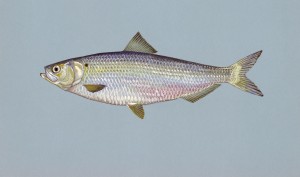 Not red at all, but blue

And so we come to the crunch.  A text for the UK’s renegotiation finally exists and in just a couple of weeks we might have an agreement and a timetable for a referendum. And so far, David Cameron looks like he’s doing alright.

This ‘alrightness’ comes at several different layers, each of which is worth unpicking a bit.

Firstly, the text itself. As expected, there was no big surprise, but the general tone was positive and constructive and there were some small, pleasant surprises. At the same time, Tusk’s proposals read like someone being very patient with someone else who’s not really understood what’s what with the Union: the reminders about all the exemptions the UK already holds, the discussion of the existing flexibility within the treaties’ framework, the spelling out of things that might be generally understood in Brussels, but not in London. For all that, Tusk has given as much as he can: his unwillingness to compromise the principles of the Union is both principled and pragmatic, since to do anything else would be to sabotage any possibility of agreement at the European Council.

The small surprises also matter. The intention to expand the REFIT programme and to strengthen subsidiarity-based reviews give some flesh to the competitiveness section, which was at severe risk of looking platitudinous. Likewise, the acceptance of repatriation of criminals from EU states has the capacity to be sold as a big win, even if it wasn’t a flagship objective.

And those flagships need it, having made limited progress. The emergency brake looks – and is – limited, control resting with the Council rather than any one member state, but it still offers some scope for action. However, that action will be both very complex to operationalise and it will be very unlikely to reduce the attractiveness of a state to other EU nationals, but the same would be true of a much stronger mechanism: it’s simply the wrong solution to the perceived problem. Likewise, the red card procedure looks good, but one has to wonder whether a legislative proposal opposed by 55% of national parliaments is going to have enough support from governments (who typically rest on parliamentary majorities to operate) in the Council. And the Euro In-Out package is essentially an agreement to not play silly buggers with each other.

However, there is enough there to say that the proposal is more than nothing, even if it’s less than promised by Cameron.

This leads to the second layer, namely the selling of this text.

Tusk has done Cameron a huge favour by publishing the draft – which is largely unheard of in European Council discussions – because it locks everyone into the text much more. Now that this gambit is on the table, the scope for someone to come in and wreck it is much reduced: the flipside is that Cameron is going to be much more limited in what he can gain from his shuttle-diplomacy over the next fortnight, but I’d guess he’ll take that as a price worth paying.

Certainly, Tusk and Cameron haven’t done this lightly. Given the breadth and the relative warmth of the welcome that was received for the proposal, both men have evidently done their homework and prepared the ground. And it’s no coincidence at all that Cameron is off to Warsaw tomorrow to pin down the Polish government on not making too much trouble. What grumbles have existed – including in the European Parliament – have been muted for now, possibly because there is no great desire to add to the Union’s list of problems – this still looks like a relatively easy win on the political agenda.

That benign reception has also extended to the Tory party, the three layer of Cameron’s alright week.

The big danger has always been that Cameron wouldn’t bring home enough bacon to assuage the moderate sceptics in the party. These are the ones who have reached highest in the party structure and the ones who could make the most credible opponents to Cameron in a referendum campaign. However, with Theresa May being thrown the small surprise on expatriation of criminals, and Boris Johnson getting the world’s most pointless piece of legislation on parliamentary sovereignty (presumably alongside a statutory instrument saying that Monday is the day before Tuesday), two of the biggest challengers have been taken out of the race. Of course, the cynic might argue – and many on my timeline have done just that – that neither of these two were ever going to campaign for Leave, but were just there for effect, fifth-columnists for Cameron’s big plan. You can see the point – and certainly Johnson never looked very convincing – but this assumes Cameron has had a big plan, which is a highly questionable proposition.

Even the backbench has been rather restrained. Yesterday’s parliamentary statement was far from the roasting Cameron might have expected. As Andrew Sparrow noted, not only wasn’t this the Corn Laws, it wasn’t even Maastricht. Given all that Cameron has suffered on the EU from his party during his leadership, to argue that all of them have been just playing a game for effect is too much of a push. Much more likely is a grudging recognition that this is likely to be as good as it gets.

And this is maybe the main point to take from this week.

As much as Cameron has built the foundations for a strong push into a referendum campaign, this is all very unlikely to solve any of the underlying issues. As he himself said, this doesn’t mean that the EU is now suddenly perfect and everything is wonderful for the UK: it’s a start. The renegotiation doesn’t change very much at all, but it does get some things on the agenda that might otherwise have languished. If Cameron does want this to mark a new point of departure for a more engaged and active UK within the EU then that’s all well and good, but he is not going to be prime minister from very much longer and his successors might well be much less keen to get stuck in.

You find rabbits in warrens, not in hats