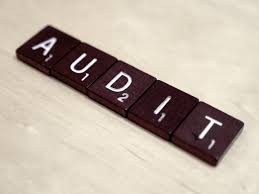 As one does, I got into a conversation in Twitter yesterday evening about the EU and its auditing:

@TaxwriterLtd @UKandEU @sarahagemann @Usherwood perhaps when the EU opens up its finances to independent audit.

The VAT Doctor felt that because the Court of Auditors, which (unsurprisingly) does the Union’s auditing, was a part of the EU, it couldn’t be independent., and that wasn’t proper.

As you’ll see if you follow the tweets, we got a bit stuck because it turned out neither of us know enough about the audit regimes in either the EU or the UK to get very far. But I’m an academic, so I’ve spent some time trying to sort it out, both for itself and for the bigger point I think it makes.

First up, the audit thing.

The Court of Auditors is indeed an institution of the EU, which gives it certain rights, primarily to bring cases to the Court of Justice. However, under Art.285 of the Treaty on the Functioning of the EU, the Court’s members are held to be “completely independent in the performance of their duties, in the Union’s general interest”. And Art.286 states, inter alia:

“1. The Members of the Court of Auditors shall be chosen from among persons who belong or have belonged in their respective States to external audit bodies or who are especially qualified for this office. Their independence must be beyond doubt.

4. The Members of the Court of Auditors may not, during their term of office, engage in any other occupation, whether gainful or not. When entering upon their duties they shall give a solemn undertaking that, both during and after their term of office, they will respect the obligations arising therefrom and in particular their duty to behave with integrity and discretion as regards the acceptance, after they have ceased to hold office, of certain appointments or benefits.”

In short, both the auditors and the Court operate separately from the rest of the EU.

But how does that compare with the national equivalent?

The National Audit Office helpfully points to the Exchequer and Audit Departments Act 1866, which says in Section 3:

The Comptroller and Auditor General shall hold their offices during good behaviour, subject, however, to their removal therefrom by Her Majesty, on an address from the two Houses of Parliament; and they shall not be capable of holding their offices together with any other office to be held during pleasure under the Crown, or under any officer appointed by the Crown; nor shall any peer of Parliament be capable of holding either of the said offices.

The NAO also notes that it is ‘independent of government‘.

In both cases, it is only the relevant body that has the power to perform the audit of their organisation’s spending. Both are organisationally separate from those they audit, and legally bound to have no conflicts of interests, but both are also still over the more constitutional level of control.

Thus, from my perspective, they are in the same position, and to criticise the EU for a lack of ‘independent auditing’ is to say the same of the UK.

Which leads to the bigger point (for those few of you who don’t care much about auditing functions).

The issue here is as much one of perspective as anything.  Part of the issue with the EU is that it is based on treaties between member states, and they can change those treaties as they see fit. Potentially, that places the Court of Auditors on a weaker setting than the NAO. Or it would if we forgot that the NAO’s setting is even weaker, namely in primary legislation that Parliament can change at any time (as happened with the Audit Commission in the last Parliament).

However, the impression is one that there is a conditionality about the EU system that doesn’t exist at a national level: ‘Brussels’ is making it up as it goes along, while my country is eternal and (relatively speaking) unchanging. A quick read of ‘A History of Auditing‘ will serve to highlight how that’s not the case, but it doesn’t change the feeling.

Attitudinal disposition matters: as has been observed elsewhere, when people don’t like some aspect of the EU, the lack of space to express that dislike tends to push those people into disliking the entire structure. But that also cuts the other way: if you’re generally ill-disposed to the EU, then you’ll tend to be ill-disposed to more specific aspects of EU activity. In an EU that is little loved (or even liked) by its populations, that is a problem, not least in the context of the UK’s referendum. Even if you tackle factual issues, you don’t resolve more emotional ones. It’s a lesson that both sides would do well to remember, both now and beyond 23rd June.