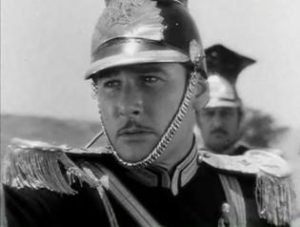 Have you ever noticed how you never see Cameron and Flynn in the same place at the same time?

After what feels like a lifetime, we move into the final weeks of this EU referendum campaign. A quick peek at the calendar only gives us five weeks until the vote and all the talk of long campaigns and attention deficits feels pushed to one side, as we flip into rushes for the line, tales of thousands of miles covered and last minute surprises.

I exaggerate. But only a bit.

So far, the real mark of the referendum has been how predictable it has been. Neither side has produced a killer argument, neither side has given any hostages to fortune that weren’t already out there. Even this week’s excursus into “EU as fourth Reich” by Boris was notable more for having taken so long to come out than for its content: I recall Nigel Lawson saying something similar back in February and no-one really noticed/cared.

It’s not that no one’s tiring to make the debate come to life. Remain, in particular, have thrown a lot at the debate, from Obama to the IMF, with a cavalcade of foreign leaders and experts bringing their gravitas and research to present a pretty robust economic case.

However, like the famous Crimean engagement, it’s magnificent, but it’s not effective, or at least as far as the polling goes. Admittedly, there’s obviously some issue around polling, which effectively places everyone in a state of profound uncertainty about who’s where. Given that uncertainty, fighting as if you still had everything to play for makes sense.

Leave appear to be taking the path of keeping back on the big guns, assuming they have them to produce. If public opinion is hard to measure because few people are really engaged, then it makes sense to wait until it’s more pressing and engaging. Of course, this might be as good as it gets, in which case the last-mover advantage is weaker. Our work on social media campaigning suggests that if there is an uptick of interest it has been small so far.

If there is a dog that has yet to bark very loudly, then it’s immigration. Vote Leave, in particular, has not been willing to go too far down that route, but there is both opportunity and incentive, given the persistently high levels of public interest in the issue. Seen in this light, Turkey might find itself been encouraged not to pull the plug on the refugee deal just yet.

Whether things will change gear in these last weeks remains unclear. Part of the problem is that the arguments are all very well-rehearsed, so finding lines that cut through and engage is very difficult. Even Cameron’s ‘security’ framing has fallen to the wayside somewhat, despite the potential it displayed.

In addition, the scope for external events to play in the debate looks to be limited. Should the Turkey deal fall apart, it will still take some time for volume of refugees and migrants crossing to Greece to reach last summer’s levels. The postponing of any major EU policy initiative, and of most of the British government’s work, also takes some of the potential for heat. The apparent resolution of the doctors’ strike is a symptom of this wind-down, and part of the reason others are looking to make advantage in the next month.

However, while this might play to Remain’s advantage, there is a sting in the tail. Turnout looks to be a crucial factor, as Leavers are much more enthused about the referendum. If the government and Remain draw too much of the life from the debate – to avoid annoying people – then they might find they still lose. Moreover, Leave have every incentive to help them make this happen. Difficult choices all round.