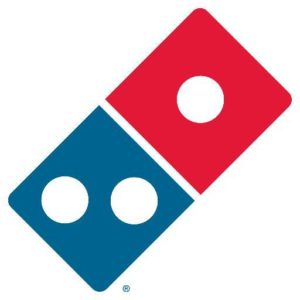 Due to circumstances beyond my control, I found myself listening to the Today programme this morning, with Matteo Renzi being interviewed. Three points struck me about this. One was that I must try listening to the radio more often. More consequentially, the second was that Renzi seemed adamant about the need to disconnect the two levels of the EU system, as he blamed Cameron for using the EU issue to settle domestic splits within his party. The third, not unrelatedly, was it is precisely Renzi’s domestic precariousness that is going to be most important in whether he can play a role in any Brexit negotiations.

With all this mind, let’s play the Euro-dominos game. Think of it as domino theory, but with special European rules. These rules include the inclusion of non-European dominos and, most crucially, the view that each domino falls for separate reasons, rather than because the previous domino has fallen. In short, it’s domino—esque.

The first two dominos have already fallen in this. Poland has returned another government that is ill-equipped and –disposed to playing a constructive role in the EU: President Kaczynski appears even less flexible than last time around, a period that took some good time to recover from.

Then we have the UK, self-excluding through its referendum and now stuck in a loop of indecision about how and whether to proceed. No one seems to know what to do, or how to do it.

Which takes us to Italy. Renzi’s December constitutional referendum is, at best, finely balanced, and looks little better judged than Cameron’s referendum pledge. If Renzi’s reforms don’t pass, then he will have to step down, opening up the way to an unstable government and/or early elections where populist dangers abound.

By that point, we’ll also have had the American wildcard of the Presidential election. If Trump pulls that off then European expectations about the future will undergo some radical shifts, especially in regard to TTIP and to NATO. Of course, this will be subverted in the short-term by the ‘Brexit effect’, i.e. everything seems fine, because it hasn’t happened yet. Only with inauguration in the new year will any actual change become apparent, by which time the Euro-dominos can continue to teeter.

France is up next, with the May Presidential elections. Marine Le Pen already looks like a shoe-in for the second round, and a Trump non-disaster state-side might help reassure voters that a populist/far-right (take your pick) leader might not be such a bad thing. Of course, French Presidents have much more power than American ones, so Le Pen could effect major changes in policy, not least pressing for France’s exit from the EU (or, at least, a referendum thereon).

All of which takes us up to the biggest, less wobbly domino of all, Germany. If all these things happen, then Germany might find itself having to make major revisions to its foreign policy. With a departing UK and (possibly) France, a non-functional Poland and Italy, and a US that seems bent on building real and metaphorical walls, the position of Angela Merkel might become even less stable than it is now. Let’s chuck in the possibility of a Turkey that gives up on its refugee deal with the EU, and Merkel’s defeat in the autumn 2017 federal elections becomes less surprising still. Even if she and the CDU/CSU can persist in a new grand coalition – the alternatives (sic) being non-viable under d’Hondt – she might feel that now is the time to protect German interests more aggressively, pushing for Eurozone integration to a much higher degree or instead walking away from the EU in its present form.

It’s helpful somethings to sketch out these paths, because it forces us to consider how things are interconnected. Moreover, as the UK referendum showed, a failure to prepare for all circumstances can lead to you finding yourself with your pants around your ankles, and nobody wants that.

But most importantly, it gets us to reflect on whether this is viable and/or realistic. And that’s where Euro-dominos – favourite parlour game of Eurosceptics everywhere – falls down (so to speak).

In the lurid scenario I’ve outlined above, most of the issues and dynamics are internal to states, so the domino-ness of it all is limited: there are natural fire-breaks, in other words. One might argue that there is another underlying dynamic of populism and I’d concede that this does matter. However, it neglects the other missing component from the scenario above – the depth of integration.

The EU is a messy compromise. That’s why so many people have a problem with it. However, their problems are all different problems and as the British are discovering – a bit too late – while there are bad points, those are (more than) offset by good points. You pay a price, but you get something for that price.

As any of the Euro-dominos fall, those states will find they are in a pareto-optimal position already, with regard to the EU: i.e. they can’t improve their position in a way that is compatible with other members’ preferences. Again, this doesn’t mean it’s a great position, just that it’s roughly as good as it can be.

The only way that this pareto-optimum will shift radically is if there is a major systemic shock. Internally, that would need a synchronisation of the domestic crises discussed above; something that looks deeply unlikely, especially if we consider the Eurozone-crisis as a proxy for this. Instead, that shock would have to come from outside. A President Trump might be part of this, although there has to be a question mark over whether he would actually follow through on his more outré ideas. Much more viable is a threat from a destabilising Russia.

But that’s another game of Euro-dominos.