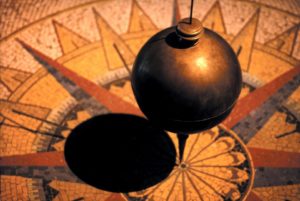 A few weeks ago, I wrote on the challenge facing the British eurosceptic movement: the achievement of victory in the referendum removes the key binding agent in the coalition of interests, with many now likely to redirect their activity elsewhere.

Since then, we’ve seen some marginal movements in affairs, including the election of Diane James to lead UKIP and the creation of various Tory ginger groups to push Article 50 along (preferably towards a ‘hard Brexit’ outcome). While none of these is determinative in themselves, they do point towards a new agenda for those eurosceptics who want to carry on the fight.

Until now, the narrative has been one of “if only we weren’t in the EU, then everything would be fine.” We’ll step over the weak/strong paradox – the UK is too feeble to stop the EU pushing it around, but so strong it could impose its will on the EU from the outside – and consider this from a more strategic viewpoint. While exit was not a viable option, this narrative provided both an emotional appeal to a brighter future and a conveniently untestable proposition. If the UK did well, then it was because it was exerting itself; if it did badly, then it was because dark and foreign forces were holding it back. Thus in its more refined version, “yes, things are alright now, but imagine how much better they’d be outside the EU.”

Of course, this was not just a eurosceptic discourse; it also seeped into the wider public and political debate. The scapegoating of the EU that all member states have engaged in over the years is a gentle reflection of this worldview and is a not-unreasonable approach to take. If there’s an opportunity to push blame onto someone else for something unpleasant or controversional, plus separate opportunities to claim credit for things that turn out well, then most people would take these, because in the short-run there’s no cost.

But as EU governments are finding now, there is a long-run cost with the hollowing of the system’s output legitimacy.

For eurosceptics in the UK, the problem is a slightly different one. In securing a Leave vote, they have brought the previously-untestable scenario very much closer to being, with all the attendant dangers that brings for them. Broadly speaking, these dangers fall into two categories. Firstly, the post-membership world might turn out to be obviously and unavoidably worse than its predecessor, while secondly, they might find that they are held responsible more directly for policy failings. In essence, leaving the EU opens up the narrative of “if only we’d stayed in the EU, things would be better.”

The events of the past weeks suggest two responses to this, linked to each other, but ultimately in conflict.

James’ election to UKIP leader suggests that the party is going to stick with the Faragist model, James being the closest to Farage of all the candidates and Farage ‘retiring’ to just his role as leader of the MEP group (i.e. still a substantial and powerful office). This model is adaptive and boradly constructed, pulling constituents from across the political spectrum on the back of general political disaffection.

However, James is not Farage, not least in her charismatic capacity (at least, not yet), so how much she can maintain the delicate balancing act – especially in the conditions outlined above – is questionable. Moreover, the changing political landscape suggests that the greatest opportunities lie in mopping up Labour voters, an option that looks set to be viable through to 2020 with Jeremy Corbyn’s very likely re-election this weekend.

So far, James has not made a big play in this direction, instead getting trapping in a “I admire Putin” trap, but her approach generally appears to be to continue using the EU as the focus of her strategy: something on the lines of “the EU continues to hold us back, despite the referendum.” This adaptation of the classic narrative works as a medium-term proposition, and especially while the government doesn’t push the Article 50 button: it suggests some collusion of Downing Street and ‘Brussels’ in denying the will of the British people, which fits nicely with the disaffection agenda.

The problem with this is that lots of people believe it, not least on the Tory backbenches. The creation of Leaves Means Leaves – Mrs May might get an honorary degree from Oxford for her services to linguistics one day – is precisely the manifestation of the UKIP logic. Because neither the EU nor Number 10 can be trusted, they have to be pushed hard, first to start Article 50 and second to create as much space as possible between the UK and the EU.

Again, this is a reasonable position if you don’t trust these bodies – why try to keep close to an organisation you find politically and economically bankrupt? But it does ultimately undermine the Jamesian adaptation of the eurosceptic narrative. By moving hard away from links with the EU, the mileage in blaming the latter for one’s woes becomes sharply reduced, not least because voters will ask why you don’t use the newly-created freedom of political action that you have just created.

To some extent, this is a transitional problem. The UK is very unlikely to collapse as a result of Brexit and eventually something that looks like a reasonable state of affairs will come about, at which point sceptics can say “see? we told you it would be alright on the outside”: if the EU continues to fail to address its troubles, then the relative performance might be that much starker. However, that still removes the very large part of eurosceptics’ raison d’etre. This isn’t World War II and there are very few eurosceptics who care about liberating the rest of the continent.

The irony here is that while eurosceptics might have achieved their headline goal, they will fail in most other respects. Euroscepticism has always been a very broad church and whatever post-membership deal the UK ends up with, it will disappoint and disillusion many within the movement: Brexit is a means, not an end in itself. As the coming years will show, all too clearly, just as there was no consensus about being inside, so too there will be no consensus about being outside. Whether that gives rise to a new community of pro-EU activists remains to be seen.