The European election fallout continues to amaze. In Brussels, Strasbourg and national capitals, the consequences of historic and contemporary decisions are working their way through the system.

Jean-Claude Juncker’s election to Commission President might have been a shoe-in, but he still had 250 votes against him and the maths suggested that not all his grand coalition supported him. As he works through his programme, that might herald more difficulties in steering legislation through a Parliament that is still coming to terms with its new configuration.

But Juncker looks like not being the main news of the week – he’s now a part of furniture around which other posts have to be filled and deals done. Last night’s failure to agree on a European Council President or High Representative was half-expected/feared, especially given that all the suggested names seem to have marks against their names. The next five weeks until the next attempt at the end of August look someone’s effort to ruin the summer holidays of as many politicians as possible. 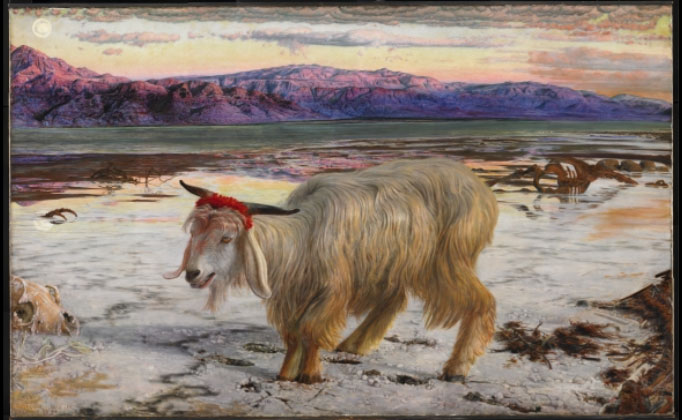 However, it has been the British government reshuffle that might prove to be the most consequential event of the week.

David Cameron had been long-trailed to move people around, but few had expected the extent of the changes. I’ve written a piece for OUP that talks about the general logics, but it’s worth exploring what it all means for the government’s European policy.

The big motor behind the reshuffle was the 2015 general election: remove the PR problems (e.g. Gove); push women forward, to rejoin Labour attacks; and put a more eurosceptic Foreign Secretary in post, to offer succor to backbenchers about the commitment to renegotiation-referendum strategy, while getting a fixer into the Commission.

At the same time, by leaving things until now, Cameron also seemed to have made a calculation that not much can actually happen before election campaigning kicks off properly, so the substantive damage will be minimal. HMG can sound tough, but other member states can wait until May to find out whether it means anything or not. Everyone’s got something to live for. Job done.

This morning’s suggestions that Cameron might unveil plans in the autumn to propose a manifesto commitment to a British Bill of Rights that would trump the ECHR looks very much like a repeat of the whole of his period in office: Cameron tries to hold a moderate position, his backbench push, Cameron concedes ground. In this case, the removal of Dominic Grieve as Attorney-General took away one of the main barriers to this proposal – which has the air of something that’s been in preparation for some time – and looks superficially like a good bet.

Essentially, the proposal would mean that Parliament would reassert its sovereignty over the ECHR, so that the former didn’t have to suffer more of the tribulations like prisoner votes or Abu Qatada’s (non-)deportation. Formally, the UK would remain a signatory to the Convention and the hope would to be trigger more of the Court’s reform that the UK has long pushed for. Cameron gets to chalk up some credit and it’s not even actually the EU, so they won’t mind either.

Sadly, this all betrays the lack of understanding of both backbenchers and Cameron himself. For many backbenchers, there is scant awareness that the ECHR and EU are separate bodies, and where it does exist the EU’s requirement for member states to also be ECHR signatories merely reinforces their intent. For Cameron – never one for details – this is all just so much fine-print that can be sorted at the appropriate point.

Again, the main logic here is one of winning the next election, which hangs tantalisingly close to the Tories’ grasp, in their view. Even if the polling doesn’t quite bear that out,  it stands as the lodestar for Cameron: until the election is won, there is nothing else to be done.

At which point it’s useful to look at things from the perspective of others.

For Juncker, he is confronted with a British nominee, Lord Hill, who is largely unknown (and who has not tried to make himself known this week either). Hill already comes with the handicap of not being a woman, to which Cameron has added the difficulty of being very vocal about getting an ‘important’ portfolio – much as with trying to block Juncker himself, Cameron leaves lots of downside risk at a time when interlocutors are not minding to be generous. In Cameron’s favour is the principle that large member states tend to get decent roles in the Commission: a quick glance at the record suggests that only Ivor Richard didn’t do particularly well in the 40+ years of British membership. At the same time, if the Tories do win next year, then we will enter the renegotiation, so why waste a good role on someone who will be at best distracted and at worst absent/packing up?

For other member state leaders, similar considerations apply in the ‘top jobs’ debates: even if the UK isn’t pushing for one of its own, does its support or opposition to a candidate really matter? In practice, there are enough splits between them for this not to be a big issue, but even in a marginal situation, Cameron looks like a man fighting a different battle to everyone else.

And this is the real problem. Until the election, no one knows what’s happening with the UK and the EU.

If Labour win, then as long as Milliband doesn’t offer any more tightening of policy, then the Cameron administration will look like an aberration and there can be some effort to rebuild bridges. However, this will be strongly limited by the degree to which the Tories fall in on themselves and  indulge their more sceptical parts: if they enter the 2020 election with a commitment to reform or even to exit, then that will make for some very painful discussions.

If the Tories win, then all of this week’s decisions will come home to roost. Hill will become a broker of sorts, as will David Lidington, the Europe minister, who has been going a good job of making connections with a wide range of people. Philip Hammond, the new Foreign Secretary, might not stay in post but will have had nine months to set a tone. The ECHR proposal, if adopted, will cause much legal and political difficulty, even before we get to the renegotiation.

That renegotiation remains undefined and elusive, largely because the Tories themselves don’t know quite what they want. As Kosmopolit noted in an excellent piece yesterday, to say you want ‘reform’ is both unanswerable – who doesn’t think the EU needs some change? – and unhelpful, because it has no intrinsic substance. It’s not unreasonable to think that Cameron wants to keep it like this, to maximise his wiggle-room should he have to pony up, but it makes for deeply unsatisfactory political debate.

In sum, this is the usual pay-off in political life: the short-term versus the long-term. Cameron might think that his decisions will be justified by the election result, but if he does win, then he will be held to positions and policies that look at best misguided and at worst badly counter-productive. To make a scapegoat of the ECHR – which has been a strong champion of human rights and rule of law across post-Communist Europe – will compromise a strategic British interest in bolstering that region. Similarly, the EU needs more than some crossed fingers to find a stable resolution, for both the UK and other member states. Something to think about over the summer.