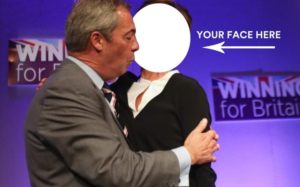 The announcement by Diane James that she was ‘not formalising’ her election as leader of the UK Independence Party (UKIP) has brought the party back into the public eye, albeit for bad reasons.

Citing a mix of lack of support within the senior ranks of the party and personal reasons, James has become the latest in a long line of UKIP leaders who have found the position to be one fraught with problems and difficulties. Indeed, one of the most persistent characteristics of the party has been precisely the travails of finding (and keeping) an effective leader.

Since its foundation in 1993, UKIP has experienced problematic handovers in almost every single instance, beginning with the ejection of Alan Sked – the initiator and first leader of the party – in 1997, over charges of BNP entryism and poor electoral performances. Subsequent appointments led to repeated internal struggles for control, with legal challenges, splits and departures and – in one case – a wholesale, over-night removal of the party headquarters from London to the West County.

Even in the more recent years of UKIP’s ascendancy, managing the leadership role has been problematic. Nigel Farage stepped down to contest the 2010 General Election, only to make a prompt return after the poor showing of Lord Pearson, who appeared unaware of the party’s manifesto. Farage’s subsequent attempt to step down after the 2015 election resulted in his ‘unresignation’ a few days later.

As an exposition of the difficulties of running a modern political party, UKIP makes an excellent case study, but it also raises the question of why this should be.

A useful starting point for this is a reflection on the nature of the party itself. Unlike all its national competitors, UKIP is not an ideologically-driven party – or, at least, not driven by any one ideology. Its roots lie in the mobilisation of anti-European Union sentiment in the early 1990s, at the time of the Maastricht Treaty and the perceived lack of effective parliamentary challenge to a process that was gained rapidly in public attention. Sked’s original vision for the party was one of securing enough seats in the European Parliament – and then not take them – to force a constitutional crisis and the UK’s exit. Even as that approach softened over time, it was only in the mid-2000s that any work began on what else the party might be for.

The strength of this approach was that it created a very broad church. Nigel Farage was the first leader to effectively capitalise on this, making UKIP a home for activists and voters from across the political spectrum, giving them a space to voice their discontents and disaffection with all matters political. As demonstrated so clearly in Revolt on the Right, this allowed the party to capture many old Labour voters in the early 2010s who had felt ‘left behind’ by the political system and social change.

The price that the party has paid from this is two-fold.

Firstly, the question of “what is UKIP for and about?” is essentially contested in the party. There are several different elements within UKIP – from libertarians and conservatives to socialists and anti-establishmentarians – none of which has achieved the predominance found in other parties. Moreover, much of these elements is defined by what is disliked and opposed (unlimited immigration, membership of the EU, ‘the system’), rather than by what should come in their stead.

Consequently, any UKIP leader needs to have either the ideological flexibility to fudge positions that keep these different groups together or the institutional power to override opposition. Arguably, Farage has been the only leader to have maintained both of these elements throughout his time in office (which partly explains why he was in office for so long).

Secondly, the constant evolution – in policy terms and membership – has made it hard to develop a central cohort of activists who can provide leadership (and leaders). In this, UKIP suffered particular problems in its early years by creating a very open and large organisational structure, which meant that almost anyone who wanted could walk into a senior job role. As anyone who works with any organisation knows, ambition is not the same as ability, and the balancing of power found in UKIP typically resulted in gridlock, especially when the leadership was up for grabs.

While Farage has cut back substantially on this, centralising a lot of power in the leader’s office, the tensions remain, not least between the leadership, the National Executive and the MEPs (who still operate at arm’s length from the rest of the party). Couple this to be huge increase in members of recent years and the need to populate numerous local branch offices and once more the recipe is for personality clashes and jostling for position.

Most obviously, Farage’s ruthless winnowing away of any internal challengers to his position over the years meant that the 2016 leadership election was a choice among a much weakened field. Succession planning is effectively absent in the party culture, so the people with the most public profile and experience were those most likely to find themselves excluded from running. Theshambles of actually determining who could run was merely the icing on the cake.

Beyond this, Farage has continued some of his public profile. While not exactly backseat-driving, à la Thatcher, his willingness to step in front of a camera was always going to remind party members of his existence. This has been reinforced by the activities of Aaron Banks – UKIP’s main financial backer – to set up a new movement on the basis of his Leave.EU group from the referendum, in which Farage might be the lead figure.

Finally, the power of Farage as a charismatic politician, especially among UKIP supporters, remains strong: his exit after the EU referendum was a good example of leaving on a high. This, together with his track record of stepping back ‘for the good of the party’, means that he remains a viable option to pick up the pieces. This has meant a good deal of pressure on the party to bring back its star player, undermining James’ position.

At the time of writing, UKIP has announced that Farage will be stepping back in on an interim basis. However, whether this turns into something more permanent, or there is another leadership contest, the party is going to find that its difficulties have not gone away at all. None of the points outlined above have changed since last month and UKIP still has many big questions to get to grips with. Whoever the next leader is going to be, that will be a very tall order.

This post was originally written for the PSA Blog.