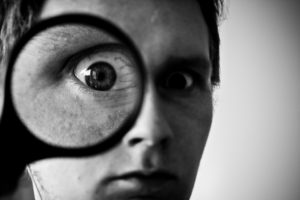 Of the many, many frustrations about Brexit, one of the most paradoxical has been the lack of scrutiny.

On the one hand, there has been almost endless public criticism and debate about the outcome of the referendum, with endless holes being picked in whatever is offered up by those in positions of power. But on the other, until now that has not translated into official mechanisms for holding people to account.

In part that has been the result of a noticable degree of denial by Remainers: during the summer, the efforts seemed to be poured into reversing or over-turning the June vote. Certainly, in the public events I spoke at, the large majority of ‘questions’ from the floor where about this.

But as autumn has arrived and it has become clear that May is determined that Brexit means Brexit and that no viable means exists to block or go back on the expression of public will. Coupled with a Labour leadership that can finally look beyond its own navel and the nominal establishment of a timetable for Article 50 notification, and we finally see moves to get scrutiny in motion.

Of course, this week’s events are somewhat coincidental: the High Court case starting today has been in the making almost since the June referendum itself. The case – to determine whether the government needs Parliamentary approval before Article 50 notification – is important in setting down a marker, both for the government and those challenging it. For the latter, the case represents a clear opportunity to establish clear legal principles that can be relied upon further down the process of withdrawal. For the former, it will highlight how important they feel it is to retain as much control as possible over leaving. One might take a cynical position and argue that the case is useful for the government should it feel like footdragging, because a defeat would give it good reason to delay further on notification, especially if it challenged the outcome: respecting the rule of law is a pretty good defence, especially if you’ve draped yourself in the flag of sovereignty.

Meanwhile, the installation of Keir Starmer as Shadow Brexit Secretary last week has led to the rapid push to both a debate in the Commons and a list of 170 questions posed to the government. These, together with some more pointed challenges by Jeremy Corbyn in Prime Ministers Questions, all suggest that someone within the senior Labour team has developed a plan of action that is acceptable to the leadership. Most notably in this, Remainers in other parties are working with Labour to coordinate their challenges and attacks, which raises the spectre of no Commons majority for May, should it come to a vote. Hence the unwillingness to stand in the way of the Labour text on the need for Parliament scrutiny.

Important in all this is a tack by Remainers to present themselves not as Remainers but as people desirous of the best outcome of the Brexit negotiations. Repeatedly in yesterday’s debate, speakers made the point that they did not want to stand in the way of the referendum outcome, but did want to make sure it was achieved with the minimum of problems and the maximum of benefit for the UK. If we take this at face value – and there’s no good reason not to at this stage – then having more eyes on the situation must ultimately be to everyone’s advantage.

The niggle – and it’s one that some as taking as a very big niggle – is that this is a subtefuge for obstruction; in askign for scrutiny, the ‘bremoaners’ are actually just chucking obstacles in the road to serve some ultimate agenda of staying in the EU. This is a classic play from the more paranoid fringes of the eurosceptic movement, who see plots and plans in everything. That this comes after a year that has demonstrated more clearly than ever that no-one has a plan, let alone a plot, should serve as a benchmark of how to judge this.

The ultimate difficulty here is the one that was immediately obvious after 23 June: namely that the referendum did not have “a meaning”. Instead, it was a vast array of ideas and attitudes, all collapsed into the binary of Leave/Remain. All that has followed has been an attempt to define and claim the meaning of the vote, so as to control the debate and the direction of travel. While May has done her level best to lead on this – seen most clearly in her speech to the Conservative party conference – she is not able to determine it all.

As Parliamentary scrutiny picks up and as more political actors put their efforts into trying to deal with the nuts and bolts of Brexit, so a new, broader consensus is likely to emerge. But time is running out for those who want to have an impact.

Why does UKIP find it so hard to manage changes of leadership?

The Great British Muddle Through