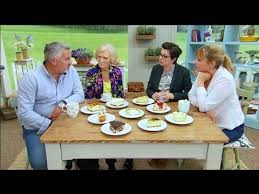 Anyone in hope of elucidation on Brexit this week will have been a bit disappointed, even by recent standards.

With submissions to the High Court providing no killer arguments either side – and both sides firmly stating that any loss will be challenged up to the Supreme Court and an immigration debate that has sunk to the level of whether someone looks like a child or not, there has not been much advance in our understanding of what might happen, or how.

To underline the point, a discussion this morning at Chatham House on public opinion pointed to further issues.

Put briefly, the British public doesn’t really know what it – collectively – wants from Brexit, except that it wants something substantially different from what currently exists in the UK-EU relationship.

Immigration is important, but less so when placed against assorted trade-offs, and immigration control might be just part of a bigger competence issue about the ability of a government to make decisions for itself. And all of it might collapse or change radically when confronted with some concrete proposition.

This matters for a variety of reasons. Most obviously, if people were voting to take back control, then that becomes very difficult if there’s no consensus about what that control might be used for.  It also complicates matters for a government that is now committed to triggering Article 50, but with no fixed agenda of objectives. And in the end it will mean that a sizeable chunk of the population is going to end up disaffected by how things have turned out, to the detriment of the democratic system as a whole.

But let’s step back, before we end up catastrophizing some more. Politics is always a contingent and conditional process, a series of best guesses about the present and the future. Yes, the scale of the contingency is greater on this occasion, but the principles remain the same. So let’s try to sketch out a muddling-through path for Theresa May.

The starting point is probably the inchoate nature of public opinion. If we assume that people will follow May’s lead, because she seems to know what she’s doing and she has the confidence of her government, then the priority then becomes keeping that confidence. Thus, any Article 50 deal will need to keep backbenchers onside, rather than any particular voter demographic.

Following on from this, we might assume that the public’s attention is limited and will be swayed – in part, at least – by broader concerns over whether one’s job is secure, or the volume of immigration is falling (which it might, given the fragile state of the economy). It’s not such a stretch to suggest that the government might take the view that as long as they look like they are on the Brexit case, people will give them a broad pass.

Based on these assumptions, two paths offer themselves.

The first is the semi-permanent transition. Here, the UK keeps its Brexit wishlist short, when making its notification, focusing on a stronger brake on free movement. The EU27 then take that as a lead and offer a simple deal under Article 50, with the bare minimum of elements. This includes budgeting, staff pensions for UK nationals in the institutions and re-location of EU agencies out of London, as well as a mechanism to set in train a new negotiation for the relationship. In short, the UK becomes a member in all but name, losing representation and voting rights, but with a clear process from moving to a new relationship.

Because that new negotiation will be very big and complex, it will also be slow, with the capacity to last at least a decade. The government would defend itself by saying it had secured formal exit and a limit of immigration and was working now on getting the best deal for the country, and would then largely hope that this would bleed the eurosceptics’ blood. In time, attention would drift and a solution favourable to the UK and EU27 would emerge in its own time, away from the heat of recent years.

The problems are obvious: flashpoints could occur at any stage, and carrying the process out over more than one Parliament would risk some other government taking it somewhere unexpected (or unwanted). In particular, the meagre majority that the Conservatives currently enjoy make it easy to force matters on the Cabinet, which itself is split in various exciting ways.

Also problematic would be that limiting the size of the Article 50 deal to a bare minimum also limits the UK’s leverage, since it pushes the new relationship into a period when it is formally a third state, rather than a member state.

Which leads nicely to the second option, namely the Article 50 splurge. Here, the government puts everything into its Article 50 requests and tries to do it all in one go. This cuts down the transitional problems, maximises what influence the UK has over matters and cuts the backbench grumbles to a minimum.

It also makes any discussion about extension of Article 50 more viable, especially if there is seen to be good progress in resolving issues. Path-dependency suggests that the EU27 will not want to throw away two years of negotiation unless it looks fatally flawed, especially if the rest of the political agenda continues to demand their time. It cuts out the need for transitional arrangements, because the UK would remain a member state until its conclusion.

Which is the obvious flaw in this.

To return to the start of this, the big question is going to be what can be sold by May to her party and (then) to the public. At the moment, the betting would have to be on the former being more of a problem than the latter. As Daniel Korski’s very frank piece today underlines, not having a strategy and a vision can come at a very high price.

Where Brexit leaves the UK and the EU