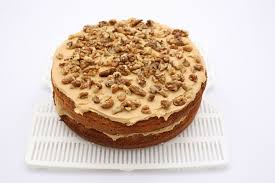 As the nights have drawn in and the mercury has dropped, thoughts – in my neck of the woods at least – have turned to that important festivity of the six month-iversary of the referendum. Even though we’re little over five months on, we’re starting to see the wave of events asking us to reflect on the vote and on 2016 more generally.

From my perspective, the key paradox is the mix of radical rupture and apparent stasis in the British political scene. On the one hand, we have had a fundamental change of direction in the UK’s engagement with the international system and a shaking up of the party political system. On the other, we have many of the old hands still on deck and – most crucially – we still have little sense of how those old hands will pursue Brexit.

It is little exaggeration to say that we know about as much on this now as we did on the morning of 24 June, i.e. hardly anything. Whether it’s the totemic incantation of “Brexit means Brexit” or the “have cake and eat it” notes spotted this week, there is only the sense that the cunning plan gambit has failed to materialise. Of course, this is not surprising, because there is no cunning plan, no way out – in practical terms – of both limited free movement of people and not limiting free movement of goods, services and capital.

Earlier in the autumn I thought that there might be some flexibility on free movement of people from the EU27, who have other reasons to think about stepping back from a maximalist interpretation, but this has closed down of late. This is due to a more general hardening of the position that negotiations can only take place under Article 50 and mutual reassurance that the UK cannot be given a pick-and-mix deal as a reward for departure. That’s not unreasonable, especially given the growth of concern about populism post Trump (and pre-Le Pen), and the general air of messing about in London.

As David Allen Green rightly pointed out, the fight that May has to deal with is more about how she manages public opinion in the UK than it is about the EU27. It’s pretty clear that the UK can go low or high into Article 50, either retaining the four freedoms or binning them all (broadly speaking): the 27 might prefer the UK to keep them, but will cope either way. Thus it is the domestic audience that matters, because the UK government – and, to a less extent, the other member state governments – that have to get any deal approved, either formally (in parliament) or informally (in their party, the press and – eventually – elections).

If we assume that the deal side of things is broadly fixed into the high/low options, then we might usefully consider that what May is now doing is applying Lukes’ third face of power. Since she can’t impose her preferences on the public (first face) nor control the agenda (second face), she’s instead going to try and change what people want.

This really came home during this week’s exchange of letters with Donald Tusk, who rightly pointed out that the EU27 await the UK to get going with negotiations, so any uncertainty over the status of UK nationals in the EU rests firmly at the UK’s feet.

This has been part of a longer-running thread, of refusing to confirm rights for EU nationals in the UK without first getting confirmation of UK nationals’ rights in the EU. This is bar-room politics at its worst, since all sides have international treaty obligations to protect these individuals, while the alternative of forced removal is not credible, even in these febrile times: so reciprocal guarantees will be forthcoming. But May presents the situation as having an ace in her hand.

Language matter here. As the bots keep telling me on Twitter, ‘expats’ are just ‘our’ migrants. Much of the British public has a problem with immigrants, but hardly anyone has a problem with expats. Since I assume May is a well-informed and thoughtful individual, I also have to assume that she knows full well what she is doing here and the simplest explanation I can see is that she is seeking to kick up a mess about ‘expats’ so that there’s an outcry from the media and her party to act to save them. And the only way she can do that is by granting reciprocal rights to EU nationals, which might well include free movement (assuming the ‘expats’ want that too – which I’m guessing they do from my passage through Malaga airport last month).

In short, May is seeking to reframe the public debate, so that the weight of the ‘people discussion’ falls on ‘expats’ rather than ‘immigrants’. And if you couple that to the growing sense that people might be more open to the trade-off of market access in return for freedom of movement, then you have a basis for the high deal in Article 50.

Whether this will work, or can work, is a different issue. The fight over Parliamentary approval of Article 50 notification has distracted many in her party and the press, but at some point this effort will get noticed and attacked. Then it will be a question of how skillfully May can defend her position, which has not yet been seriously challenged. Someone did note to me the other day that the Tories won’t want to eject May because that would mean a second Prime Minister without an election: given how high temperatures have risen in the party, even that might not be enough to stop another regicide.

Making an unamendable A50 bill – UPDATED