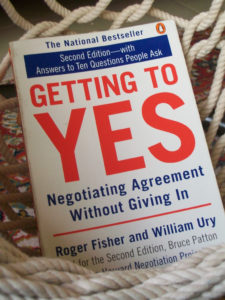 Yesterday’s Labour motion on Brexit marked an important step for the party. For the first time it had managed to push the government on the strategy for the Article 50 negotiations, leaving the government little option but to engage in some Parliamentary wrangling to try and deflect the on-coming threat of backseat rebellion. Keir Starmer looked to be in good control of his brief, after many months of Labour indifference/in-fighting on the subject.

That’s the positive reading, and not one that I totally buy.

The gaps remain glaringly obvious. Most importantly, the commitment to provide Parliament with plans is the vaguest of things: there was no specification of content or length. Moreover, David Davis’ observation that it was ‘inconceivable’ that Parliament wouldn’t get to vote on the outcome rightly left many feeling that this was itself no guarantee:

The last point I want to make to the Secretary of State concerns the question of a vote on the final deal. I heard him say today, “I expect there will be a vote”. Well, I expect that the District line will turn up within five minutes, but today there were longer delays. He said, as I understood it, that it was inconceivable that there would not be a vote. Well, some people would have said it was inconceivable that Donald Trump would be elected President of the United States. It does not fill me with a great deal of confidence. I gently say to him that the simple response to the question, “Will there be a vote when the deal comes before us after the negotiation?”, is to stand up, look the House direct in the eye, and say, “Yes, there will be a vote.

In addition, the government amendment on timing will certainly be used as leverage to push through any notification bill that might result from the Supreme Court case now underway, although given the weakness of the rebellion last night, there is no immediate danger of that bill being defeated.

In short, it was a bit of political theatre that essentially highlights the depths of the UK’s position overall.

Firstly, it demonstrates that Labour remains hamstrung on the EU. Starmer has a plan for Parliamentary scrutiny and oversight, but doesn’t have his party leadership behind him to make that work. Yesterday had the feel of a missed opportunity for both sides of the party: the Richmond Park by-election should underline that the government operates on a very small majority and that only concentrated action by Labour will enable that to succeed. Given the position of the SNP and LibDems, that suggests that common ground lies more to the Starmer end of options that the Corbyn one, but if 2016 has demonstrated anything, then it is that Corbyn holds his beliefs very strongly and will expect others to cleave to him.

Secondly, it also demonstrates that the government still lacks a plan. All the fuss around the motion might have obscured this basic fact, but it has ended up making matters worse. The line that one holds one’s cards close sounds good, but it also gives the impression that a) the UK will be a tricky negotiating partner, always pulling surprises, and b) that it has surprises to pull. that’s just bad negotiating strategy, especially when retaining the good-will of the other parties is a baseline requirement. Ultimately, the costs will fall on the government, as the EU27 take a more cautious approach and as the public realise that there is no secret prize-winning move to be pulled.

Theresa May has learnt much from her predecessor about not over-promising: this has been the bedrock of her strategy to date. But the under-promising also comes with dangers. Canniness quickly turns to looking like cluelessness. The Supreme Court case is a glaring demonstration of this. The government has fought the legal challenge repeatedly, but seems to find itself being backed into a corner where it not only has to pass a bill in Parliament, but potentially also involve the devolved assemblies too. As much as a referral to the CJEU looks unlikely, the outcome is based more on hope than conviction. Ungenerous souls might say that the government wants to be pushed like this, since it will offer more opportunities for delay and time to think about how to deal with this.

However, as the Brexit saga has repeatedly demonstrated, those who do not shape events are doomed to be shaped by them. That has been especially true post-referendum, where plans and strategy are in very short supply. Both Labour and the Tories might reflect on that.

The third face of Brexit