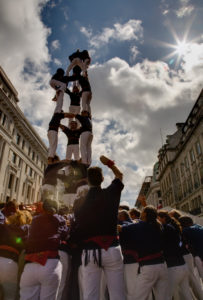 As I mentioned last week, I’m resolved this year to making a more positive contribution to the Brexit debate than telling you all the ways it’s a mess (or, indeed, a clusterf**k).

Obviously, this actually means trying to find a way to get input from more people than just myself, since the abiding impression of the past six months is that no one person has got all the skills needed to do this alone. Together, we might have more of a chance.

So here’s the deal.

I’ve set up a wiki at A50Project, where I’m hoping you (and I) can try to produce a minimal text for an agreement between the UK and the EU. I set out the idea on the page, but it’s useful to rehearse some points once more.

Firstly, I’m making an assumption that in any form of departure there will be a number of issues that need to be resolved (or, at least, flagged for resolution): in the first instance, the A50Project will focus on setting those out, with a form of words. Only once we get that done will there be any move towards something else.

Secondly, by trying to write a legal text, we might have more defined sight of the issues involved and the ways to address them. Think of it as a very basic tiredness with “what does ‘access to the single market’ actually mean?”-type questions.

Thirdly, I’m very determinedly not setting this up as a UK-based project, or an EU-based one, or as one asking politicians. I’m hoping that the kind of people who’d be interested in taking part are people like you: a mixture of academics, commentators and interested members of the general public. Yes, I know that this work should really be done by those in elected office, but frankly like is far too short. Plus, the best way to contribute to the debate is to bring something to it, and since I’m not aware of any other effort to do this work elsewhere in the public domain, we’ll be bringing something.

Of course, a lot of this hangs on you.

I’m comfortable with lots of aspects of the Brexit debate and what’s out there, but my legal training runs to a module in my undergraduate degree, plus many hours of being told by the head of Council’s legal service how the Council is the most important part of the EU. That’s not really enough.

So I’d really like input from legal types, those in public administration, even economists (although I’m not sure how much economics there is in this). In short, more eyes means more discussion and more robust output.

So far, I’ve only had a stab at a preamble, but in the coming days I’ll set up sections for the rest of the text, to which you can add.

I travel hopefully on this and hope that you find it useful too.

The substance of Brexit

Theresa and the awfully big adventure