Contestations inside ethnic rebel groups are central to the trajectory of peace and conflict in Myanmar. 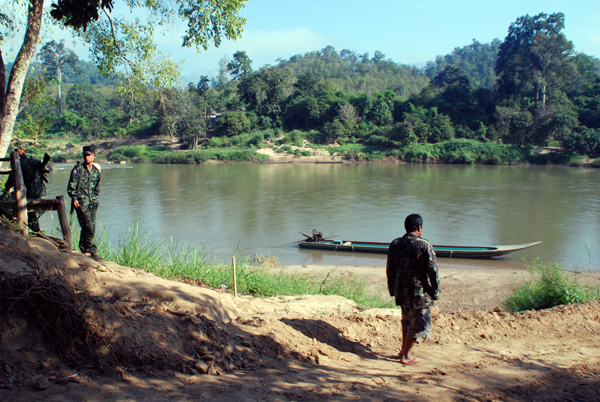 As Myanmar’s government prepares for a long-delayed second round of its Union Peace Conference, also known as the ‘21stCentury Panglong’, it remains unclear which of the many conflict parties will actually attend. Some ethnic armed groups that did not sign the Nationwide Ceasefire Agreement (NCA) indeed remain locked in combat and are likely to abstain. To government officials and international donors, it thus seems all the more important that the country’s oldest ethnic insurgency, the Karen National Union (KNU), supports the government-led peace process. A closer look, however, casts doubt on the degree of this support and points to wider, significant shortcomings within Myanmar’s national peace process.

At first glance, the KNU indeed seems like an important champion of Myanmar’s official peace process. This is even more so after its conciliatory Chairman Gen Mutu Say Poe cemented his position by winning the internal leadership elections on the 16th KNU congress in April 2017 against a less-compromising internal opposition, led by Naw Zipporah Sein. That said, the KNU’s rapprochement with Naypyidaw is anything other than self-evident. In fact, the KNU has long been regarded as Myanmar’s least compromising rebellion. It has, for instance, continued its armed struggle at a time when most other ethnic insurgencies in Myanmar entered bilateral ceasefire agreements during the 1990s and 2000s. Only after Myanmar’s military leaders initiated wide-ranging political reforms in 2011, the movement agreed to a historic ceasefire on 12 January 2012.

Against the background of Myanmar’s transition, the movement’s changing outlook has often been regarded as the direct outcome of wider political change. While this seems intuitive, political transition cannot account for the simultaneous escalation of conflict with rebel groups whose own long-standing ceasefires collapse, most importantly with the Kachin Independence Organisation (KIO). It is also ill-suited to explain the mounting tensions that have emerged within the KNU between a pro-ceasefire leadership and an internal opposition that criticises the movement’s rapid rapprochement with the government.

In an article recently published in Asian Security, I argue that these divisions are central for understanding the movement’s past, current and future trajectory. Instead of being the result of wider political transition, the rapprochement between the KNU and Naypyidaw has foremost been driven by the power struggle between two rival factions within the movement. In order to understand how internal contestation impacts the external strategy of the KNU, it is important to trace the origins of these internal fissures and explain how they translated into the divergent outlooks that exist within the group and the competition for leadership. While the KNU has always been a heterogeneous movement, the two different factions that we observe today emerged after power relations inside the movement had shifted considerably due to military challenges and geopolitical transformations at the Thai-Myanmar border.

Militarily, the KNU lost ground to counterinsurgency offensives since the early 1990s, not least after rival non-state armed groups emerged from increased fragmentation of the main movement—most importantly the split of the Democratic Karen Buddhist Army (DKBA) in 1994, which was caused by the mutiny of Buddhist soldiers dissatisfied with discrimination within a Christian-dominated movement. Geopolitically, the changing bilateral relations between Thailand and Myanmar brought powerful, outside economic interests from Thailand and Myanmar to the former periphery. While liberalising trade policies undercut the movement’s revenues from illicit border trade, infrastructure construction allowed the state to territorialise formerly off-limit territories, cutting deep inside the KNU’s ‘liberated areas’, locally known as Kawthoolei. These had divergent impacts on the movement, weakening some of its regional brigades more than others, not least by dis-embedding the insurgency from local communities in some areas in particular.

Southern and central brigades of the KNU’s armed wing, the Karen National Liberation Army (KNLA), have traditionally controlled most smuggle routes, which turned them into the movement’s powerhouses. Yet, they have been severely challenged by incoming military and geopolitical pressures. Brigades 4, 6 and 7 in particular lost large swathes of territory, military strength, and were dis-embedded from local communities. This has severely challenged the authority of their leaders among local communities and their own rank-and-file. In contrast, the northern units of the KNU, including Brigade 5 and 2, remain relatively isolated and emerged as the last stronghold of the Karen insurgency. In contrast to their central and southern comrades, northern KNU units have maintained comparatively strong control of territory, over which they continue to rule as a quasi-government, delivering social services and security in return for taxes and recruits, and in effect maintaining reciprocal relations to local communities. External pressures have thus effectively shifted the KNU’s internal power balance from its traditional backbone in central Karen State to the north. 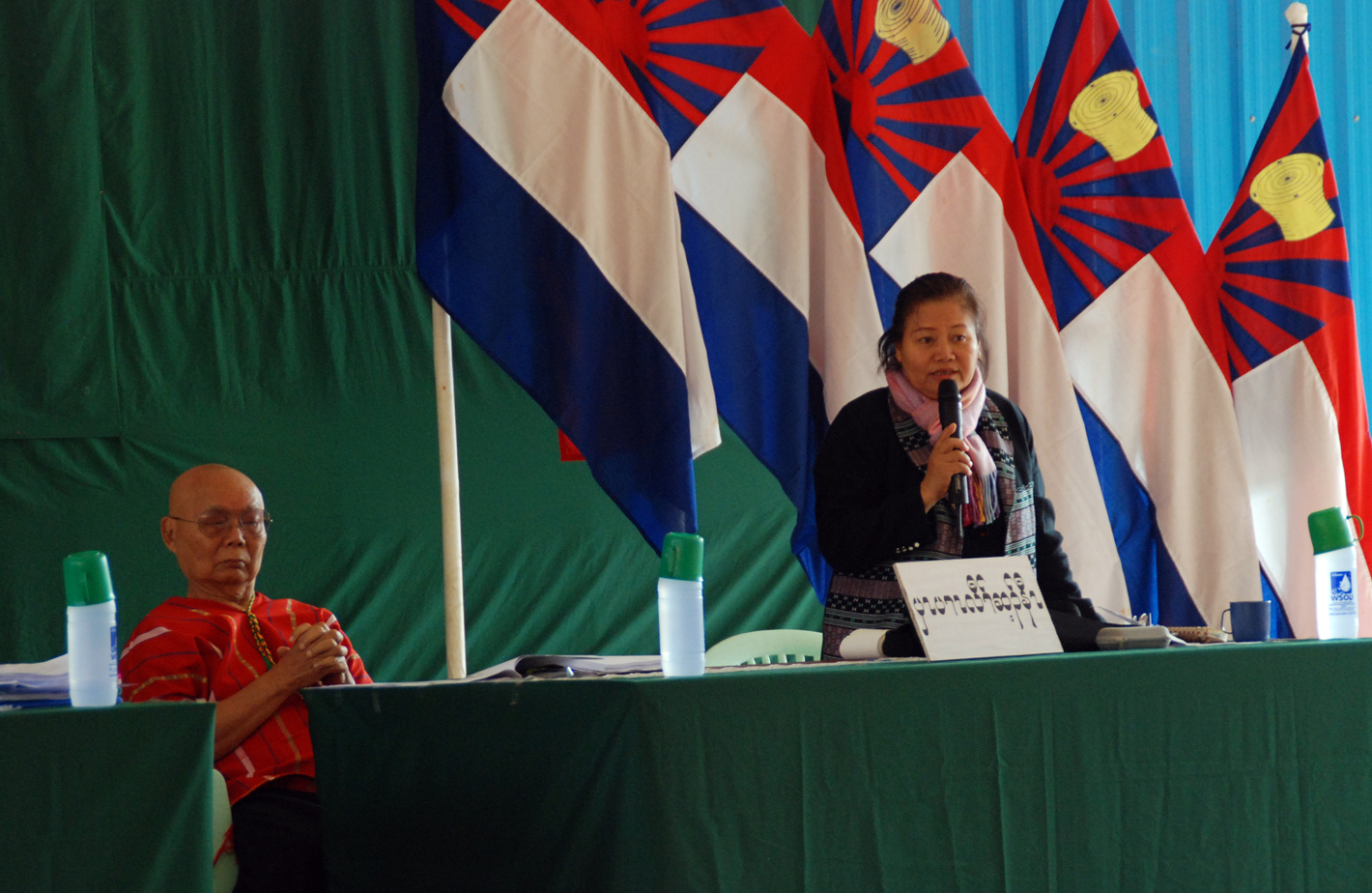 This has, in turn, given rise to two competing factions in the KNU leadership and their diverging strategies towards the state, the movement’s ceasefire and the current peace process. The rapprochement with the government was led by central brigade leaders who sought to compensate for their declining power and authority. Indeed, Gen Mutu Say Poe was previously the leader of Brigade 6, his Chief of Staff and trustee Saw Johnny formerly commanded Brigade 7 and former General Secretary and now Vice-Chairman Saw Kwe Htoo Win was KNU District Chairman in the area of Brigade 4 at a time when its units had to give way to a large-scale Tatmadaw offensive along the corridor of the Yadana pipeline. On the other hand, the internal opposition surrounding former vice-chairperson Naw Zipporah Sein is supported by the movement’s northern brigade, most importantly the strong units of Brigade 5. Indeed, one of her closest trustees KNLA’s Vice-Chief of Staff Gen Baw Kyah Heh was previously the long-term leader of Brigade 5.

Understanding these internal contestations is not only important to explain the KNU ceasefire. It is also crucial for addressing these fissures, without which a meaningful rapprochement between the government and the KNU as a whole is unlikely to continue. In its current form, Myanmar’s peace process is ill suited to accommodate such intricate dynamics. This said, ignoring the grievances, concerns, and power interests among dissenting parts of the Karen movement is unlikely to yield peace and stability in the country’s war-torn eastern borderlands. In fact, the escalation of large-scale armed conflict between various ethnic armies and the government in Myanmar’s borderlands to China should serve as a potent incentive to address these issues.

At the heart of the renewed civil war in the country’s north was the breakdown of a 17-year ceasefire between the Kachin Independence Organisation (KIO) and the government in 2011. As shown elsewhere, the breakdown of the Kachin ceasefire was indeed driven by dynamics similar to the ones observed here. They also included a power struggle between a conciliatory leadership and an internal opposition. The latter successfully remobilised the insurgency upon the growing resentments among its rank and file against a ceasefire that benefited some elites but did not address the political demands of the movement. For many of the movement’s grassroots the ceasefire indeed perpetuated insecurity and impoverishment by opening the flood gates to destructive ceasefire industries, surrounding large-scale, unsustainable mining and logging. Reports by local human rights organisations highlight how similar post-ceasefire developments are unfolding in Karen State, including increased militarisation, land grabs, environmental destruction and securitised infrastructure construction at the hand of military-backed extractive industries.

While the KNU’s official line will remain supportive of Myanmar’s peace process for the foreseeable future, the internal tensions within the Karen insurgency remain high and point to the potential of a future organisational split. This could jeopardise the group’s ceasefire as well as nationwide peace negotiations. Whether the ceasefire will hold depends on several factors. The most important one will be whether or not genuine grievances among the movement’s grassroots as well as claims to power of the internal opposition can be addressed and accommodated within the current negotiation framework. At least, it is high time to try.

This article was originally published by New Mandala – New perspectives on Southeast Asia on 10 May 2017 with the title “Explaining the roots of KNU power struggles”.

It is based on findings from ‘Inside the Karen insurgency: explaining conflict and conciliation in Myanmar’s changing borderlands’, published in Asian Security; ‘Authority in rebel groups: identity, recognition and the struggle over legitimacy’, published in Contemporary Politics; and ‘Ashes of co-optation: from armed group fragmentation to the rebuilding of popular insurgency in Myanmar’, published in Conflict, Security and Development.