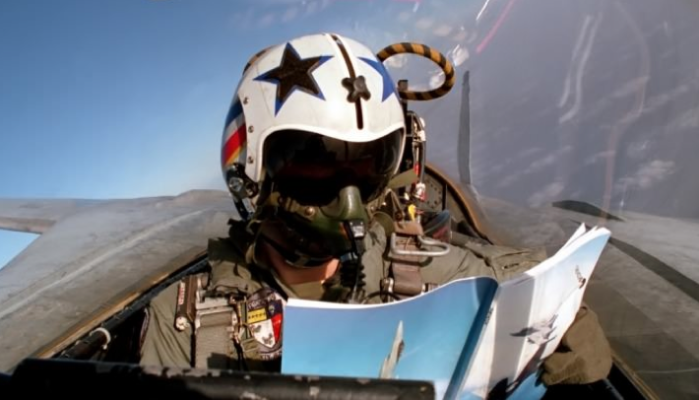 It might not have been immediately obvious, but we are now into the meat of Article 50.  Even with a first cycle of meetings now done, it has taken a press conference from Michel Barnier to make any impression on the British media, and even then only to comparing notes on whistling.

All of which prompts some reflection on how it’s all going and, in particular, why the EU seems to be bossing it so far.

To be a bit less loose in my language, I’m pointing here to the way in which the Union has managed to get its views on all key decisions to date be accepted by the UK. This includes the use of Article 50, the sequencing and structure of negotiations and the content within that structure. By contrast, there is literally nothing that the UK has clearly shaped.

So why is this?

The simple answer is that the EU has followed good negotiating practice from the start, while the UK appears not to have done so.

This breaks down into a number of basic points.

Most importantly, the EU knows what it wants. This boils down to ensuring that the integrity of the treaties is maintained and that membership is a better deal than non-membership.

From that very simple starting point, it has been able to build up everything that follows, by virtue of having these underlying interests in place. Interests are not the same as positions, which are specific and usually rigidly defined, and are really useful because they leave open options, rather than closing them down.

This matters especially in Article 50, because the UK does not have a similar set of interests: wanting ‘the best possible deal’ is not an interest, but a statement of hope, so long as the notion of ‘best’ is not unpacked. In the face of the UK’s uncertainty, the EU is able to adapt and work around what it finds, as the UK finds it. If you spend some time with the negotiating mandate for the Commission, you’ll see that there’s not actually any particular result that it required, only a set of observations about the consequences of anything the UK might desire. Thus, the mandate notes that the four freedoms of the single market belong together, so it’s all in or all out, but the UK can decide which for itself.

Secondly, the EU has largely separated the people from the problem. It has been very largely indifferent to who sits in the negotiating chair, or in Number 10, or how big anyone’s mandate might be, because instead it has been focused on the specifics of resolving the Article 50 to a satisfactory conclusion for all involved. In this it has been helped by its relatively dominant position, and by not having to work its (multiple) domestic audiences, but the difference in tone is very evident, as underlined by this week’s contributions from Barnier and Johnson.

Rather than loosing time and effort to managing personality clashes (and more on that in a bit), the Commission has been able to gather and manage a lot of detailed discussion, generate options and identify preferred outcomes. Consider here how quickly it came to an evaluation of the UK’s proposal on citizens’ right and how this was presented in terms of the proposal, rather than of the people presenting the proposal.

And this is the third point: the EU has done lots and lots of preparation. From the morning after the referendum, work was begun to build teams, gather information, find consensus positions with member states and the European Parliament, so that it was more than ready to go by the time the UK got to submitting notification in March. Think on how the Commission has now issued 9 position papers, while the UK has only one. Sure, the Commission hasn’t produced one on the Irish border question, but the overall impression is of directed and focused problem-solving at work. In all this, it has been helped by having enough resource to pursue this work, without having to set up extensive new structures. While Theresa May spent the autumn touring European capitals finding out what might be possible, the EU was building up a head of steam.

This preparation has then fed into owning the agenda. The ideas contained in the very first response to the referendum have been reinforced and elaborated consistently and firmly since, presenting the Article 50 path, and its sequencing, as the only viable and acceptable path to follow. Even the issuing of multiple position papers is a reflection of how it keeps the UK on the back foot, constantly having to respond to the latest output rather than advancing its own ideas first. In the court of public opinion, the UK ends up looking like it’s playing catch-up or being curlish about what’s suggested.

The EU has made the most of this advantage by constructing positions that deal with process before results. The financial liabilities paper is a central exhibit here, as it tries to suggest a way of agreeing a sum, rather than suggesting a sum directly. It might seem obvious, but if everyone can agree on a fair way to do something, then they are much more likely to agree that the outcome is fair, and seen to be fair by others. In this particular case, this matters, because it contains a simple way of drawing out some of the inevitable sting from British reactions, especially from the ‘whistling’ end of the spectrum, for whom any sum is too large. Consider a bit of negotiating ju-jitsu by the Commission to appeal to British fair play: alternatively, think of it as top trolling, after all the fuss David Cameron made about fairness during his renegotiation.

Finally, the Commission has one more card up its sleeve, namely that it is structurally inflexible. You might call this its Uruguay aspect, after its move back in 1992 at the conclusion of a long round on talks for the then GATT, where the Commission claimed (largely sincerely) that it couldn’t give any more ground to the US on agriculture because the French wouldn’t let it.

For GATT, so for Brexit. The mandate might have been largely consensual in its formation, but different member states have different interests in the outcome, so the mandate is something of a balancing act. Both the process of its agreement and its content have already hardened what the Commission might give ground on in the talks. Expect a trip back to Blair House at some point.

But there’s another question underlying all of this: if this is all so obvious, why haven’t the British done the same?

Partly, they have. There is much work in DExEU and other units to build up capacity, plans and positions, most of which has yet to see the light of day.

And that’s because of the first point that I discussed, namely the question of purpose. Reading neither the Lancaster House speech or the White Paper produces any understanding of what the UK wants.

This is a theme I have returned to on several occasions, but the point bears repetition: the referendum campaigns were a pursuit of winning the vote, not having a discussion about the future direction of the country. Unless there is a general understanding of that, then the purpose of being out of the EU is unclear and most necessarily remain so.

Until then the Commission will be able to continue to advance its agenda and preferences, knowing that the UK will struggle to engage or push back, because it simply doesn’t know what it wants or what it needs.

PS – If you want a manual for all this, try this one.

The political and reputational costs of ‘no deal’