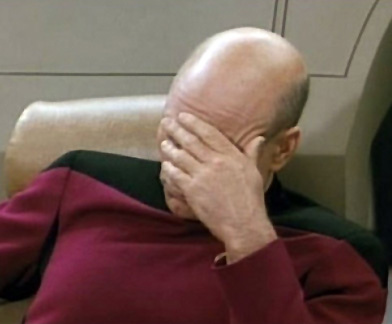 I’m just back from the UACES conference in Krakow, which was filled – like last year’s – with much talk of Brexit. I came away 12 months ago with a lot to get out of my system (here and here), but this time I am filled more with weariness: 90% of what I wrote 12 months ago still applies.

To be clear, there has been progress: Article 50 has begun and much technical work has been undertaken.

But the fundamental underlying problem remains the same: the British government still doesn’t know what it wants to achieve by all of this. My persistent hope that there will be a national debate about just this look like nothing more than a pipe-dream, but the Conservative party has managed to wreck what little consensus it had in the wake of the snap General Election. Even a some blood-letting in Cabinet would result in more coherence than we have.

It’s fine to grouse about such things, but we might think about how to move on from this. At UACES we talked a lot about academics’ responsibilities to be activists in times of crisis (in a variety of cases, not just Brexit) and the common view was that our expertise mattered and we should be offering it widely, especially when others do not or cannot.

Of course, the sentiment is one thing, action another. It’s easier to identify problems than to generate solutions. I will make mention of the team at Queen’s Belfast, who have been very active in working on the Northern Irish issue, as an example of how far things can go (and I’ll be uploading a new episode of my A Diet of Brussels podcast shortly where I talk with Katy Hayward and David Phinnemore about this).

But this mirrors the wider picture too. It’s evident that the technical teams on both sides of the Article 50 negotiations are very able and have a good handle on the scope of what’s needed. But without a political objective, it is impossible to do anything very much.

The upshot has been a series of UK position papers that do little more than list the range of options in a given area and suggest that they should be discussed. We now seem to have the Commission moving to a position of saying that it is on the UK to suggest how to advance, rather than the EU: it is the former that is leaving, after all.

All of which begs the question “how do we get out of this mess?”

I’m not talking about stopping Brexit, but simply about moving on from the current impasse in negotiations. Already the October start to Phase II looks almost certain not to happen and we don’t have much time thereafter.

In essence, this boils down to the emergence of a British strategic objective and that will only come through a change of policy or a change of personnel.

Guy Verhofstadt intimated this week that the British will be making a significant intervention on 21 September, which might change matters considerably. In absence of further detail from either side, we can only speculate what that might involve.

Theresa May could try to develop and detail her current policy, that begs the question of why wait until the back end of the month to do it, given the range and volume of position papers already produced: recall her previous failures to explain any detail in either her Lancaster House speech or the White Paper. You might also take the view that precisely because she’s done it before, she’ll just do it again, in the absence of alternatives.

She could also try to change policy – possibly to soften on customs union or single market membership – in line with the Hammond end of Cabinet views.

But May is a dead woman walking and has been ever since the General Election: she has no constituency in the party, which awaits the right moment to replace her. Her survival to date is solely a function of others wanting her to take ever more of the blame for the mess, so they can ride in on a white charger and save the day.

So if policy changes aren’t viable, then probably the only announcement May could make in a fortnight that would have a genuine impact on Article 50 would be that of her immediate resignation.

The hiatus in the Tory party – still a month or more, even in the unlikely situation of a single candidate – would be clear cause for abandoning high-level Brexit talks, and an opportunity for all those involved to get the summer holidays they didn’t have.

But none of the possible replacements for May looks to have a clear plan for Brexit, nor still a mandate to pursue it. The perverse logic of the General Election result means that it would take either another election or another referendum to produce such a mandate.

While there is really no appetite for either thing in Westminster, circumstance might make it the least ridiculous course of action to pursue, especially if Tory divisions on the European issue re-emerged and made the current Parliament impossible for a new PM to navigate. The current debate on the Repeal Bill will be an early marker of this, and especially of Labour’s resolve to fight and oppose.

If these all seem like overly-extreme options then the only other one that springs to mind is the ‘Dunkirk’ option (and no, I didn’t see the film).

This involves a very senior Minister – and one closely involved in the negotiations – to turn around and declare that, in the face of EU and Labour obstruction, the dangers have become too great and so, in the national interest, they now support revoking Article 50. Once done, they would fight hard to change the conditions under we currently suffer, so that, at some point down the line, the UK will start leaving once more.

Whether anyone – in the party, in Parliament, in the media, in Brussels – would buy such a line is highly doubtful, even if the sense of relief in some quarters would be palpable. Sadly, this option looks like it would still need a confirmatory public vote to have a chance of succeeding, and it would then run the very considerable risk of the Commission launching proceedings to suspend (or even terminate) UK membership, on the grounds of breaking the principle of loyal cooperation.

In short, unless and until there is some major rupture in the British political system, there will be no obvious improvement in the pursuit of an Article 50 settlement. And recall all the ruptures that the UK has suffered so far.

Probably, shading to possibly: the chances of a Brexit deal