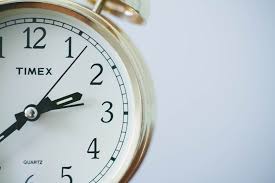 I’m in Brussels this week, getting a practitioner counterpoint to last week’s academic reflections on the whole Brexit business.

While it’s reassuring to see that the two views are not so different, it is not an inspiring picture and it invites an obvious question about whether Article 50 is going to get to a deal or not.

This is something that I’ve wondered about a lot since last June, most obviously with the monthly infographics that I produce. When I do that, I tend to think that none of the barriers to reaching a deal are insurmountable, but when I talk with people more in the round, I do find myself questioning whether it can really happen.

This deserves some unpacking.

In purely abstract, negotiating theory terms, there is a strong incentive on both sides to reach agreement. The best alternative to this is a chaotic collapse of regulatory, economic, security and political frameworks for the UK, with no clear mechanism for speedy resolution: likewise, the EU would be faced with an extensive set of unresolved liabilities and uncertainties, plus a UK that will be even less willing or able to reach a new settlement and relationship. In short, even an incomplete or weak deal would be preferable to no deal.

The problem is that will this is becoming increasingly clear to all involved, there remain many considerable barriers. Just because the British have largely given up on the rhetoric of ‘no deal is better than a bad deal’ and are warming to a transitional arrangement that looks relatively close to the current terms of membership, it doesn’t mean this is all signed and sealed.

Not only does the British government not know what kind of new relationship is wants with the Union, but it has also contributed very considerably to an inflation of domestic rhetoric that makes it much harder to engage in the kind of give-and-take that will be essential in the negotiations. In particular, the disastrous outcome of this spring’s general election robbed the government of both a mandate and a secure power base. As this week’s return to debating the Withdrawal Bill showed, both hardliners and soft-Brexiteers have a substantial capacity to mess with what little majority the Tories can command, and that’s to say nothing of a House of Lords that is even less sympathetic.

Aside from such domestic issues, the UK has also not seized the opportunities for selling itself to others. While there is extensive bilateral contact and engagement by officials, the unwillingness of May to speak to the European Parliament reflects on both her personal diffidence and her continued approach of keeping things out of sight until they are solved. That’s understandable, but it misses the point that this would be a relative simple way to build some trust into a set of negotiations that look very juddery right now.

Indeed, one might argue that the fundamental lack of understanding about how the EU works in British political circles is a crucial part of the problem.

The EU is built on common rules and shared principles (at least, in principle), but much British effort appears to be going into trying to pick off individual member states and to build some momentum for a deal outside Article 50. Even if that approach were to get some traction – which it doesn’t appear to be – then it would still leave the EU needing to return to what legal framework it has for a final resolution, namely Article 50.

And then there is the simple scale of this task. As much as there is some comfort in Brussels circles that the UK is edging towards a more reasonable place, the time is very short. No one here thinks that October will see the necessary ‘sufficient progress’ to move to Phase II, so the best case is now December for getting a preliminary deal on the initial tranche of issues, which then leaves only ten months to close off the construction of a transitional arrangement (including a summer where things will inevitably slow right down). October 2018 is a relatively hard back-end to negotiations, given the need to ratify any text, and no one is willing to talk about extensions at this point: the only option would be a short extension ‘for ratification’, but that would need things to be really humming along to be politically viable.

As much as the Commission has tried to strip things down to a limited package for Article 50 – also avoiding a mixed agreement that would require unanimous member state approval – the scale and scope of building a deal is very substantial. And this, ironically, points towards a transition that looks relatively like membership.

In the absence of any obvious preparation by the British government for a no-deal scenario – border check infrastructure, management structures for EU nationals, etc. – the UK looks also not able to cope with a hard Brexit option either, since that implies much of the same impact. As Philip Hammond observed this week, it’s desirable to only have one transition to the new situation, so there is incentive to make that transition occur at the end of a transition period rather than at the beginning.

That approach would give everyone much more time to sort out the detail of this undertaking and would limit the wave of unforeseen consequences.

Whether that’s something that a fatally weakened Theresa May can sell to her party, her country and to the EU, remains to be seen. Politics is littered with things that should have happened, but didn’t.

The great and the good of Brexit

Rohingya “terrorists” and the hierarchies of legitimate resistance in Myanmar