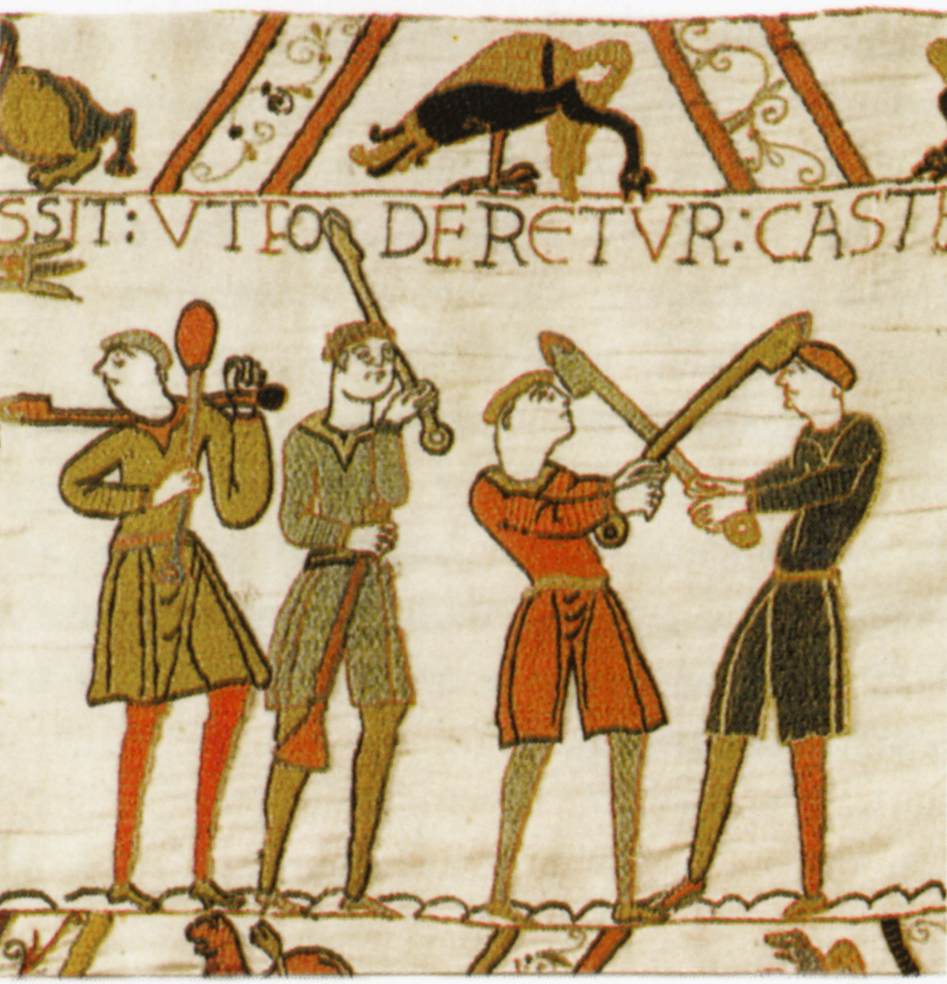 Today’s visit to London by President Macron is important on a number of levels, not least for triggering the long-overdue debate about whether King Harold would have been a Brexiter.

If the loaning of the Bayeux Tapestry is something of a sideshow, then it also speaks the overly febrile nature of British political debate that this was largely taken as a piece of psy-ops, rather than any kind of expression of fraternité.

No matter, for the overnight preview of increasing British contributions to management of the Calais security operation – including taking more migrants – has pushed the Harold’n’Bill show to one side.

As much as some sections of the British press have railed against this, it’s something that has long been in the pipeline.

France and the UK cemented their current situation with the Le Touquet Treaty (as yes, I’m no happier than you about writing ‘the the’) as part of the management of the Channel Tunnel: border controls would be moved into each other’s territory, to facilitate traffic flows at disembarkation, while responsibility for maintaining security would also be shared. In part this was necessary because of the UK not being in Schengen, but largely it was a function of the changed physical arrangements for transit.

That system worked well for the first years of its operation, but came under pressure during the migrant crisis and the build-up of a sizeable camp at Calais. France has an interest in clearing – literally – that problem and has been able to draw the UK into supporting this, since a collapse of Le Touquet would be considerably worse for the British.

Macron visited Calais last week and indicated all the elements that are now being reported in the UK, and the government has been willing to make supportive noises, not least because of the raft of other activities they can point to, on counter-terrorism and shared military capacity.

All of this matters for a number of reasons.

Firstly, it points to the breadth of Anglo-French relations, something that has long been a theme coming from Whitehall. The British embassy in Paris has been running a substantial campaign Les Voisins (Neighbours) that precisely plays up the scope of links between the two countries, an approach that the FCO is now keen to roll out to other countries.

That relationship matters in itself, but also because it demonstrates the UK’s continuing relevance in the world. One of the more macro charges against Brexit was that it represented a cutting-off from the international community, so anything that allows a counter-narrative of ‘nothing (else) has changed’ is useful. Indeed, precisely because of Brexit, it is important to demonstrate that those other strands of the relationships with third countries are operational and active.

Secondly, that much of the business concerns military cooperation is a key aspect, since the UK government sees this realm as one in which it holds a relatively strong position, given the size and ambition of its military capacity. Working with France matters in of itself, but also because it will reassure Central and Eastern European states of its continuing determination to secure regional defence against Russia. Recall that these states have largely seen Brexit through the security prism, so this is a credible and appropriate strategy.

But finally, this all highlights the way in which Brexit is going to have very substantial secondary effects.

As much as attention is focused on the immediate consequences of ending British membership of the EU, it is evident that this is only part of the picture. Not only will it require re-working of free trade deals with third countries (which might be more tricky than thought), but also of the wider system of bilateral relations, as a function of the changed situation of the UK.

If it has proved hard to scope out the direct effects, then the indirect ones has scarcely been attempted. That suggests that there will be many more moments of realisation of the impact of the new situation still to come, and none of those will have a comfort blanket (or tapestry) to hand.

Despite Brexit not happening yet

The promise and perils of a ‘full monty’ transition