This is a longer version of an article published yesterday in The Telegraph. 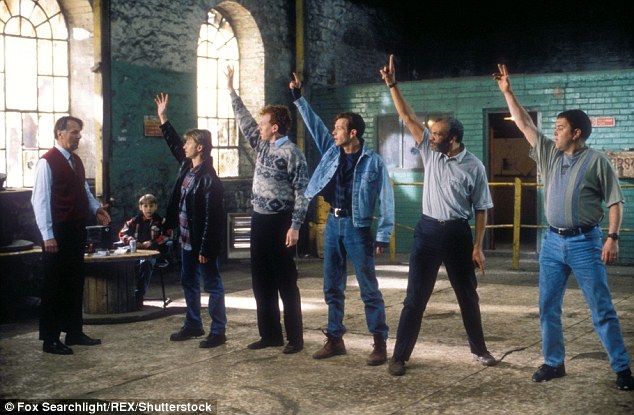 While much attention has been given to the final state of the EU-UK relationship, much less has gone towards the arrangements for any transitional period between leaving the EU and the start of the new relationship. With the common agreement in the provisional texts and joint reports presented to the December European Council that such a period will exist, it is pertinent to consider how this might work.

At present, the dominant model on the table is that contained within the draft Commission mandate for Phase 2 of the Article 50 negotiations, and shortly to be approved by the EU27. Memorably labelled a ‘full monty’ approach by Jean-Claude Piris, former Director General of the Council’s Legal Service, the model is essentially one of ‘membership minus’.

This means taking the UK out of the decision-making system in March 2019 – including MEPs, Commissioner and representation in Council meetings – but otherwise maintaining current involvement in the EU’s activity.

Thus it would continue to contribute to the budget, abide by all treaty commitments – including freedom of movement – and implement EU legislation, as well as having access to the ECJ, whose rulings would continue to have the same force as at present.

The merits of this approach are relatively clear.

Firstly, this approach would avoid a double transition for the UK, i.e. from membership to interim arrangements and then again to the new relationship. For economic operators and citizens alike, this would provide a degree of certainty and an extended period which to adjust to withdrawal.

Moreover, it would avoid many of the cliff-edge concerns that have arisen around the debate on exiting the EU without any deal in place: the morning after withdrawal, things would continue as before, even as the UK was no longer a member.

Secondly, it would be relatively simple to negotiate the arrangements within Phase 2 to put this into effect. Because it would conserve the vast majority of practice and the EU’s acquis, it would be possible to operate on a default setting of ‘no change’. For a time-crunched Article 50 negotiation, being able to side-step lengthy discussion of exceptions could prove very useful when trying to complete the resolution of outstanding Phase 1 issues and the targets for the new relationship.

Finally, it provides advantages to the EU’s operation. In the Commission’s model, the period would only run until the end of 2020, allowing the UK to slot very simply into the end of the current multiannual financial framework, so negating the need to run a rushed and fraught renegotiation of finances. It simultaneously allows the EU to dodge the European Parliament election issue, namely that any extension of membership beyond May 2019 would raise the problem of the UK’s representation in that chamber.

So that’s all good: the ‘full monty’ model is considerably less problematic than any alternative approach, and moreover is the only one that has been mapped out in any detail.

But we have to note that it is not without its issues, which can be grouped into political, legal and financial concerns.

The core of the Commission’s suggestion is a trade-off between length and content of the transition arrangements: the UK gets the brief transition it say it wants, but has to take a very overt position as a rule-taker.

Clearly, public perception in the UK is likely to be negative: despite a vote to leave, and despite actually leaving, the UK would still be bound by all the rules and commitments of membership, only now without any institutional voice. Even if that were time-bounded, that will be a tough sell, especially if sections of the government’s backbenches decide it is beyond the pale.

But there is a more abstract problem of equity in the arrangement. It contains an implicit assumption that the EU will act in good faith, recognising that the UK is bound to its rules, but without a say in them. But in a pure form, there is nothing to stop the EU making decisions from April 2019 that run deeply against UK preferences (or even capacity). Would the UK then have recourse to non-implementation, or legal redress, under the final Article 50 agreement?

To take a not-uncommon issue, would the UK be able to challenge the legal basis of a piece of EU legislation, which might impact the form of implementation? On a grander scale, if the EU starts to act in new areas of public policy, then would the UK have an opt-out arrangement?

Those problems become much more pertinent in a situation where a ‘full monty’ model is extended – as might happen if the new relationship negotiations dragged on. Short-run issues could be fudged or deferred, but should the period turn into several years then such matters would become unavoidable, even as public concern about the equity of legislation without representation grew.

Some of the political issues also carry legal dilemmas. In particular, there is a question over whether it is possible to cleanly separate out representation in decision-making from the rest of the EU architecture.

Decisions are not only taken within the standard legislative process, but also through multiple committees and agencies: would a new system of ensuring equity of outcome be required, for example on funding applications? This obviously slots in with a dispute resolution mechanism that might require a political as well as a legal arm, so setting up new bodies might become unavoidable.

Again, should an extension be required then such matters become more likely to need resolution, especially if the long-mooted reform of the treaties takes place, following the formation of the new German government coalition. How bound would the UK by modified or new treaty provisions?

Jon Worth usefully reminds me that another arm of the legal issues concerns third-state agreements: how can the UK remain within these (as implied by the ‘full monty’ model) when it will no longer be an EU member state (and thus a signatory to those agreements)? Sam Lowe has a good run-down on this. The only point to note is that this is likely to be an issue whatever happens post-withdrawal.

If the politics and the law are problematic, then they are easily matched by the financial conundrums.

As mentioned, a key part of the logic for running transition through to the end of 2020 is to fit with the multiannual financial framework, which establishes annual envelopes for broad headings within the budget for each year of a seven year period. However the framework sits on top of the usual annual budget negotiations, rather than replacing them.

The UK is involved as usual in the 2019 budget talks, since it’ll be a member in that year, but it is excluded from the framework from 2021 (which have already begun).

It is clear that the UK will have to continue to make payments to the EU in return for long-term access to specific parts of EU activity, but it would be sensible to assume that an EEA-type arrangement would be used, where incoming funds go to a separate pot, rather than the general budget, to avoid a direct link between comings and goings. However, in the transition the UK would be fully involved, so it makes little sense to separate it out, especially since that would further complicate the rebate mechanism, which the Commission is extremely keen to see the back of.

But the 2020 budget would pale into insignificance compared to an extended transition that – by definition – would run into 2021. With a new framework in place, and one that the UK had not been involved in negotiating, how much would change? Again, the dropping of the rebate mechanism might result in sharp changes in net contributions by the UK, as would any shifts in spending priorities and sequencing.

Part of the logic of the framework was to allow for more medium-term investment, as new cycles often see the launch of significant new initiatives, so changes are more likely than not. If transition extended by any substantial period then the UK’s sunk costs would increase, as would the divergence from its current financial preferences, again all while having no formal voice.

Any transition arrangement will come with significant implications, for both the UK and the EU. As a short-run proposition, the ‘full monty’ comes with various advantages, both pragmatic and economic, and it is currently the only offer on the table.

But it still comes with a number of immediate and not-insignificant issues, of which the question mark over whether the UK would accept such an arrangement is probably most critical. It would certainly have the potential to crystallise further concerns that ‘taking back control’ was a mirage and that power has in fact moved further away from people.

That would get even worse if transition were to be extended – which has to be a distinct possibility, given the EU’s track record on negotiating third-country deals – as a number of other factors would kick in, notably on the financial side.

Thus the paradox of a ‘full monty’ is that while it represents the most viable way of covering the gap from March 2019, it also contains potentially more political, legal and financial problems that harder (i.e. less EU-aligned) models if transition takes longer than planned. Whether an alternative can be designed by either side in the coming months remains to be seen.

Tightening Le Touquet and the second-order effects of Brexit