No prizes for guessing what updates there are to share this month, given the UK’s Parliamentary recess and the steely determination of many politicians to have a holiday.

Basically speaking, there’s no movement on anything, except the clock, which is another month closer to the 29 March deadline.

The issues remain where they were in March: Ireland, governance, the role of the ECJ. I did a short thread about this last week.

With that in mind, the October European Council now appears to be a busted flush, so it’s a matter of whether both sides now push hard for November, or take things to the line in December. Experience to date suggests that it’d be prudent to keep as much time in reserve as possible, to handle the numerous unknowns (and knowns) in what’s left.

An early metric on this will be next month’s update. 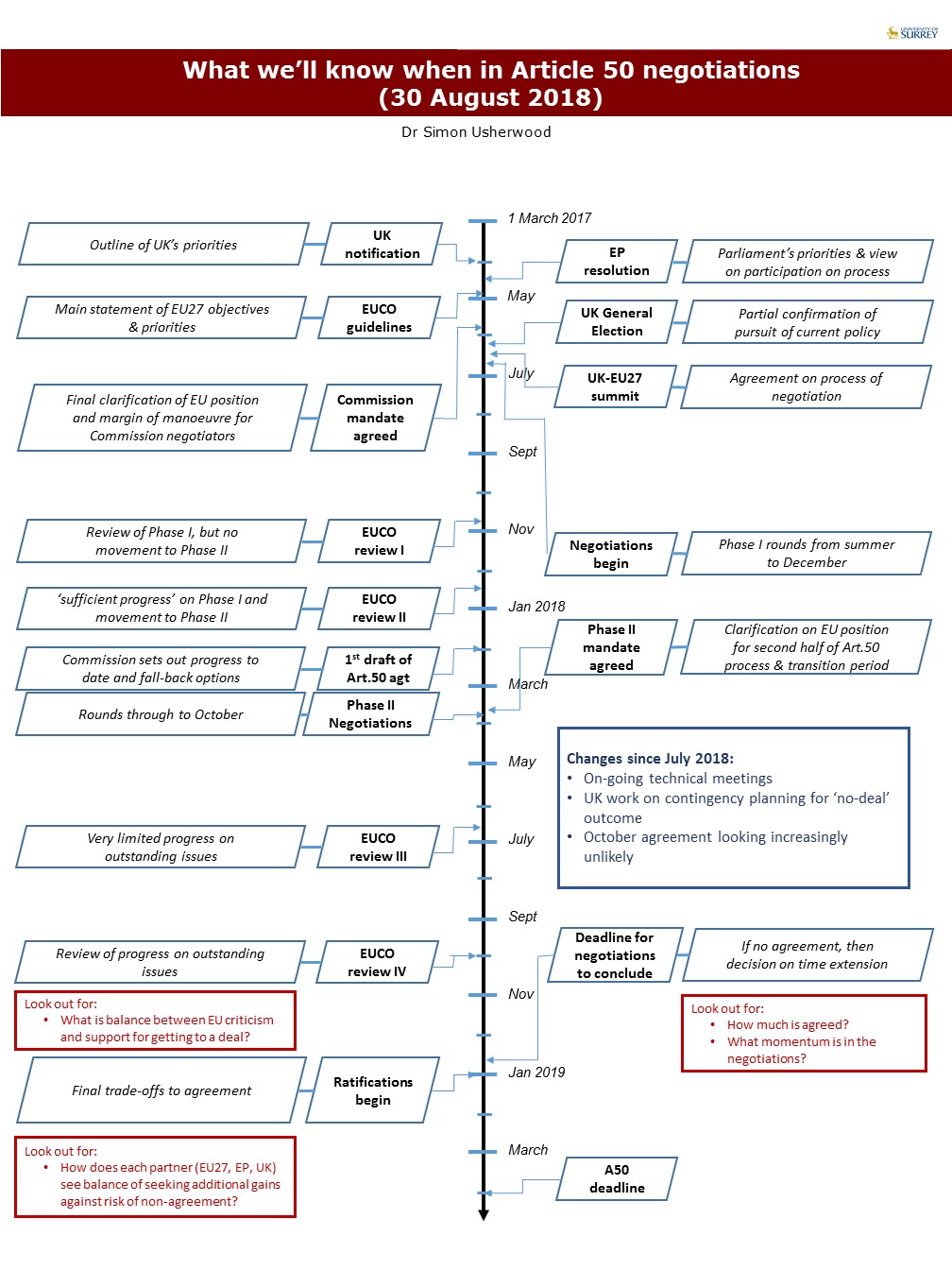 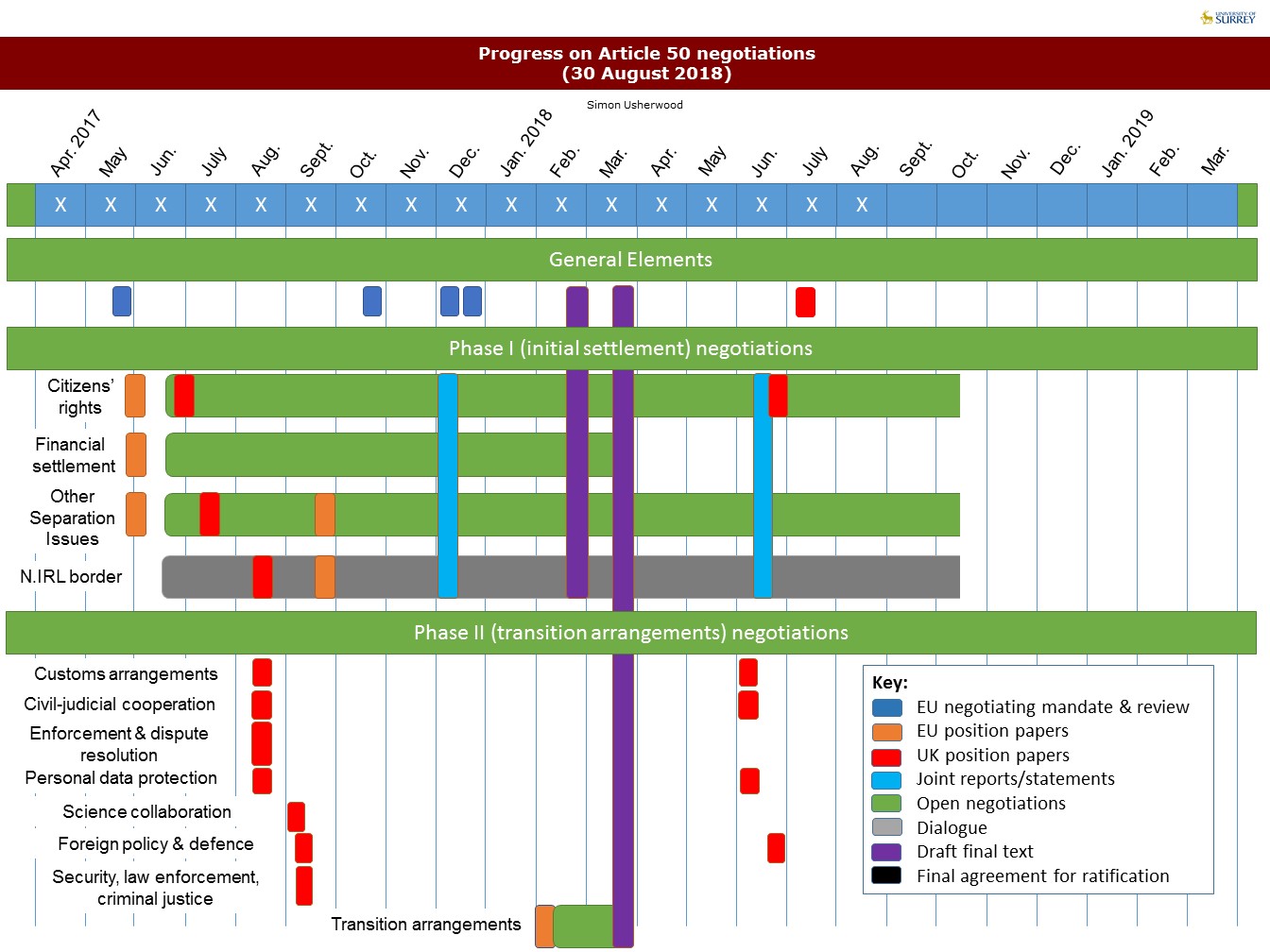 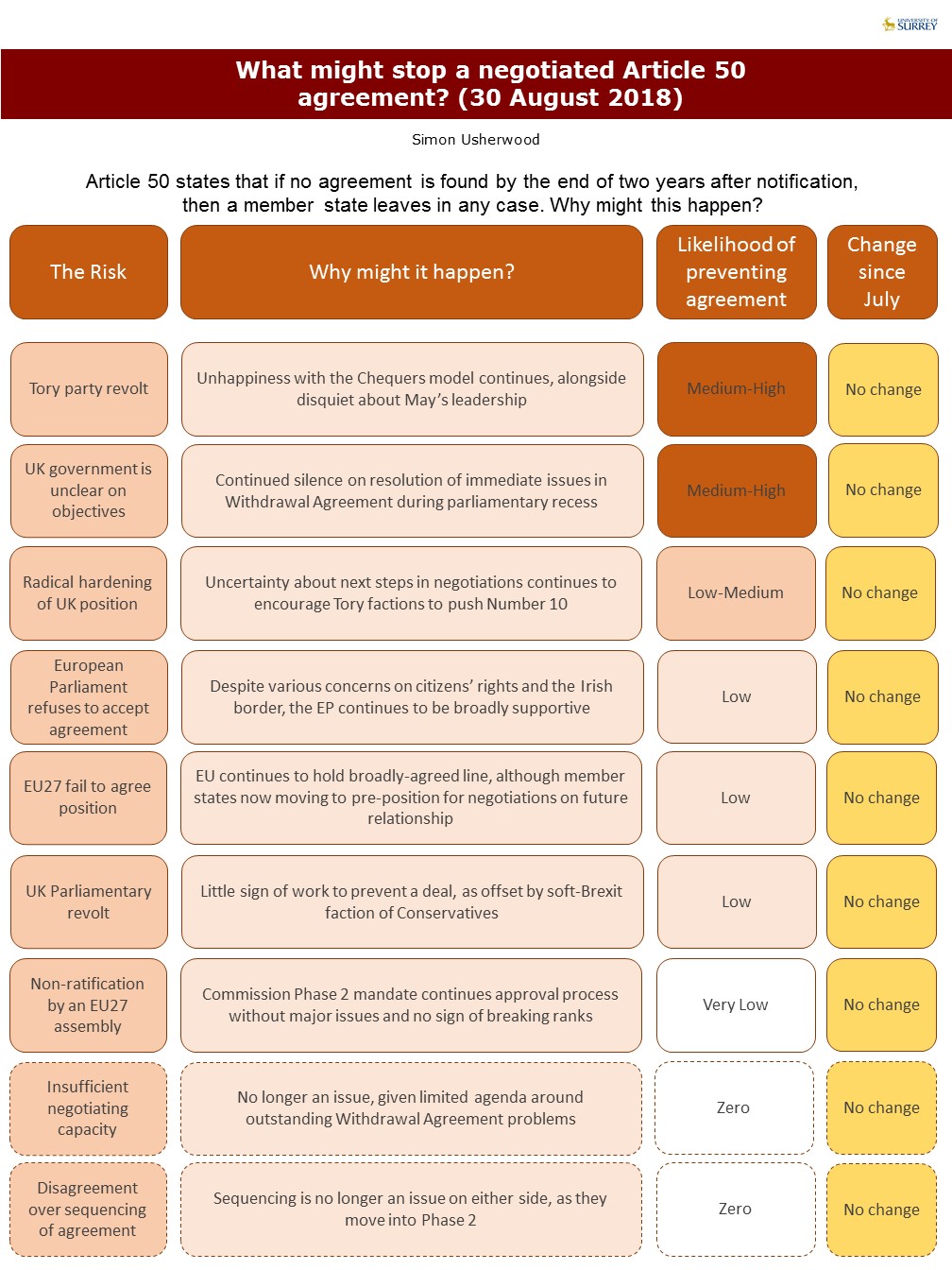 Giving up on Article 50?

So, just how f*cked are we?