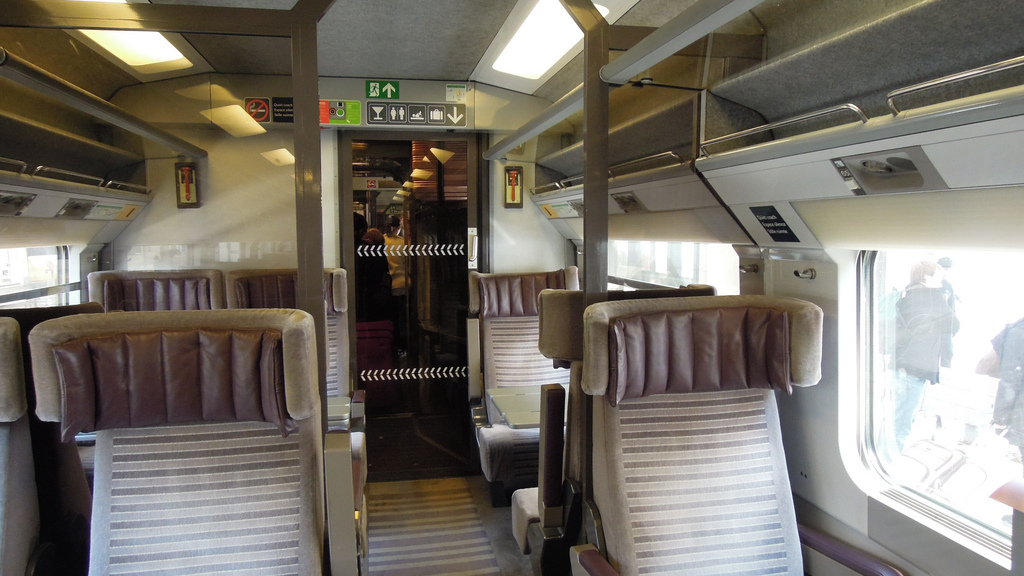 I’ll be frank with you: I’ve never done a full party conference. Some fringe activities, yes, but not the whole shebang. Indeed, the nearest I’ve got is the pile of DVDs of an early 2000s UKIP conference, back when I worked more on euroscepticism (and when UKIP sold DVDs of their conference).

This is all a prelude to saying that I also don’t think that party conferences matter as much as some say.

In media terms, they are convenient staging posts in the year, with all the merits of having the key players in one place for long enough that they might let their hair down a bit. In political terms, the gathering also allows for plotting and planning.

But for European policy, conference is almost never the place to look. None of the major interventions in either Brexit or the pre-Cameroonian period came from conference, but from stand-alone speeches and events.

That’s largely because both Conservatives and Labour are split, have been split and (probably) will continue to be split on matters European. And basic party management says you don’t wash your dirty laundry when everyone’s watching.

I write this despite having marked Birmingham as one of the key staging posts to an Article 50 deal (along with Salzburg). On reflection, that was because I thought by Birmingham, Tory Chequers-rebels would have had to have made their move, rather than at the conference proper.

That they didn’t – possibly couldn’t – reflects my long-held view that May is the convenient scapegoat, carrying the UK out next March with whatever’s needed to avoid immediate disaster, only to be cast aside by critics who will point to their grumblings now as evidence of “why this was never the right way to go about it.” Why own the problem when someone else is there to carry the can for you?

It also underlines how wedded to Chequers May has become. Ironically, the range of criticism seems to have made it easier for her to bluster through her conference speech, redirecting fire at second-referendumers and connecting Brexit to a domestic project. Conference season appears to have had no appreciable impact on her policy.

This is Brussels calling

But this is not to say that policy isn’t changing.

The coming week is going to see a lot of work going into Article 50 negotiations, building up to next Wednesday’s release of a draft Political Declaration by the EU.

That work will entail movement by both sides, but also some careful framing of what is happening.

Importantly, the Withdrawal Agreement and the Political Declaration aren’t going to embody ‘Chequers’, in the sense that the focus of the former is on the ending of the UK’s EU membership and the focus of the latter is a set of principles guiding the negotiations for a future relationship. Those principles do not necessarily – maybe even necessarily cannot – map out the specific shape of that relationship, given the incompleteness of both sides’ positions.

Thus the Article 50 ‘deal’ potentially could be sold not as ‘Chequers’, but as a stepping stone to what comes next. For all those Tory rebels and opposition parties planning to ‘vote against Chequers‘, this might come either as a nasty surprise or as a means to get themselves out of a hole (given that there’s little enthusiasm for a no-deal alternative).

With rumours of new options on the Irish dimension flying about, it is going to be in Brussels that this next stage of Brexit is going to be determined, rather than Birmingham (or even London).

This was both inevitable and necessary.

Brexit was never just about the UK, but also about the UK’s relationship with the EU. To pretend that as long as the British had worked out what they wanted, that was that, was always a foolish enterprise. Instead, it needs the involvement of both the UK and EU in finding mutually-acceptable solutions.

If that much is now better recognised by British politicians and commentators as a result of the past and coming weeks, then we should count that as an advance in our public understanding of how the EU (and Brexit) works.

Perhaps also it will underline how the contingent issue of Brexit (and it’s a huge contingency) sits within the bigger picture of the UK’s place in the world.

I’ll fall back on that trope of self-help instagram posts – “no man is an island entire of itself” – with its message that connections and context are indispensable.

And then I’ll remind you that this particular stanza finishes with the equally famous line about who the bell is tolling.