It progress-update time and it’s a mixed picture this month.

On the one hand, there has been no formal progress: last week’s European Council failed to move things on and May’s domestic situation continues to cause endless woe.

On the other, it’s evident that negotiations have dealt with a lot of the remaining Article 50 issues, including some progress on the Irish dimension. The view from commentators appears to be that while there might be bits of text floating about, London is not in a position to accept them just yet, probably because it needs to line up a strategy for selling this to MPs.

The upshot (here, at least) is that not much appears to have changed in the graphics below, since things are putative rather than final.

I’d stress this particular on the issue of barriers: the failure to conclude last week, plus the non-decision on a November special summit, mechanically raises the chances of a no-deal, but I feel that’s offset by the intensification of warm words on both sides, suggesting that these developments aren’t particularly problematic.

To which I’ll add my usual comment – that the coming month will be crucial – together with the thought that often the coming month turns out to be another one where we appear to move no closer to agreement than before.

Not many months left now, though. 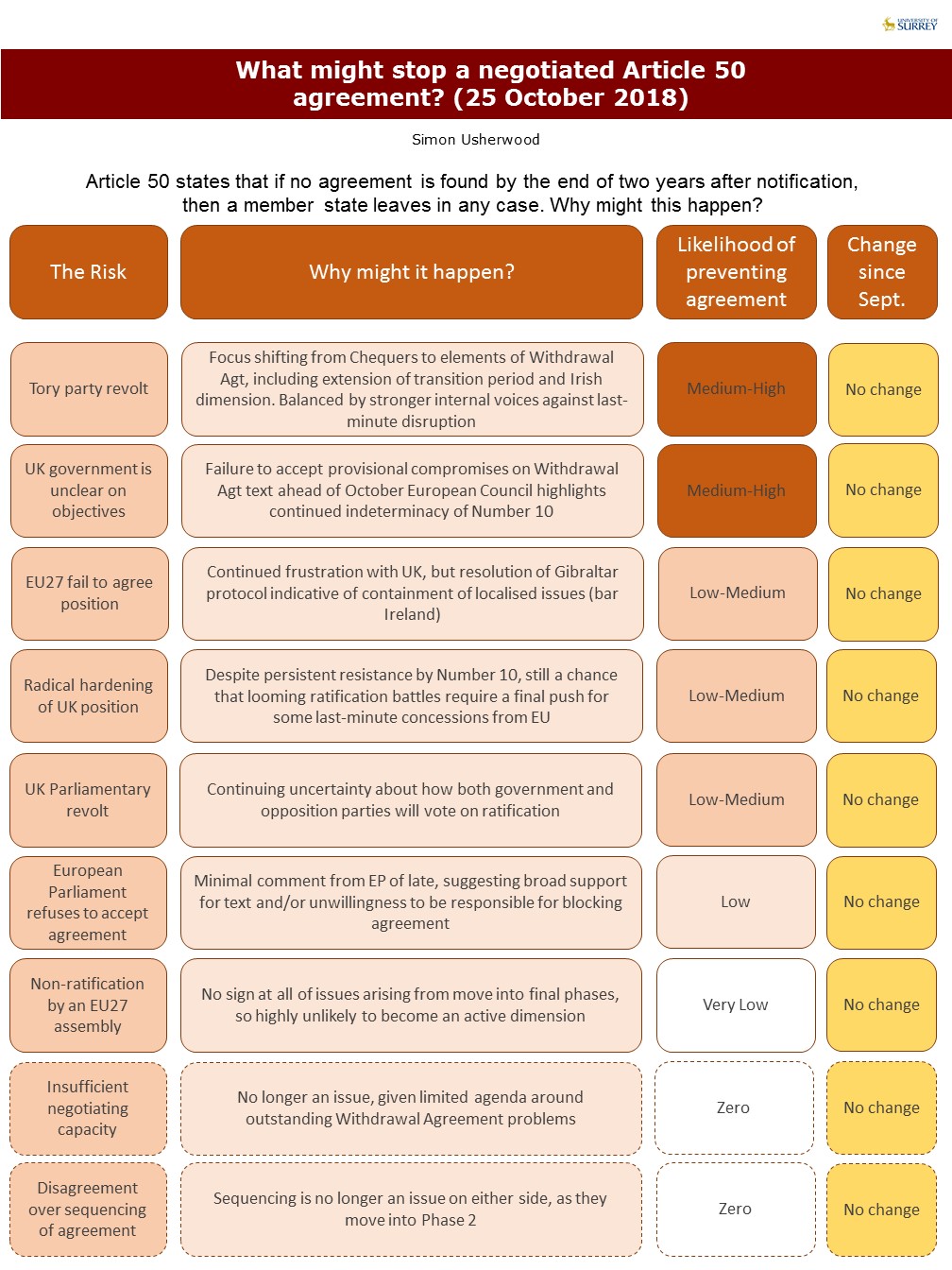 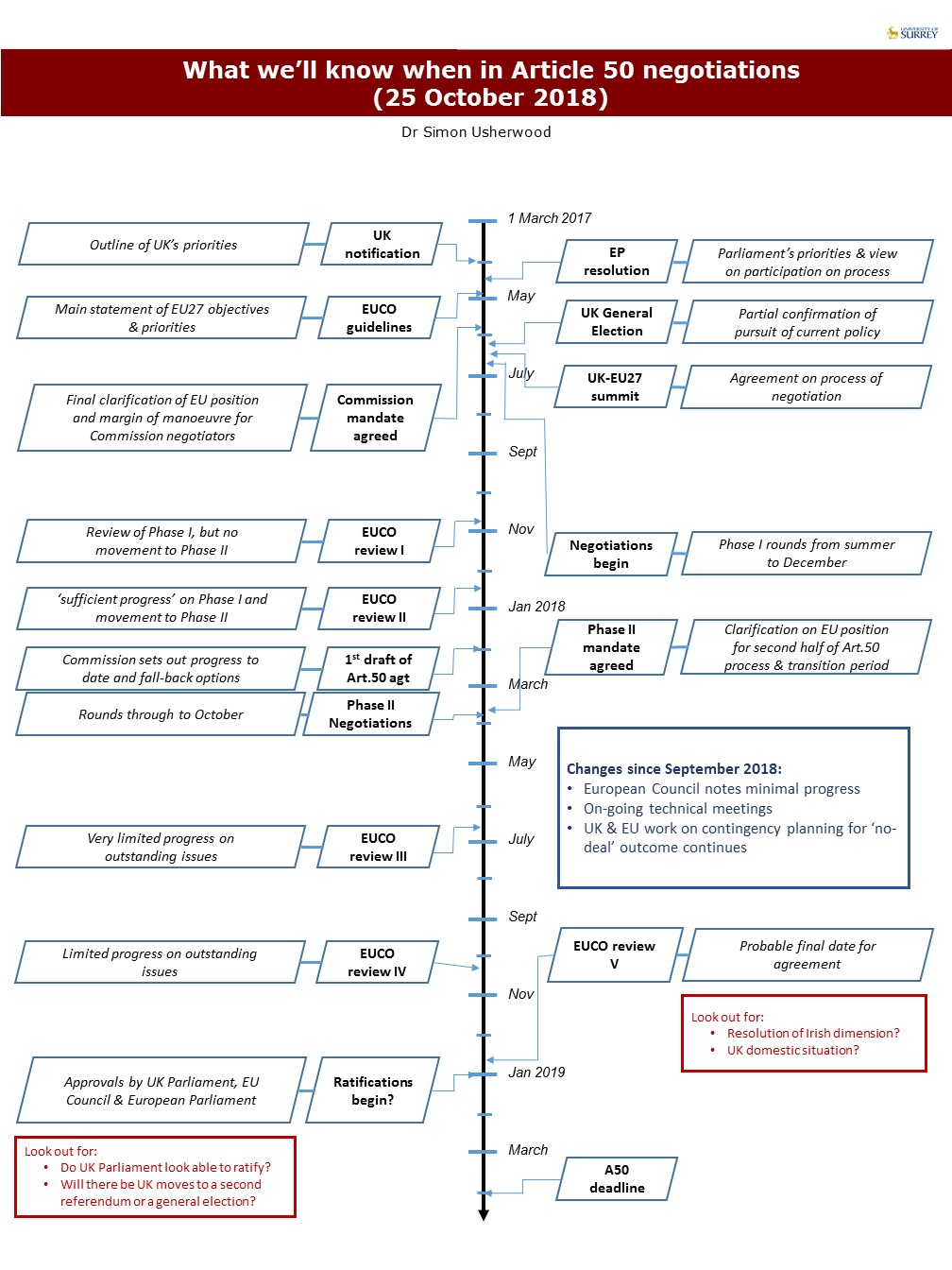 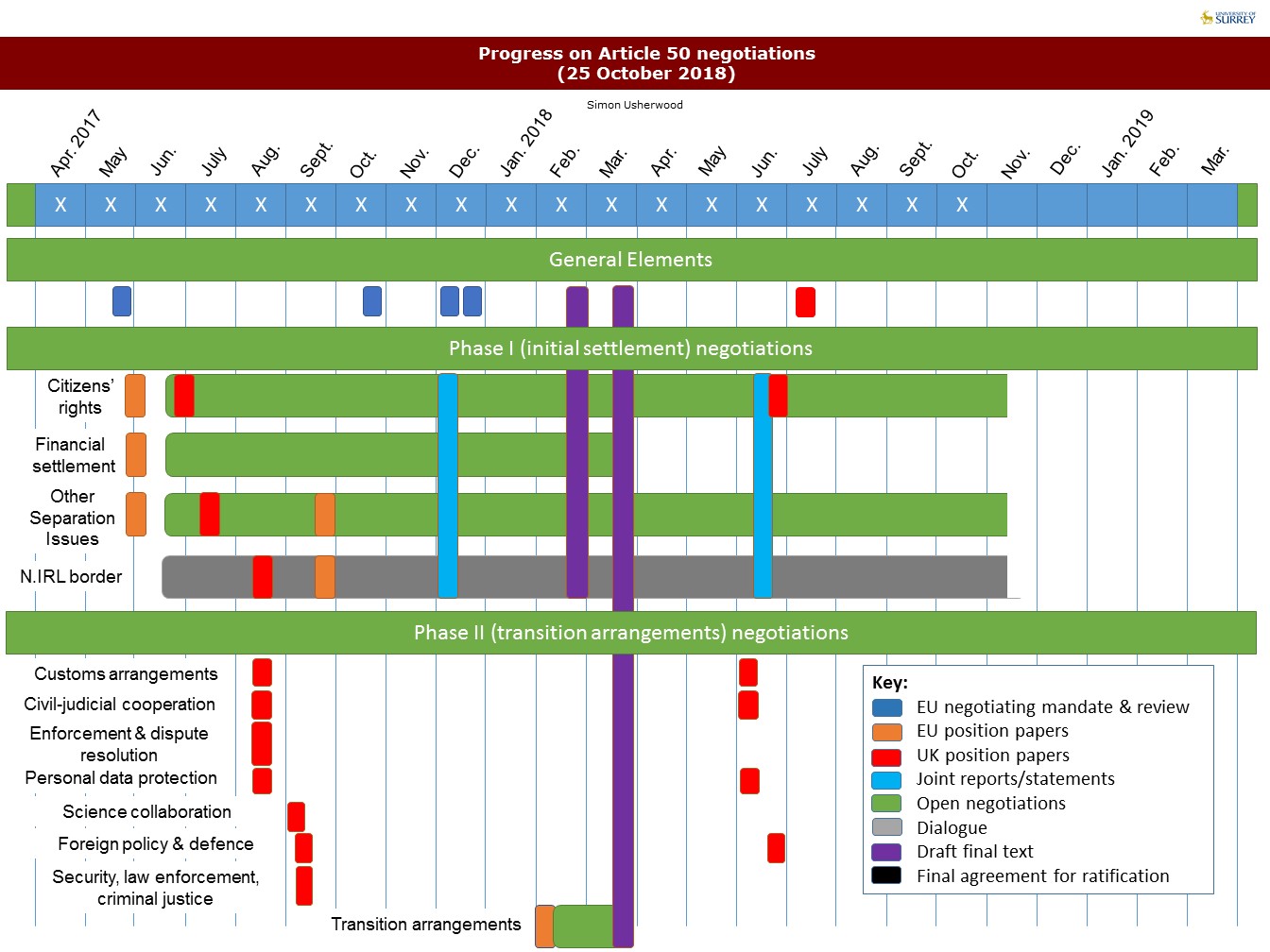 Getting ahead of ourselves