This post was originally written for UCL’s Constitution Unit. 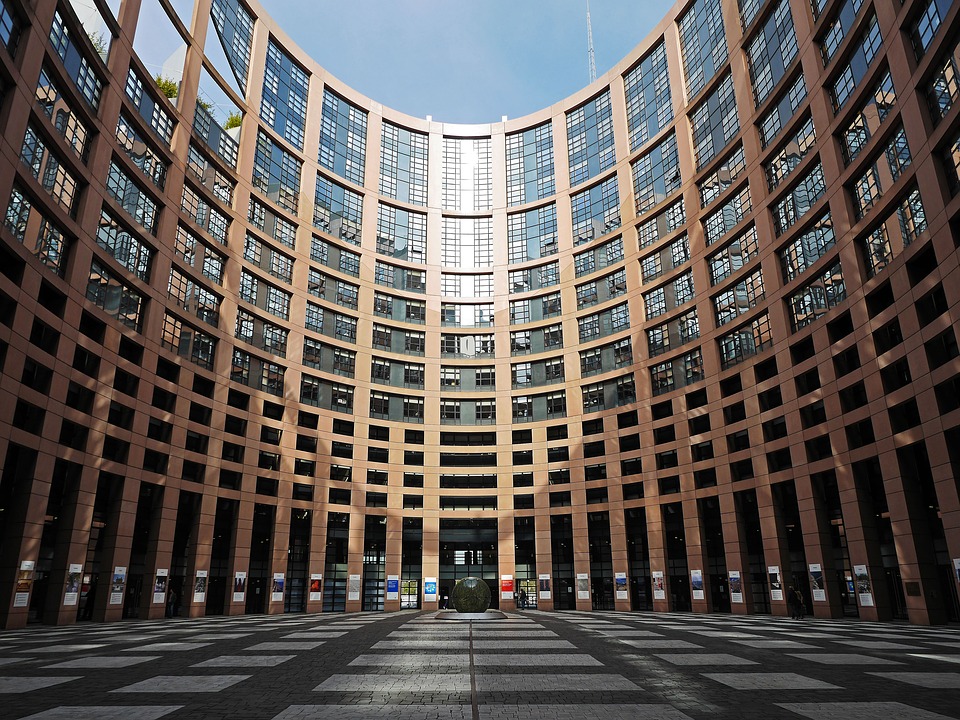 In all of the hubbub around the European elections, the small matter of what the 73 individuals elected to serve as the UK’s Members of the European Parliament (MEPs) will actually do has been somewhat overlooked.

With that in mind, it’s useful to consider what MEPs do in both general terms and more specifically on Brexit, as well as the tension between political understandings and legal rights.

The European Parliament’s role in the EU is to represent the popular will, in both making decisions and providing scrutiny of the work of the rest of the organisation. It does that on the basis of being composed of directly elected members and from the powers given to it by the treaties that underpin the EU as a whole.

This role comprises a number of different elements, each involving the 751 MEPs either as a whole or in representative sub-groupings.

The most substantial element is that of being co-legislator. Under the EU’s Ordinary Legislative Procedure – which covers most areas of EU decision-making, as the name implies – the Parliament has to agree with the Council of the EU – made up of ministers from the member states – on a piece of legislation in order for it to pass. The EP thus has not only a say, but also a veto, on most EU legislation including matters relating to the budget; and in the other cases it usually has at least some rights of consultation.

The second element is that of oversight. The Parliament’s various committees can summon officials and politicians from the other institutions of the EU to appear before them to answer questions about their conduct. Those committees can then produce reports that highlight issues and which can often force problems onto the agenda for action. In extremis, the Parliament has the power to seek the resignation of the entire Commission, the threat of which in 1999 brought about the early end of the Santer Commission.

Finally the Parliament has developed powers relating to the constitutionalising of the EU. That includes requirements to give assent to new member states joining and some other strategic decisions on financing, as well as involvement in treaty reform processes. But most topically, MEPs also get to give their approval to both the President of the Commission and the rest of the members of the Commission’s college, following extensive hearings that have repeatedly forced member states to go and find candidates that better meet the standards of competence and motivation that the Parliament looks for.

In short, the Parliament matters within the EU system, albeit not quite like a national parliament. It can’t initiate legislation and it can’t take unilateral action, but it still represents the most powerful and consequential body of its kind of any international organisation by a very large margin.

All of this is particularly evident right now, as the Parliament exercises a lot of its rights and obligations.

The first step is the formation of the new Parliament itself. By the time of its first sitting on 2 July, the various national party groups of MEPs will have made choices about which political groups in the Parliament they will sit with. These bring together parties with similar ideological backgrounds and, crucially, are central to the operation of the Parliament itself. The size of a group determines not only its weight in plenary votes, but also the number of official posts it can have within the Parliament. These include committee chairs, rapporteurs (who write committee reports) and members of the Bureau, who handle the administration of the institution. Bigger groups also get more speaking time in debates, plus they receive more funding to support their day-to-day work.

In short, being in a group matters and being in a bigger group brings additional benefits. Having British MEPs available thus makes a difference at this early stage.

In the 2014-19 Parliament, British MEPs from UKIP were essential in getting the Europe of Freedom and Direct Democracy (EFDD) group over the line of the minimum numbers of members required (25 MEPs), while Tory MEPs formed the largest single party within the European Conservatives and Reformists (ECR).

The dilemma for MEPs from other member states will be whether to make use of their British counterparts to get access to those roles and opportunities, when they might find they lose them when the UK leaves, possibly very shortly afterwards.

In particular this matters for the Brexit Party and the Liberal Democrats, the two largest contingents of new MEPs. For the former, there was a choice between being the biggest fish in the small pond of a renewed EFDD group, or joining the more substantial populist grouping coming together under the leadership of Italian Deputy Prime Minister Mario Salvini’s European Alliance of People and Nations (EAPN). This second group brings together some of the big players, including Marine Le Pen’s Rassemblement Nationale and the Alternative für Deutschland, and would access more of the resources already mentioned, but it would mean more of a backseat for Nigel Farage, whose focus is clearly on the UK domestic scene. While the Brexit Party appears to have decided not to go with the EAPN, that domestic focus also makes it much harder for EFDD members to sign up for what might be a fleeting proposition and a rapid break-up of the group post-departure.

As far as the Lib Dems are concerned, their choice is less problematic, since they have only one destination, the Alliance of Liberals and Democrats for Europe (ALDE). That group is set to become particularly important in the new Parliament, bolstered by strong performances in France and Romania. That offers more possibilities for securing key posts, including the President of the European Parliament (to be decided in July) and the Commission President. The problem will be whether the potentially imminent departure of the Lib Dems – the second largest constituent group within ALDE – will weaken the group’s influence.

This matters beyond the Parliament itself because, once formed, it becomes the Parliament’s job to select the new European Commission.

In 2014, the groups put forward individuals to be their nominee to become Commission president, the so-called Spitzenkandidaten: they committed that the nominee of whichever group received the most MEPs would be the Parliament’s only acceptable person for that post (the Parliament having to sign off the choice of the member states). This led to Jean-Claude Juncker’s election that summer, despite the rather vocal opposition of the UK’s David Cameron. While there is much less certainty that this process will happen again this time around, the possibility remains.

So British MEPs could become important once more. Here it will be Labour MEPs who matter most, because they belong to the centre-left Socialists & Democrats (S&D), which will necessarily have to be part of any grand coalition in the EP. Unlike the Parliament’s internal allocations, which can be revised with changes in group sizes, a Commission president, once elected, is there for a whole term, until 2024, so this really matters. This is true particularly because the President then gets to be closely involved in choosing the rest of the commissioners, ahead of parliamentary hearings and approval.

As a result, British MEPs could have an impact on the institutional make-up of both the Parliament and the Commission long past their departure. Even if party groups don’t want to have British MEPs in their ranks, their votes will still count and may swing results.

All of which brings us to the question of politics versus law. The UK remains a member state of the European Union until the day it finally leaves. That means it enjoys all of the rights (and is bound by all of the obligations) of membership as they stood before the 2016 referendum.

Thus British MEPs have every right to exercise their votes as they would have beforehand. Whether or not they are part of groups, the votes of the 73 MEPs will matter on issues both big and small. In most cases, that will be shaped by ideological positions, but there may be votes that produce alignment along national lines. Most obviously, there may be legislation that will have a material impact on a post-Brexit UK: do British MEPs then vote based on what is best for the EU or on how it might affect the future relationship between the EU and the UK? Do they seek to make that relationship more or less problematic?

Similarly, they will be able to vote on things that shape the EU well past any British departure. The new Commission is the most obvious example, but towards the end of this year, the EP will have to approve a new budget for 2020, and by the middle of next year it will have to give its agreement to a mid-term financial plan, the multiannual financial framework, which will bind member states through to the late 2020s.

Importantly, this is even more of an issue than in previous parliaments because of the changing composition of MEPs. The long-dominant centre-right EPP and centre-left S&D groups no longer hold a majority between them, and even with more collaboration from ALDE or the expanded Green group there is still scope for upsets. The composition and the attitude of British members will count for a lot in this calculation: remember that those 73 votes represent nearly 10% of the total.

Behind all of this is a more basic tension for the EU. In demanding British participation in the European elections, they have stressed the importance of fulfilling treaty obligations and the value of participative democracy for all. To deprive UK voters of their representatives cannot be defended in democratic terms. The flip side of this, however, is that those representatives have to be able to exercise their normal powers: to make decisions and represent their voters’ opinions and interests. As the EU will see through this year – and beyond – that means having to accept that there will be difficult moments and hard choices.

In practice, the problems might not be so big. British MEPs represent some very different views, so there is little chance they would even work as a single block. But in a period of a very diverse Parliament, even the shifts caused by Brexit will have an impact, not least because 27 of the vacated seats will be re-allocated to additional MEPs from 14 states.

Perhaps the ultimate test in all of this will be how British MEPs behave during their time in office. With a looming discussion on Article 50 extension and/or renegotiation this autumn, if they prove to be disruptive or obstructive, then that might encourage the EU27 to ask much harder questions about how long they want this indeterminate situation to continue.

The next Tory leader and Brexit

Of Maelstroms, Diaries and Awards Ceremonies: The Hadfield-Surrey Maiden Blog