After last week’s graphic, I’ve been working to keep things up-to-date. Now, with the first round of voting, we have some more clarity on policy positions, so as well as the revised overall picture we can also provide some detail on the emergent trends.

First up, that overview: 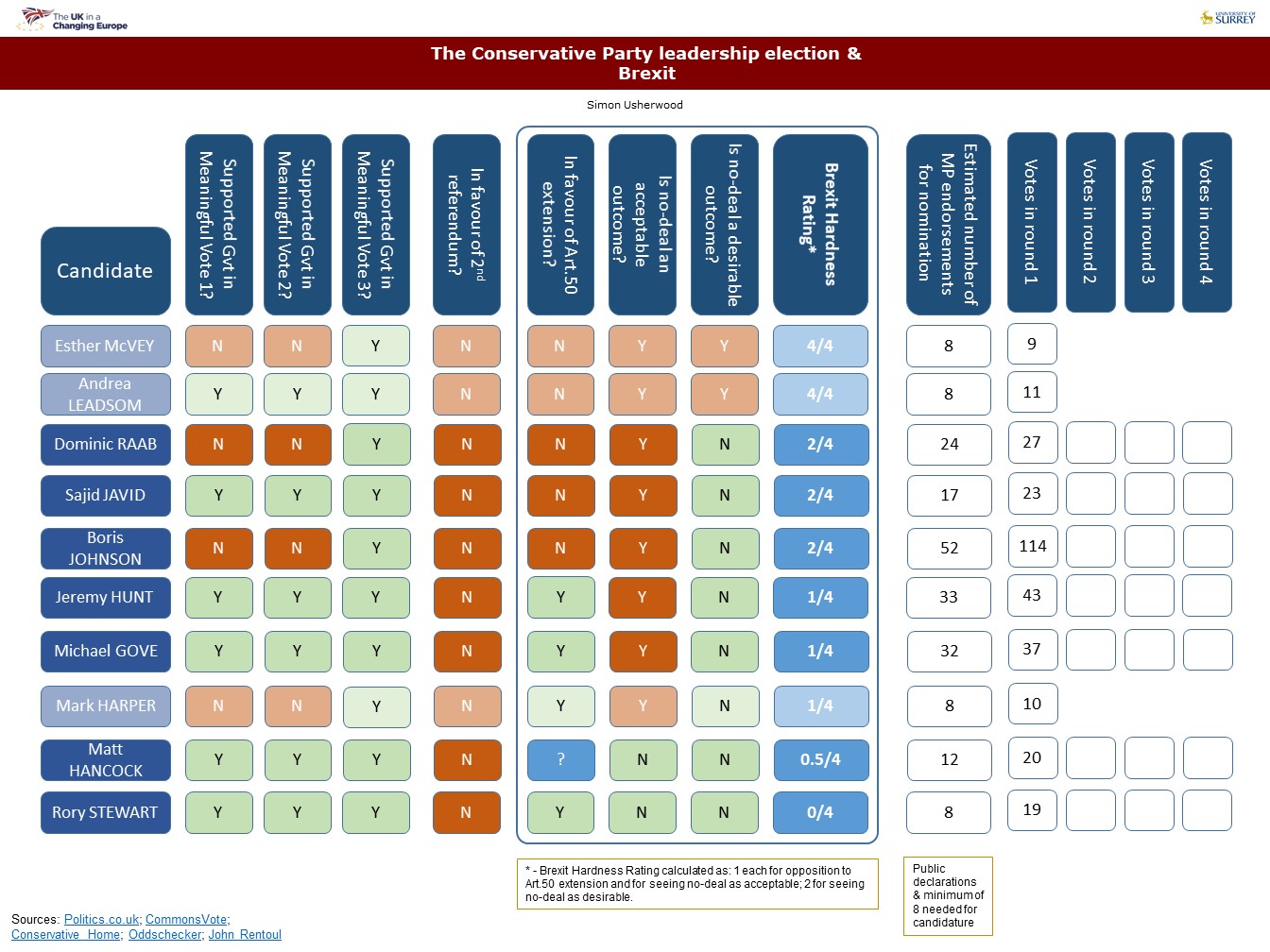 For today, the key column is endorsements: candidates needed at least 17 votes (including their own) to meet the threshold. As can be seen, those with very high or very low Brexit Hardness ratings were in the weakest position, so expect these to be most likely to fall away (the second round on Tuesday next week raises the bar to 34 votes).

This raises the obvious question of where their supports regroup to: at present Johnson looks better placed to pick up the harder end, and Hunt the lower end. Gove is an uncertainty right now, but his creditable showing today, then he might recover sufficiently. 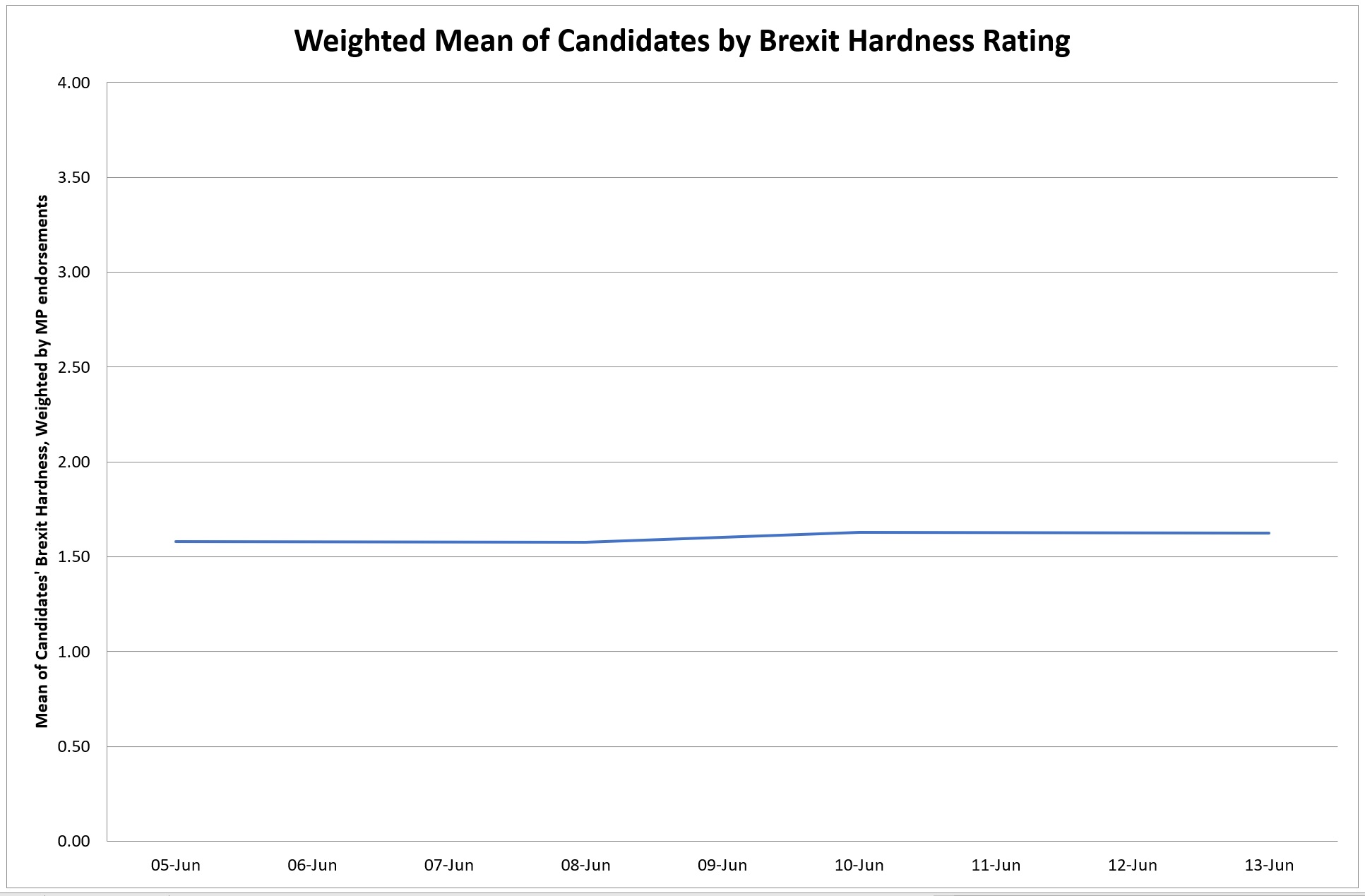 The loss of Sam Gyimah at the nomination stage, and Leadsom, McVey and Harper at the first round have not had much impact on the mean rating, not least because so few MPs supported them. This leaves the centre of gravity somewhere with a harder line than under Theresa May (who would rate as 0 on the scale), but not nearly as hard as those who would go for no-deal as a preferred outcome.

Vaccine or Victory? The 2019 European Parliament Elections and its Impact on Britain and Brexit