Here at Surrey, many people choose to undertake a 4 year degree when they do a placement in their third year and then come back to university and do a fourth year to finish off their degree. This is often called a ‘sandwich year’ and you will find it at other Universities, however at Surrey it’s extremely popular. This placement opportunity is one of the many reasons I chose Surrey, and I’ve been excited about doing placement ever since my first year. This year is my second year, the year where I apply for my placement which I will undertake next year, and I’m going to tell you my placement hunting story, in hope it might help more people in their endeavours.

Looking for placements is overwhelming to say the least. I don’t really have any exact plan of what I want to do with my future, I have a wide variety of interests, and this led me to feel totally overwhelmed by all the options. Did I want to go abroad? Did I want to stay in the UK? Did I want to go study in another Uni abroad or work? Did I want to do half work half study? Which country would I go to? There was so many things to consider. In the end, I decide to settle on working here in the UK, as it felt like the best fit for me. The next step was trying to decide which placements to apply for. My degree is a Bsc Joint Honours in Politics and Sociology, therefore there is not a huge breadth of placements for me to choose from. I found a lot of the placement were unpaid, which I simply could not afford to do. It was hard for me for a while to find placements I 100% wanted to do, as I was determined not to do a placement year for the sake of it, I only wanted to do it if I found something amazing.

I applied to six placements all in all by the time I got my acceptance, and out of those six I had three interviews. I now have my placement working at the House of Commons secured, and I have never been more excited as it is a dream come true. However, it’s not always looked so positive. Here are some key things I’ve learnt from my placement hunt-

Rejection is not always the worst thing to happen

Now I had had five rejections before I got my placement, and although for some people that may seem like nothing, I found it quite hard. I’m really not the best person at dealing with disappointment, and every time I got rejected from a placement it just hurt a bit more. However- I never lost hope. At the end of the day, I always knew there would be more opportunities, and now I have a placement which I love more than any of the others I applied for, and I am so happy now that I didn’t get those other jobs. You literally never know what doors might open to you. Even though the rejection can be really tough- don’t give up. It was as soon as I was starting to lose hope that I received my confirmation email from the House of Commons. You never know when the tides will change.

It probably didn’t go as badly as you thought

I remember the first interview I had was an assessment afternoon at YouGov, and it was probably the most intense and scary thing I’ve ever experienced. In the space of about 2 hours, I had 4 interviews one after the other, a task, and a presentation. It was my first ever proper interview and I was terrified. After one of my four interviews, I came out of it completely shaken up, on the edge of tears. I had never felt so stupid in my entire life. The guy who interviewed me was terrifying and I couldn’t answer some of his questions. I felt awful. I left that interview feeling so low, and so worried about my placement hunt because it had gone so badly. However- when I received my email saying I hadn’t gotten the placement, they informed me that I had in fact reached their top 5. I was completely shocked as I thought I had completely blown it. I emailed back asking for some feedback, and his feedback to me was essentially that I didn’t do anything wrong, it was more the person they chose seemed a bit more suited to the role. Again- I was so shocked, as I was so sure I had completely made an idiot of myself. So the lesson here is that it probably didn’t go as badly as you thought it did. At the end of the day, you have no idea what the employer is looking for, so even if you felt like you said or did the wrong thing, it might not have mattered to them. 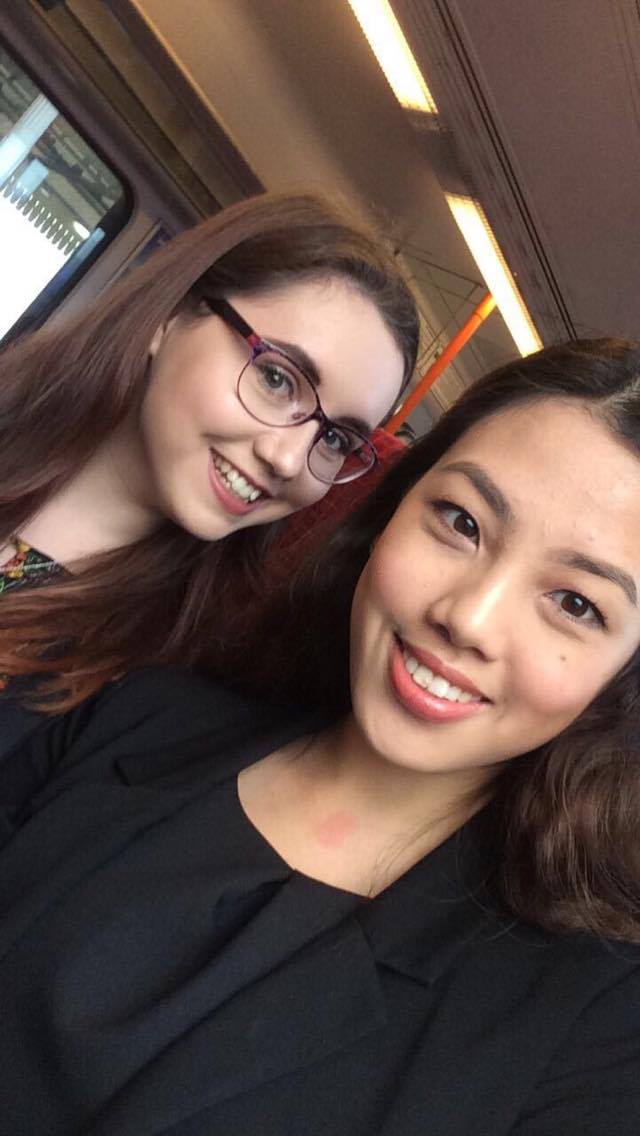 Placement isn’t the end of the world

Now this may seem like a kind of weird point coming from somebody who is about to go on her placement in September, but I think this is one of the biggest thing I learnt. Getting a placement is not actually the end of the world.

The House of Commons placement that I ended up getting was the last one I’d applied for, and for me, it was kind of that or nothing. I knew it was the one I wanted most, and although I kept looking for other placements whilst I waited to hear back from them, I didn’t see anything I liked. This got me thinking that well, actually, it was not the end of the world if I went straight into final year. I had got so hung up on getting a placement, and this idea that I was failing somehow if I didn’t, but I was determined not to do something for the sake of it, and I’m glad I stuck with that. I became a lot more relaxed, and decided that if I didn’t get the House of Commons placement, maybe placement wasn’t the right thing for me after all and maybe I should just go into final year. The day after I had gotten super comfortable with this decision to not do placement, I got my confirmation email through for the House of Commons. I think, at the end of the day, the more relaxed you are, the more you’ll find opportunities present themselves.

I think those are the three biggest lessons I learnt. No one is going to tell you that looking for a placement is easy, but it is so worth it.

The last piece of advice I’m going to leave with you is this.

Don’t let fear hold you back.

When I first confirmed my placement, I was terrified, and the scared part of me almost wished I had never accepted the offer, because it meant so much is going to be changing. However, I decided to embrace that change, and use that fear to motivate myself and to try and overcome being so scared. I’m fully embracing this opportunity, I’m moving to London, which I never thought in a million years I would ever be able to do. London terrifies me, but I’m determined to make the most of this year and push myself to have an incredible placement experience. I am so happy now that I’m doing this big scary thing and I took the opportunities presented to me. It’s going to make me a braver person, and I will always thank myself for that. So don’t let the fear get you down. Yes change is daunting, but it’s all a part of life and growing up. 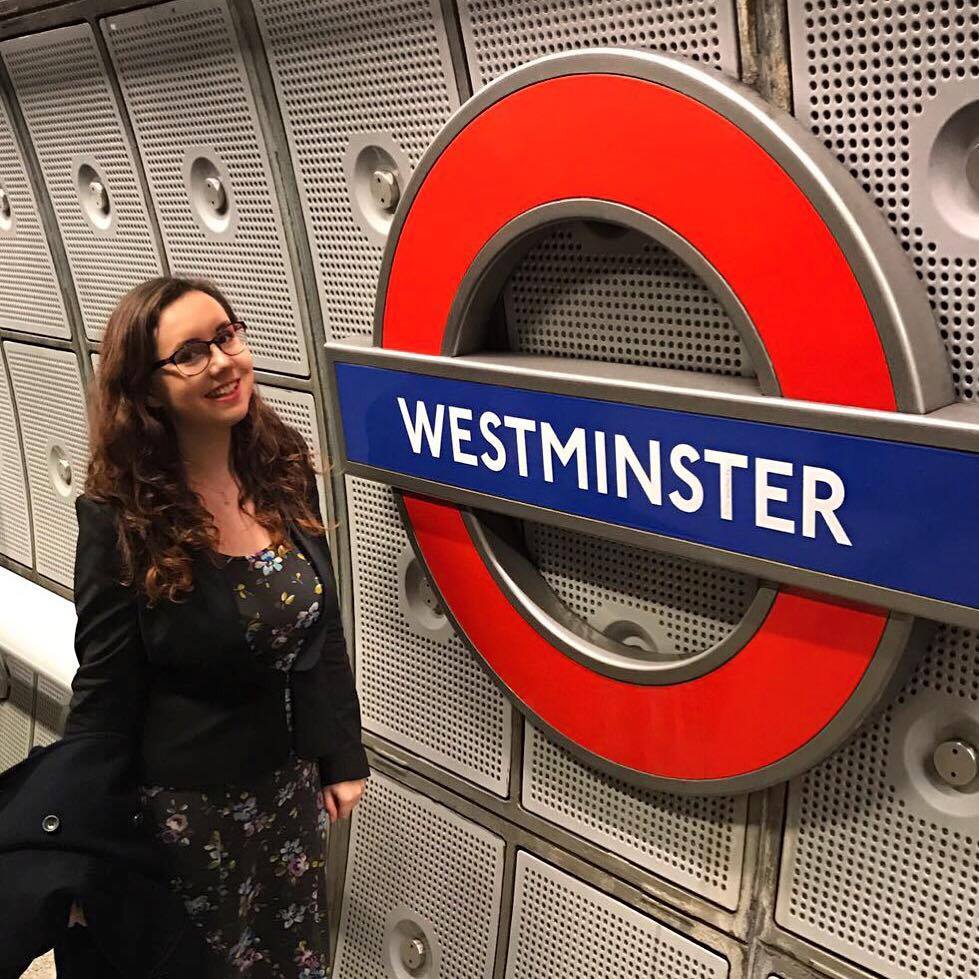 I hope this has helped anyone reading this who is considering placement or who is currently hunting for their dream job, I hope you find what you’re looking for. Best of luck.

Someone to lean on