I remember when I first considered studying abroad one of my biggest concerns about studying in the UK was that by the UK being an island, rather than in mainland Europe, I’d miss out on the opportunity to travel. This fear was quickly squashed when I realized how user-friendly and affordable travel in and around the UK really is. The following post will hopefully shed some light on just how accessible all corners of Guildford, the UK, and Europe are.

By Foot: One of the greatest things about Guildford is how walkable of a town it is. Guildford has not only a bustling city center but also a fair share of greenery and parks, such as Stoke Park. To access it all, budget about a 15-20-minute walk from Stag Hill Campus.

By Bike: The University of Surrey is extremely bike friendly. Most residences have their own bike racks or storage facilities. Bikes are a great alternative to walking, especially in the colder winter months. While crime in Guildford is low, remember to invest in a secure bike lock if you plan on cycling when you get here.

By Bus: Lucky for us, University of Surrey is fully-serviced by Arriva, a popular UK bus service. The university’s main bus stops are just outside of the Austin Pierce building (center of campus near the Alan Turing statue) and go both towards town center (approx. 7-10 minutes) and to Manor Park (approx. 5 minutes). There are additional bus stops dotted around Stag Hill Campus and Manor Park. Bus service during the day is extremely regular, with buses arriving every 8-15 minutes. In the evening it may be beneficial to download a free bus tracking app as buses are more spread out. Bus service begins around 6 am and continues until just after midnight.

By Tube: By now I am sure you are aware that London is fully serviced by a subway-esque system called the London Underground, more affectionately termed as the “Tube.” But did you know that the Tube was the world’s first underground railway? Serving millions (yes!) of people daily, the Tube is extremely efficient and serves not only all of London, but parts of Essex, Hertfordshire, and Buckinghamshire. The range of the tube makes it an awesome tool to explore the countryside outside of Surrey. The Tube runs until late, typically just after midnight, and some lines are 24 hours on the weekend. While the Tube is incredibly user-friendly, I suggest downloading a Tube map or smartphone app to keep handy. A few good app options are Tube Map and Citymapper. There is also a great navigation function at Tfl.gov.uk that allows you to plan journeys and view service disruptions.

By Bus: A cheaper alternative to the tube is to use one of London’s famed red double-decker buses. Although not as quick to get you from Point A to Point B, the bus is a great way to view London scenery during your commute. Full bus service is not 24 hours, however, there are night bus services that serve most of London from very late until the early morning. I suggest downloading Citymapper to your smartphone if you plan on using the bus. There are features that help you find the closest bus stops and plan your journeys.

By Rail: One of the greatest things about the UK is how accessible by rail it is. This accessibility makes most destinations within Southern England completely do-able within a day. For example, getting to Oxford takes around just one hour. Train tickets vary depending on the time of day the ticket is for. I recommend getting an early start and snagging the cheapest tickets for early morning departures. Check out websites like thetrainline.com for cheap tickets.

By Coach: A cheaper alternative to rail is to use coach service. Essentially an upscale bus service, coaches serve most parts of the UK, including the popular destinations of Brighton, Manchester, Bath, Cardiff, and Edinburgh. Popular coach services include National Express and Mega Bus. Book early to take advantage of the best deals.

By Rail: Not a fan of flying or prefer commuting via train? Thankfully, Eurostar exists. Departing regularly from St. Pancras in London, the high-speed rail service travels to France and Belgium via the channel tunnel. Book in advance as tickets can get expensive.

By Flight: Flying is usually the most affordable option when it comes to navigating to Europe for the weekend. With budget airlines such as EasyJet and Ryanair, it is possible to book a round trip flight to the mainland for well under £100. Feeling a bit adventurous? Try using Skyscanner.net and placing “Everywhere” in their destination search engine. This is a great way to see which destinations are cheapest on your preferred weekend of travel. I’ve used this feature in the past and ended up in places like Nuremberg, Germany and Bergen, Norway. Highly recommend!

By Coach: Similar to travel within the UK, travel outside of the UK via coach is also completely doable and typically less expensive than by rail. Again, book your tickets early to take advantage of the best deals and be sure to factor in the amount of time it will take to get to your destination when selecting your mode of transport.

Lucky for us there are many different types of discounts for students when it comes to transport. The following are a few of the most popular:

Arriva Student Travelcard: Offered by the University of Surrey, students have the opportunity to purchase an annual travelcard at a severe discount. For example, this year’s student bus passes cost £153 as opposed to the non-discounted price of £670 – a massive £500+ saving! This travelcard is valid for all Guildford routes.

16-25 National Rail Card: National Rail’s 16-25 rail card is a sound investment for students that plan on traveling around the UK or to London frequently. Costing £30 up front, the card offers a 30% discount on all standard anytime, off-peak, standard advanced, and first class advanced fares. For students older than 25, you are still eligible for the discount card so long as you are studying full time. All you have to do is get a signed letter from Surrey confirming your enrollment status.

Student Oyster Card: The student oyster card is worth investing in if you plan on visiting London twice or more a week. Costing £20, the card allows users to pre-purchase tube tickets and passes at a 30% discount online.

I hope this post addressed any transport concerns you may have had and inspired you to take full advantage of Guildford’s location while you undertake your studies here. Visiting other parts of the UK and Europe has been an absolutely fantastic experience and one of the greatest aspects of my time studying overseas. I am sure you will find that this is the same for you too. 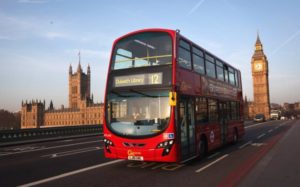 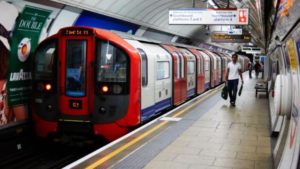