More from our volunteer, Graham Potter, who this week uncovers an interesting story involving Sidney Rich, and the novel if not generous way he chose to mark his birthday!

I was assisting my second Archivist, Melanie Peart, from November 2015 and a year later she felt I could be suffering from “ cuttings overload “, so I have moved on to the files that we hold on eminent people in the life of the Polytechnic and the University.

The files are of mixed interest with a good deal of formal business about Governors’ meetings, with many letters by H. Arrowsmith, for many years the Clerk to the Governing Body. He wrote to the Chairmen at their homes and their answers are all hand written. Senior men of that era did not use typewriters themselves so these manuscript letters may well be the only examples left of their handwriting.

Sidney Rich’s file proved more interesting as he was in post at the closure of Battersea and indeed became the first Chairman of Council of the University. He received an Honorary Doctorate from the University and the first accommodation block in Battersea Court was named after him.  You can also find Tate and Spiers House in the Court. 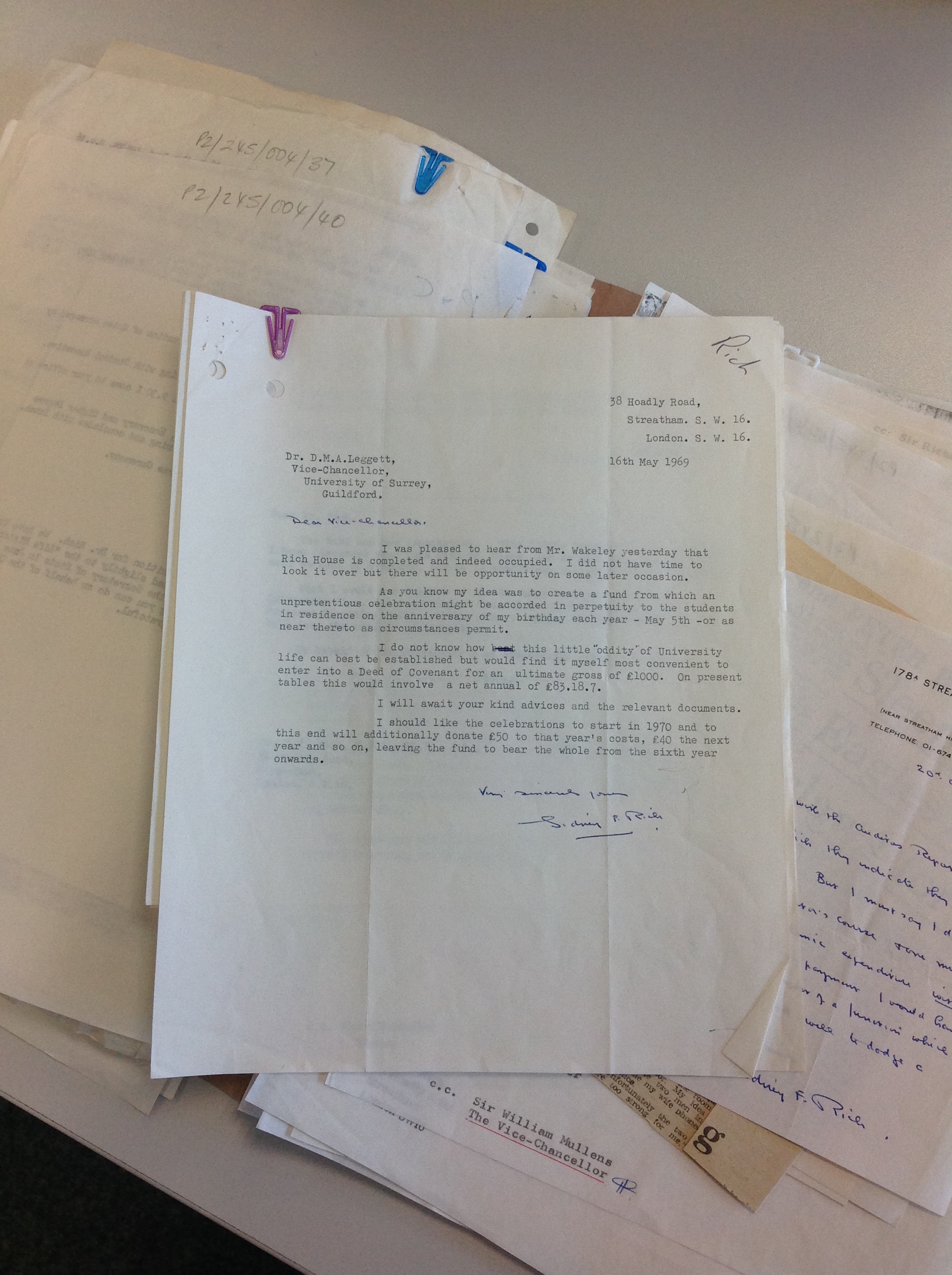 Dr. Rich made a generous gift of £1000 (one third of the cost of my first house in the 1960’s!) in a light-hearted gesture to provide a party on his birthday in May every year for the students in Rich House. By 1982, his file has internal letters warning the Warden of Battersea Court that the interest was not keeping up with present day costs.

I was able to explore the progress of the fund with help from the Alumni, Financial and Accommodation Offices and it is virtually certain that it was decided to use the capital until it was exhausted. No current staff member can remember these parties so they probably did not survive the 1980’s.

A Volunteer Amongst the Cuttings

The Battersea Cookbook and Nanna’s Recipe for Beef Galantine