One of the best parts about being in Surrey is the proximity to London. Less than 40 minutes on direct train and boom bam- you’re there and ready for an adventure in the city. Being the shameless tourist that I think I am, I’ve gotten tired of seeing central London. Big Ben, The Eye, Picadilly Square, Oxford Street..been there, done that!

Whenever Caribbean emigrants write about moving to England (Jean Rhys, Samuel Selvon and Grace Nichols, for instance) the common descriptions are of grey skies, grey walls and buildings that all look the same. Luckily enough, Guildford has some impressive green scenery. Most parts of London, however…not so much. The architecture is fantastic, but they just don’t have the range of colours that the islander’s eye gets used to.

During my last trip to the capital city, I found one of my new favourite places in the world. Camden Town- stomping ground of the late Amy Winehouse and home of the famous Camden Market. I took my good time on a Saturday to link up with my good friend, Ché (big up yuhself real quick) who is also from Trinidad but studies in Newcastle. To avoid the monotony of window-shopping on Regent Street, I decided that we’d choose between Brixton and Camden. Anyone who knows me, knows that I am absolutely obsessed with Amy Winehouse, as her music was quite a big part of my childhood. When I heard that there’s a statue of Amy in Camden, there was no question about it, and I’m ultimately really glad that I made that choice. (Hardlucks Brixton, I’ll see you again another day).

Random Fact: The Borough of Camden has had to replace the street sign at 30 Camden Square (Amy Winehouse’s address) more than 14 times, at over £290 each. They had to appeal to her fans to stop removing the sign after her death in 2011.

Camden Town is the ultimate exception to the (slightly biased) generalization that I’ve made about London. Everywhere you turn, there’s art and colours and aromas and music that sings to your soul. You literally could not be in a bad mood when walking through Camden Market. The narrow pathways are lined with hundreds of little shops that sell everything at really impressive prices. Let me also take this opportunity to say that I am really really really proud of myself for not spending too much money on this trip because the devil was actively tickling my pocket. Everything in the market is just so exciting, that it makes you want to carry it home. There are tons of tattoo and piercing shops, vintage clothing, vinyl records, places with traditional Indian clothing, African dress, handmade jewelry and even some good old Bob Marley tees. Even Starbucks was jamming dub and reggae songs through their speakers- Beres Hammond et al.

I searched for Caribbean restaurants in the area (shoutout to Yelp, a great app for finding food) and there are quite a few, but we happened to get distracted by a Chinese restaurant that had an all you can eat offer for less than £10. All you can eat? Hello, yes thank you. Needless to say we ate awllll that we could eat. There were lots of options in any case, from vegan street food to oversized hotdogs.

As a theatre enthusiast, of course I ended my day at Camden People’s Theatre, where I saw a performance called ‘Fog Everywhere’. I even met one of my coursemates who had also come from Guildford to watch the same show. Small world, big city! Even the little theatre building was spunky and cute..pity I didn’t take any photos of it, but here are some other shots of two trinis (predominantly the one who’s writing this blog) getting lost in the bustling hub of Camden. 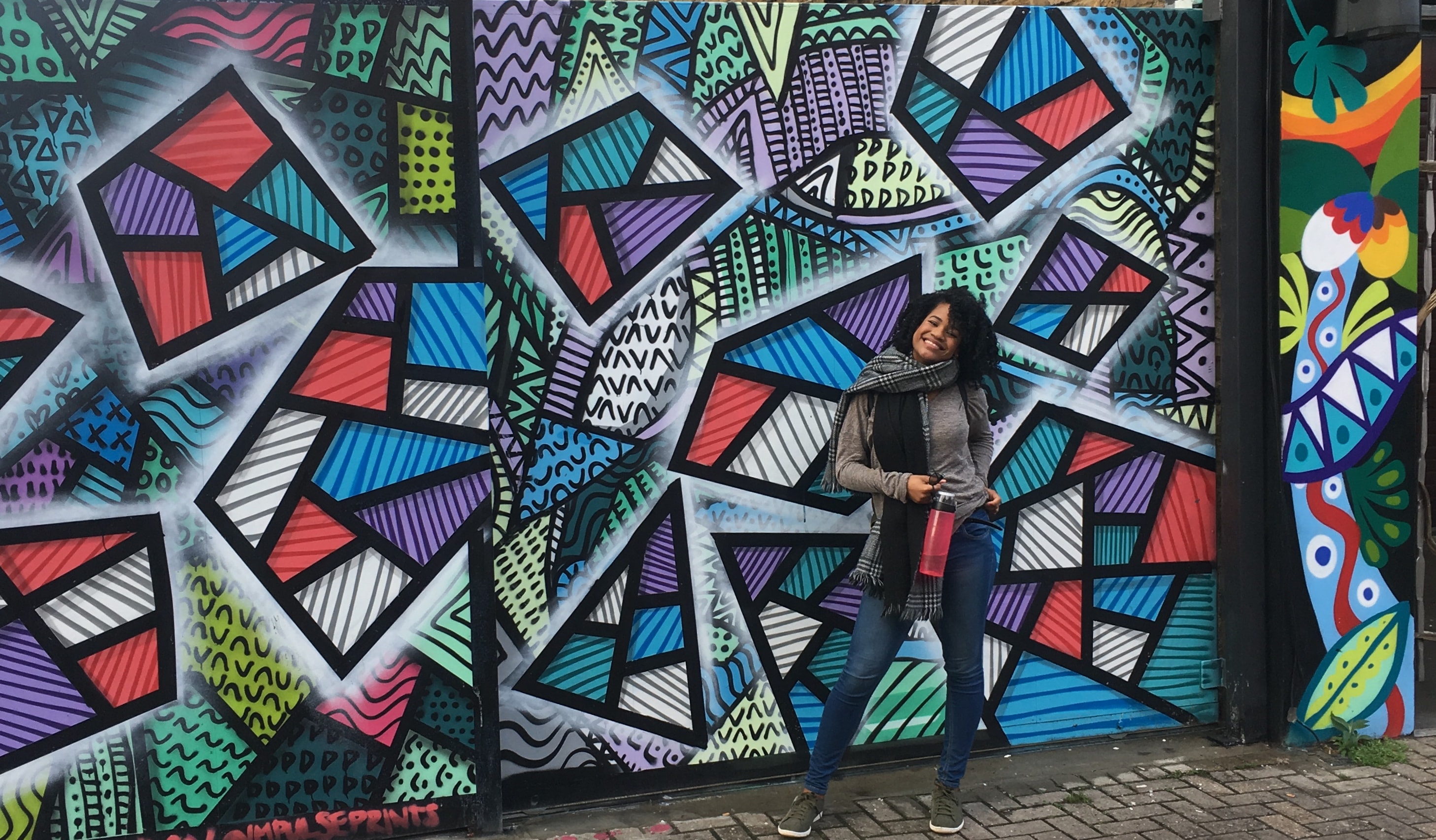 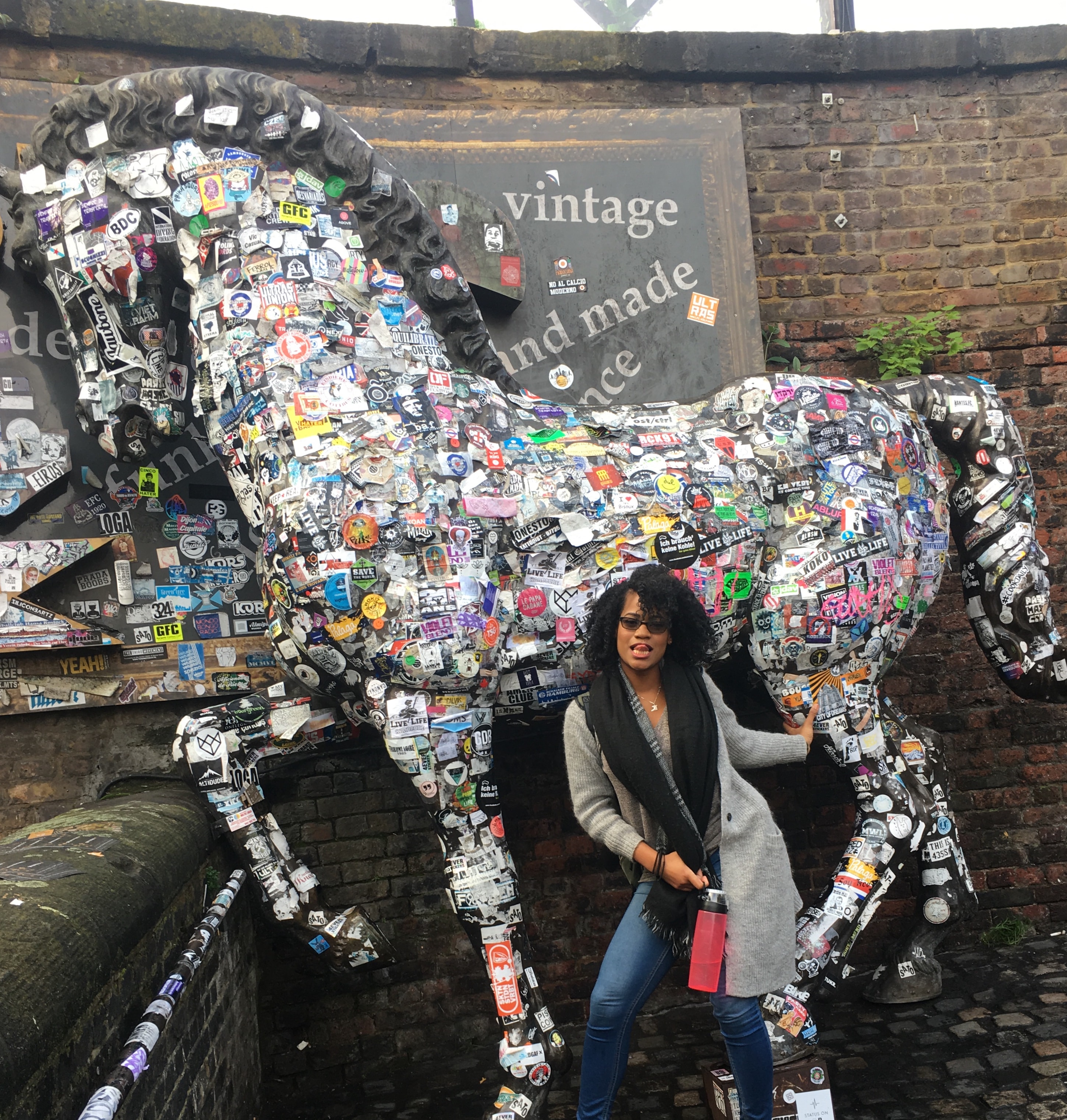 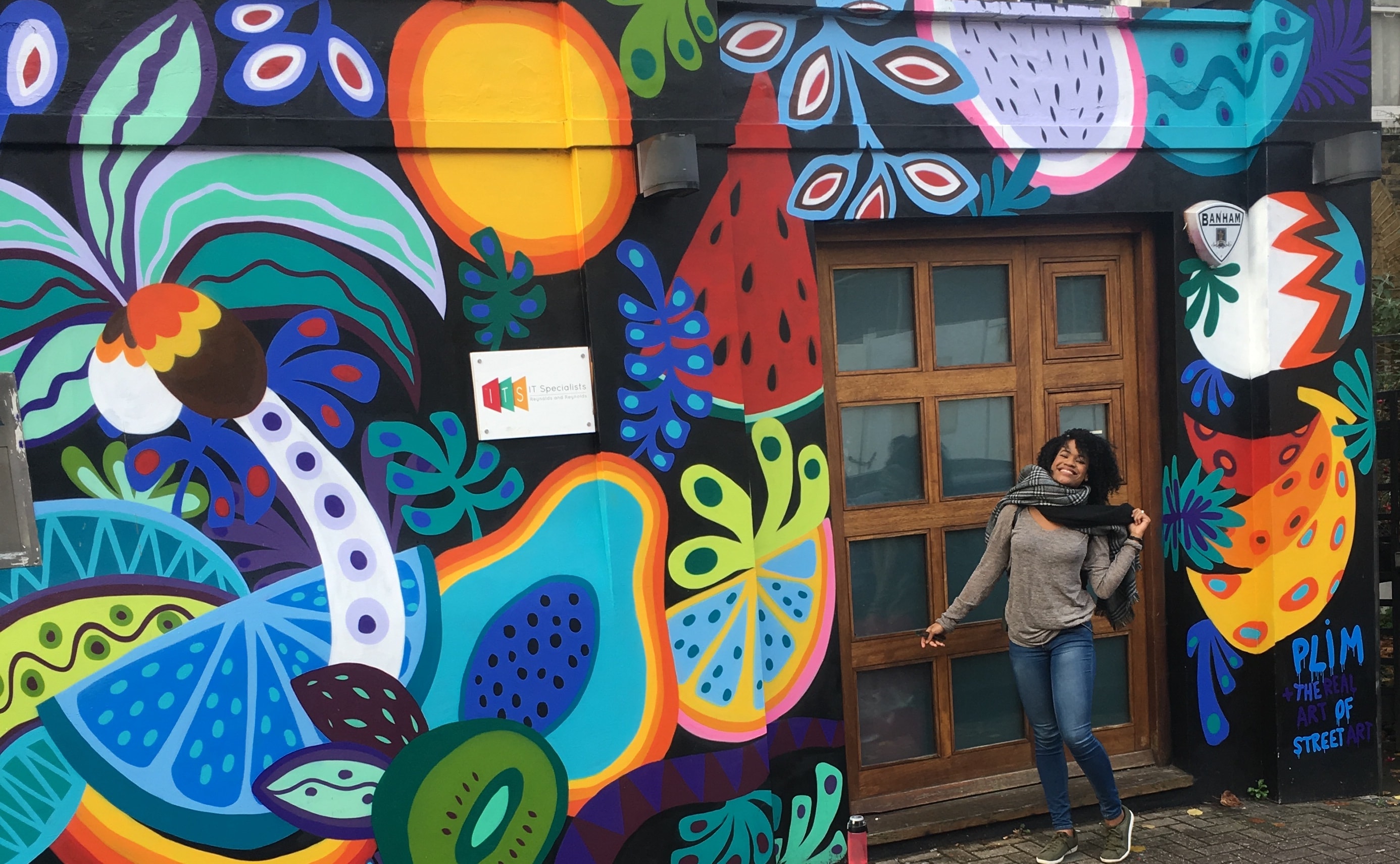 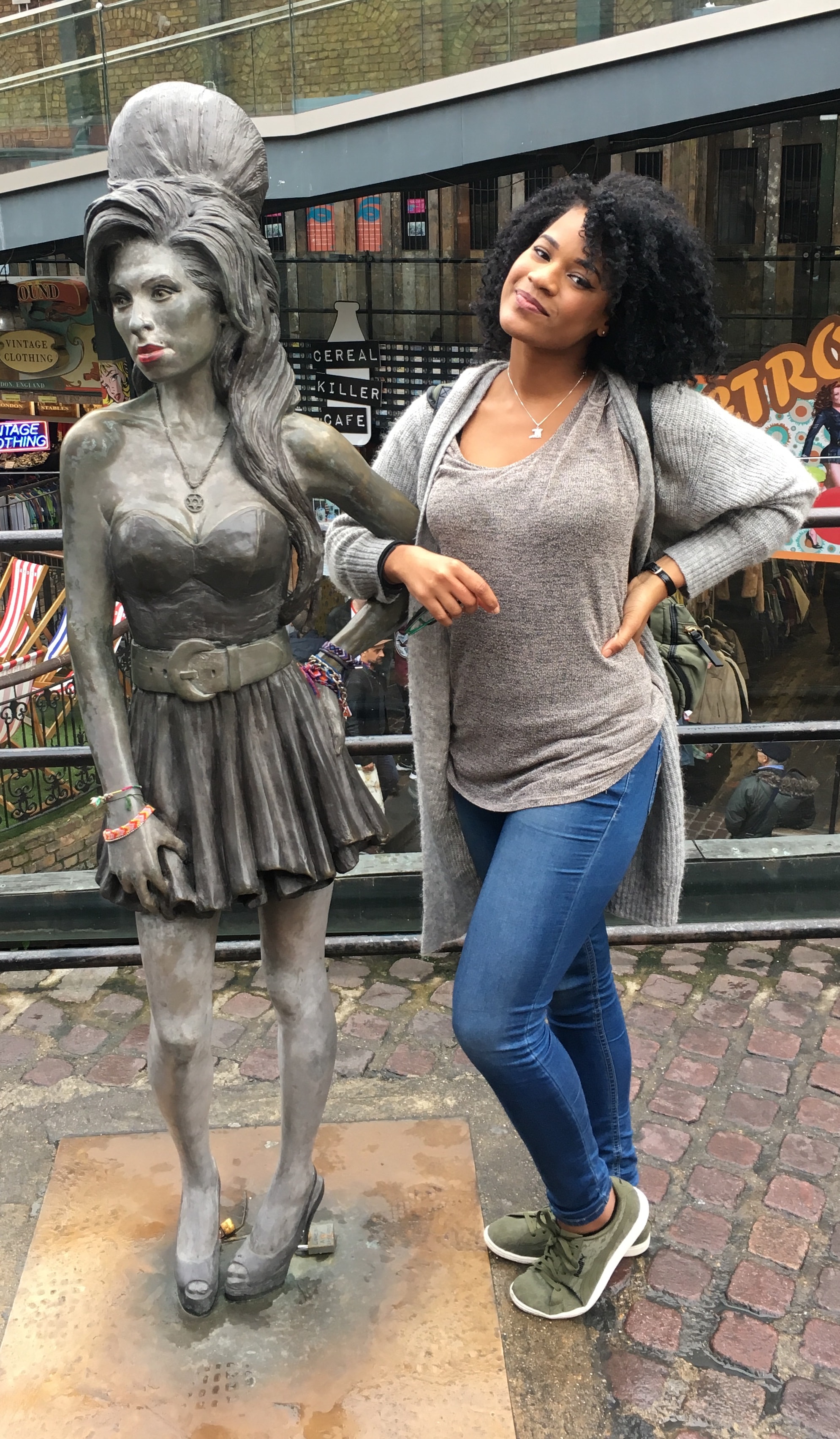 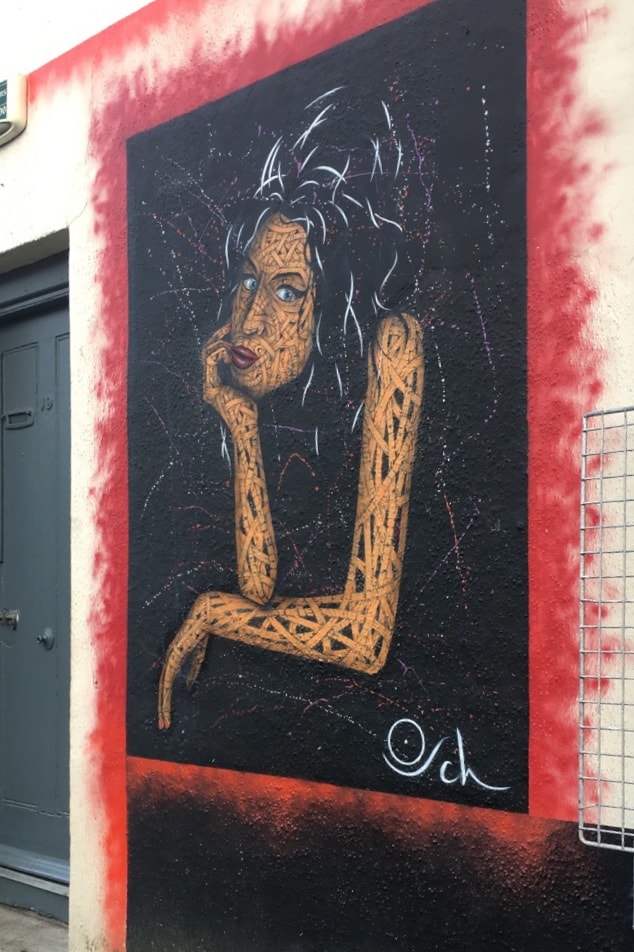 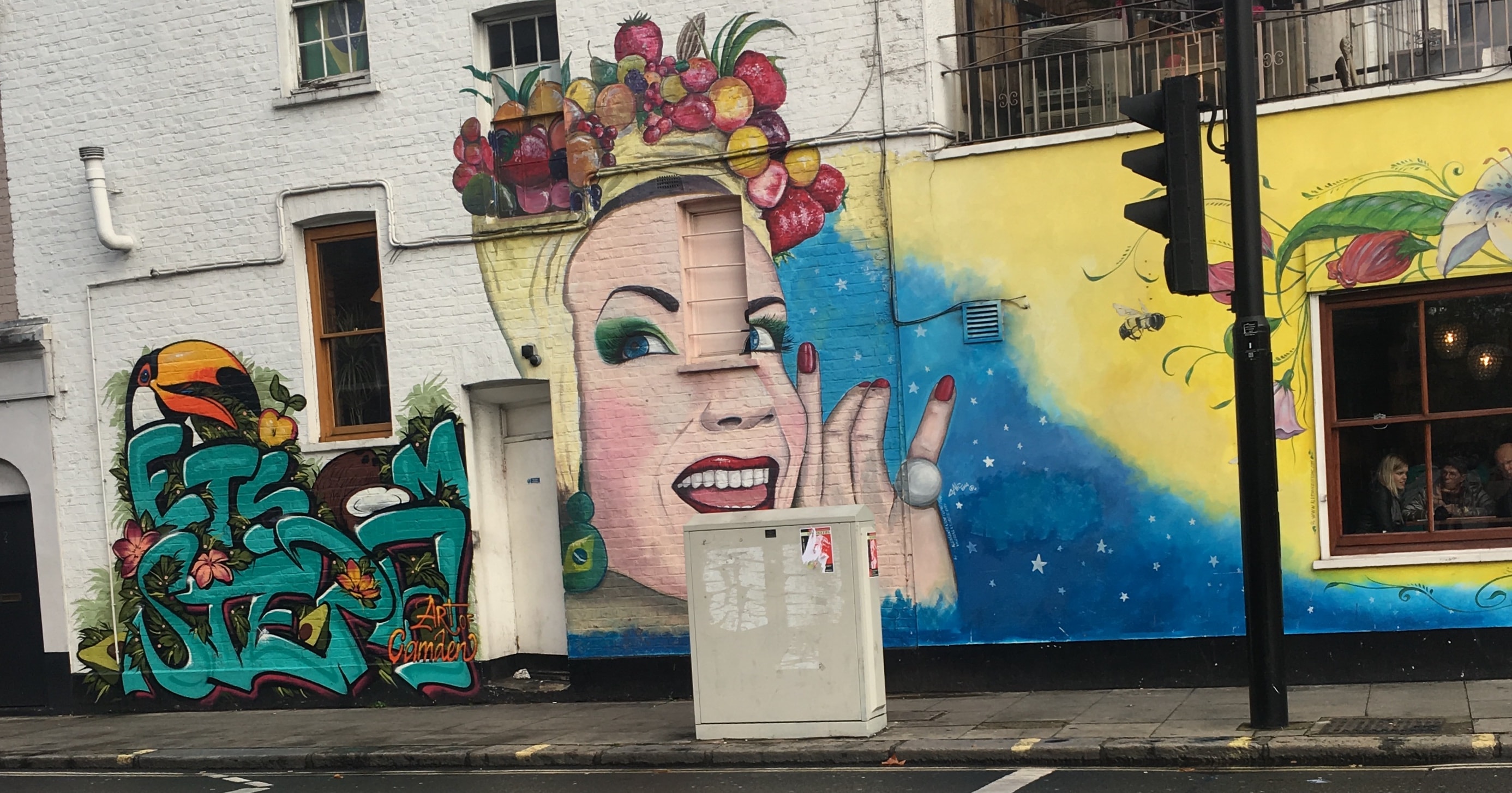 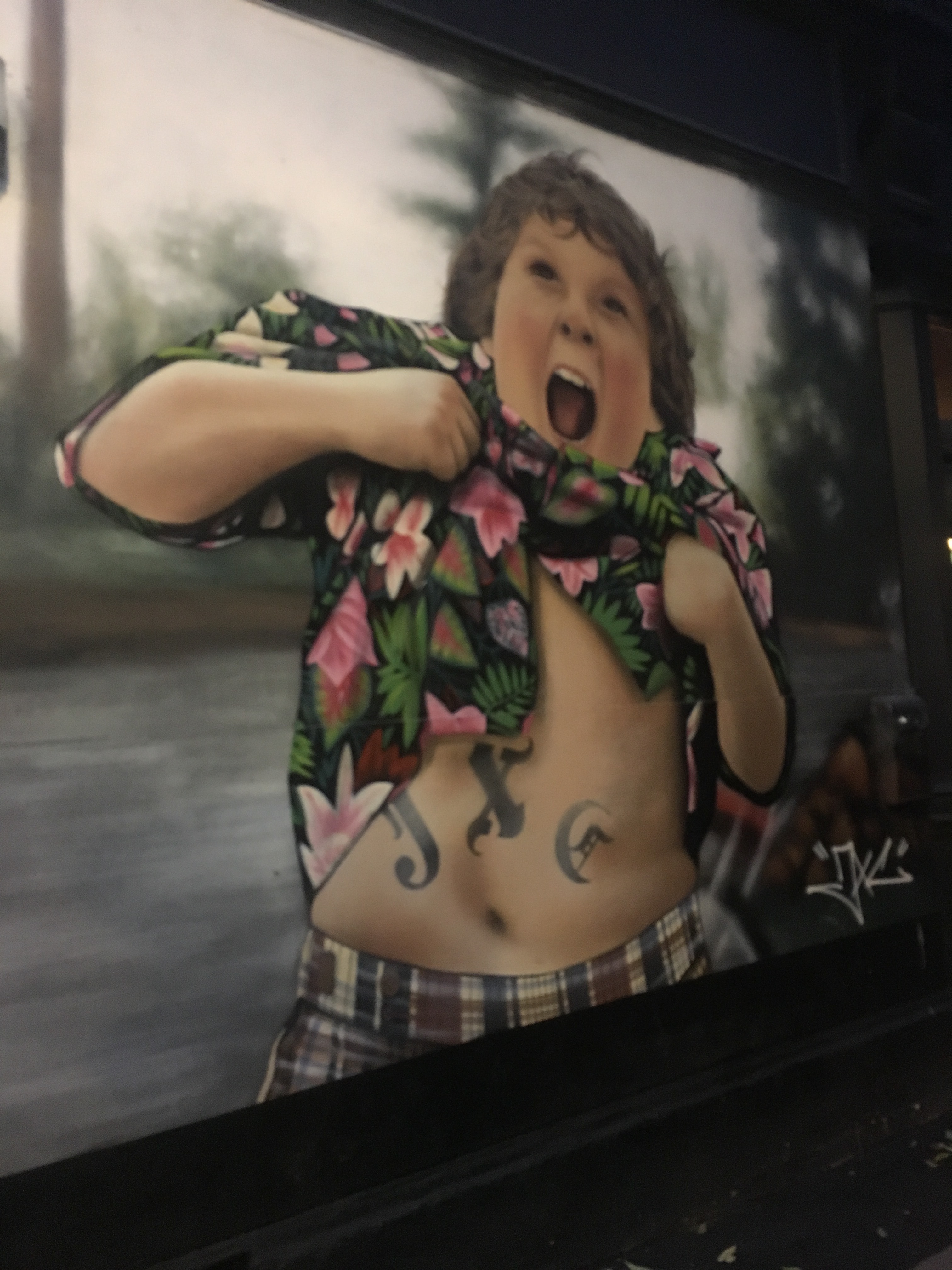 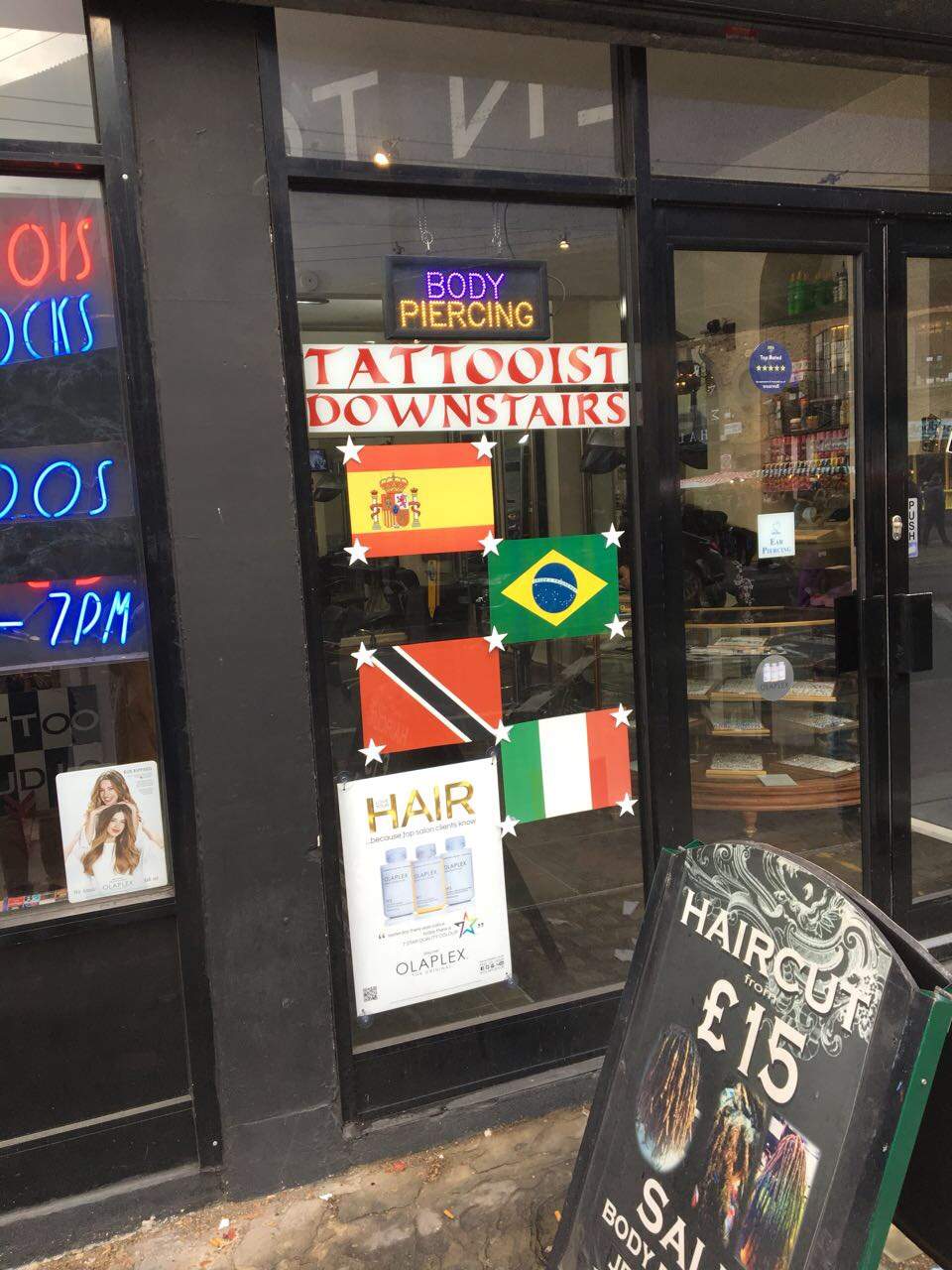 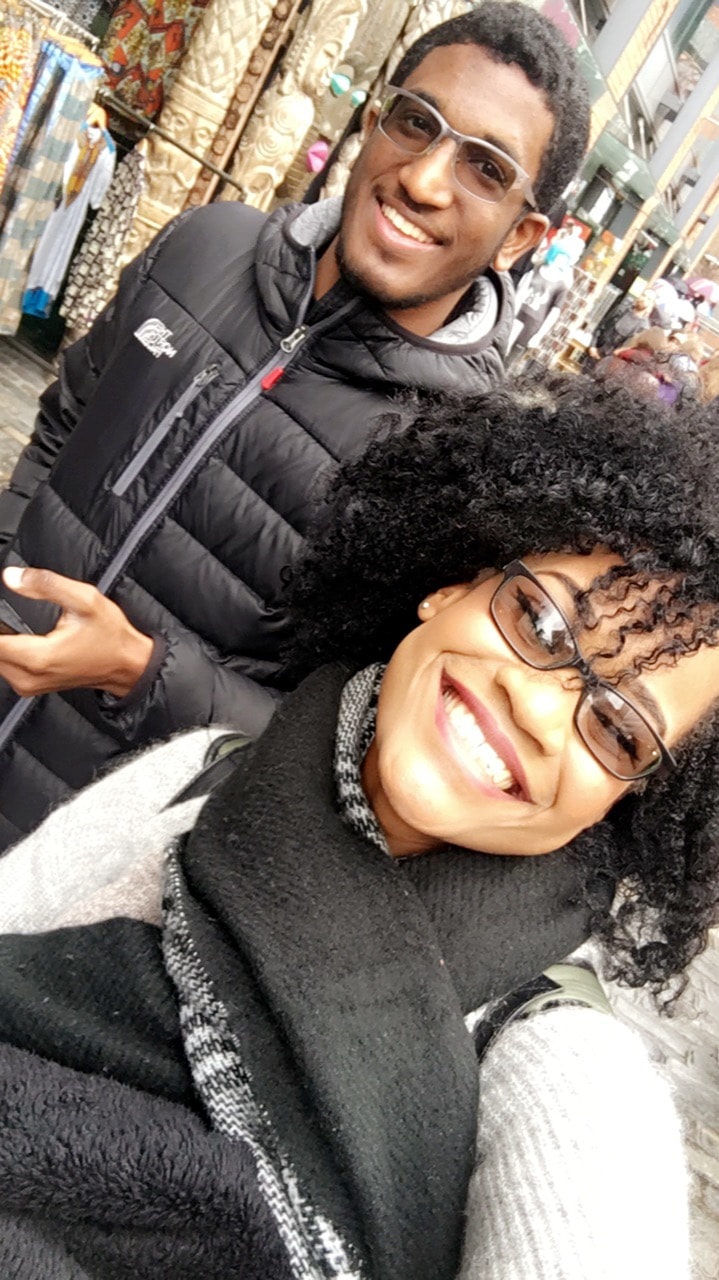 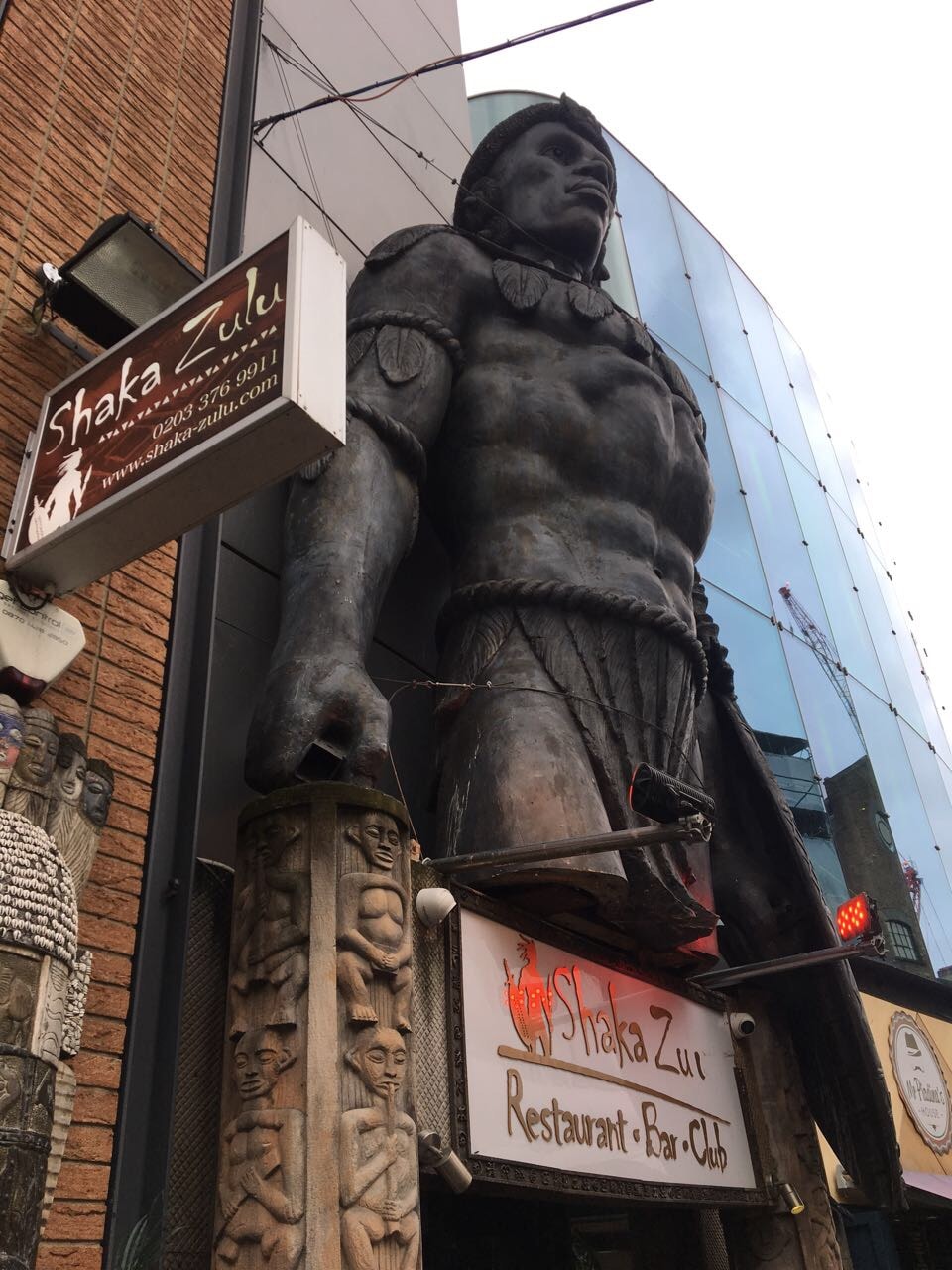 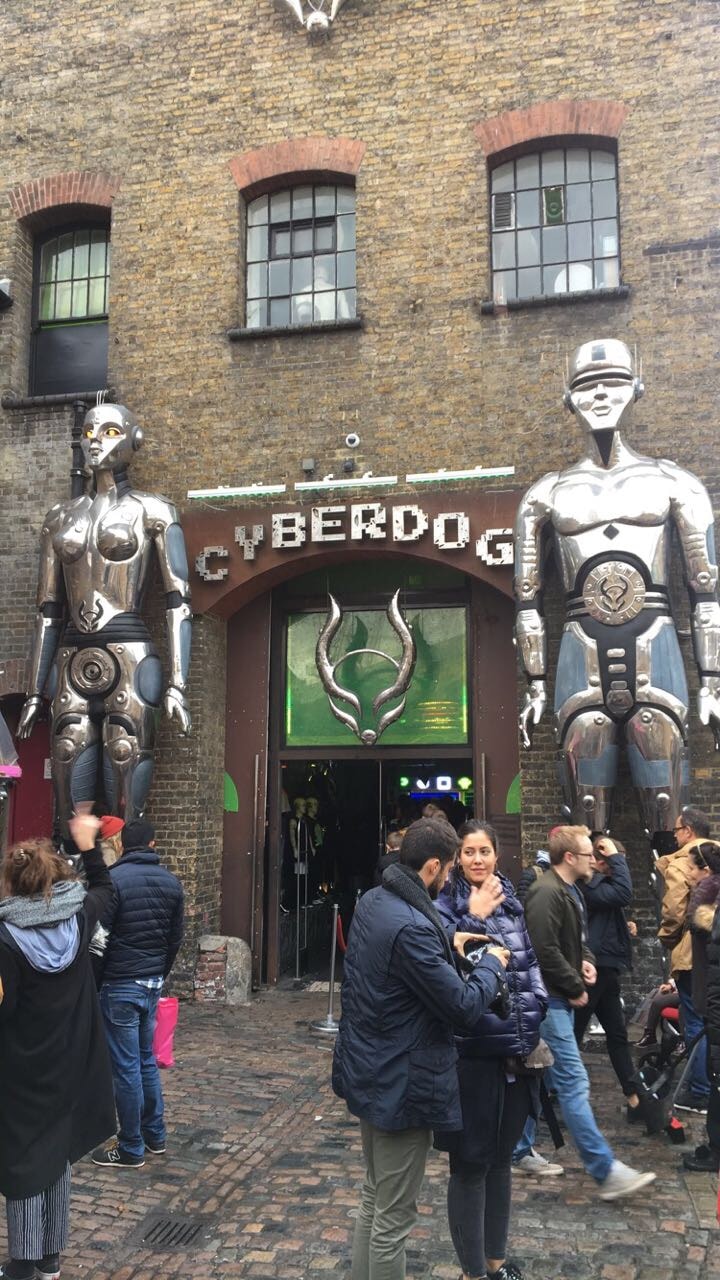 Pleased To Meet You! FAQs

Staying Warm in The Winter