I’ve arrived on September 17th, almost a week after my original flight, which I lost due to complications with my visa.

Deciding to travel abroad was a tough decision, as even though you will experience new stuff, meet new people and study in a different university, you will also be away from your family, friends, and culture. I myself actually postponed as much as I could this trip because of my girlfriend because it was scaring leaving her back home and being in Europe by myself, but I’m really glad that I did! It had always been my dream, and being here fulfilling it every day is the most inspiring and epic as you could imagine, even on the bad days (Everyone will pass through them, and it’s okay)

I stayed on the house of a known person for two days, before coming to Surrey at the 19th, to begin this new chapter in my life. As most exchange students I stayed on the University Accommodation, the cheapest one. The house is really good, and my flatmate, a fellow from the USA, has been a real friend, and the closest thing to a Brazilian that I met, since all the other students that I have met are from Europe. But in a way, I think this was for the best.

Since I didn’t have any Brazilian friends, I was forced to speak English all the time, and interact with people from different cultures, as if I had someone from Brazil I might have closed myself to the unfamiliar, as has happened to countless other students. Surrey, England actually, is really windy, but you’ll get used to it quite quickly really. The International Team helped us exchange students, in the beginning, did a lot of events for us to get along, to discover more of the city and the University, and I think that was really important. You never get the feeling that you are alone at Surrey, you know there is a whole team ready to give you any support you need, and I never felt this secure not even in my home University!

Eventually, you will start to drift away from the International team and explore this new environment on your own pace, but they will always be there for you, and this alone already is a great advertisement to apply to Surrey, in my opinion.

On the next posts, 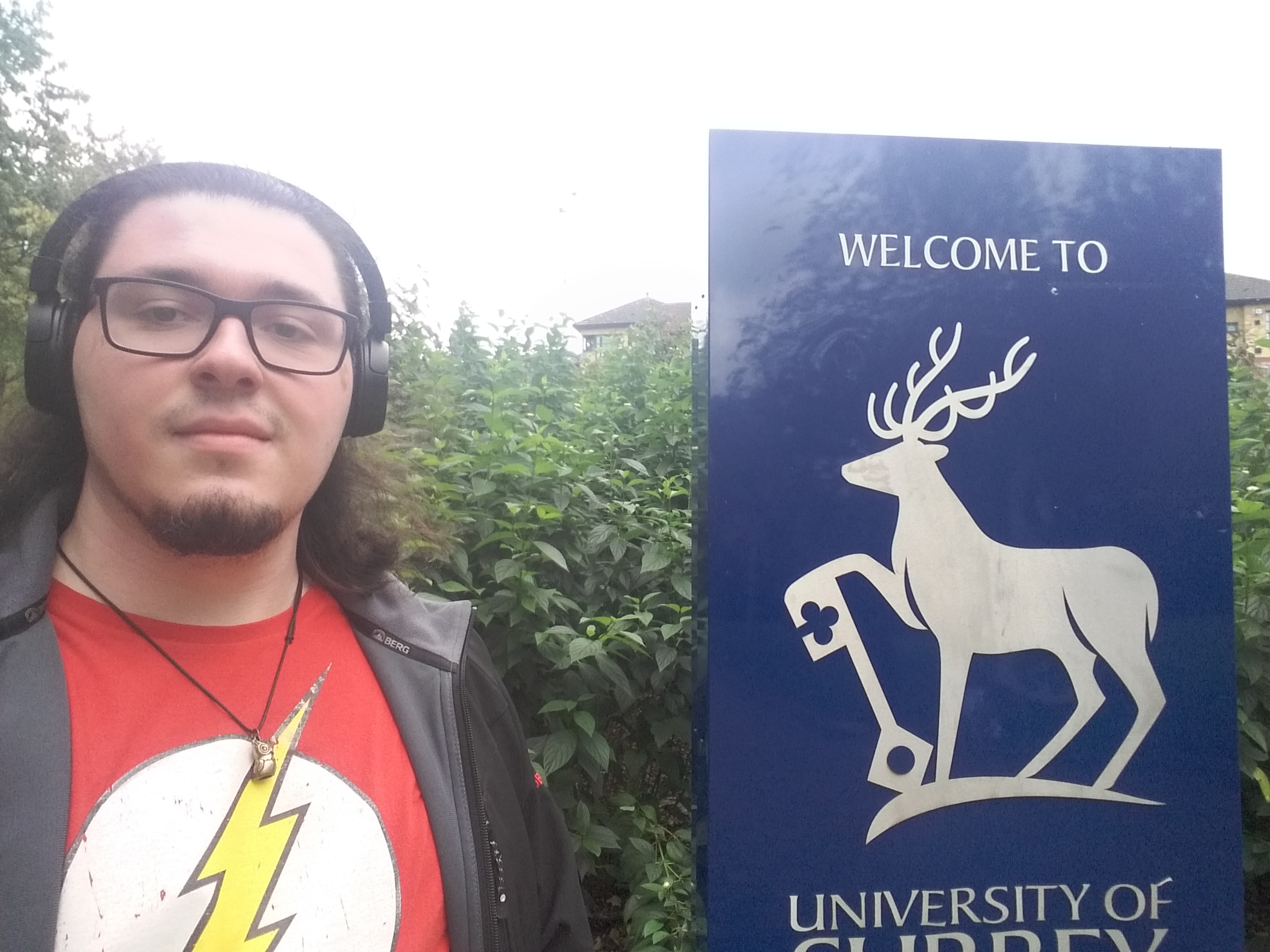 I will try to talk more about the problems and cultural shocks, as well as the university itself and all the amazing experiences that I have had here.

Hello guys! I’m Soomin Lee from South Korea.
I arrived here on 19th of September and am planning to stay here as an exchange student for one semester!

So far, I have been relishing my life so much here in Surrey!
First reason is because I can go anywhere in UK quite easily with Surrey.
Today, I will tell you about my trip to Stonehenge and Bath.

I don’t know what Student Unions do in your countries, but in my case, I was so surprised by what Students Union of Surrey does. It holds many events that are really useful for you. It holds many parties every week like Asian Nights so that you can socialise with many new people and enjoy dancing as well. Also, it holds markets every Thursday, enabling you to get some fresh vegetables and fruits easily, as well as special dishes from different parts of the world!

But the reason why I am mentioning Student Union now is because they even provide some programmes to go on trips! Using Tixtu, you can visit many parts of the UK with other people very easily. (Exchange students can join in, of course!)
Last time, I went to Oxford and enjoyed my time there.
And this time, I bought a ticket to Stonehenge and Bath where I’ve always wanted to visit since I came to UK!

On the 3rd of November, I woke up early in the morning at 7AM. Though it was quite early in the morning and I was pretty tired, I could feel the air so fresh and the sky so clear. I was so excited and ran to the Austin Pierce building where I was supposed to meet other people. As soon as I situated myself in my seats, I fell asleep right away.

After a few hours, I happened to open my eyes. I could see that the landscape outside was quite different from Guildford. The scenery seen from a coach window seemed rural indeed. A few minutes later, as I hopped off the coach, I could feel the chill.

Unlike what I had expected, the site was enormous. The huge plain seemed quite pristine. Albeit windy, it felt really good just being there. Stonehenge was standing quite far away from the entrance. After getting an audio tour guide, I hurried toward the Stonehenge. I walked and walked along the road, and it didn’t take too long until I see several buses pass by and realise that there is a shuttle bus that will take me to Stonehenge right away… Though I felt sooooo stupid as it was going to take me like 30 minutes to get the Stonehenge, I decided to be positive and take some photos instead, pretending as if I were a model.

Finally, I faced Stonehenge right in front of me!!! Though it was not as big as I expected, I could still feel something. Especially, with the audio guide, I couldn’t stop thinking about hidden meaning of this one of the Seven Wonders of the world.

“What was the purpose of the structure?” “What begot so many people to put in so much effort to move tons of stones to miles away?”
“What was the great motive to pass on this task for thousands of years?”

You know one thing I love about this country? The weather!
Many of you might wonder why, since the weather of UK is notorious for its capriciousness. However, I adore the moment when the sky is covered with woolly clouds and then suddenly draws away its cloud curtains open that I can see the clear, blue sky. It feels as if the weather is conferring me a grand opportunity to see its beauty.

But be careful, still, when you take a photo! Since it is basically a broad plain, it is so windy there. You might get a photo like this. So check after you take a photo if you don’t want to have Rapunzel’s hair in your photo! Haha.
.
.
.

On my way back to the exit, I, of course, took the shuttle bus which was welcoming me in ten different languages! (I was pleased to see one in Korean as well, which is  환영) At the souvenir shop, I quickly got a postcard to write down my feelings and thoughts, and I got back to our cozy coach which was going to take us to our next destination, Bath.

To be honest, I wasn’t expecting much from Bath, since I didn’t know anything about this city. However, as soon as I got out of the coach, I was overwhelmed by its distinct atmosphere. It felt like I was not in England anymore but somewhere else. (I cannot tell exactly where since I haven’t been to Southern Europe, but to me, it felt like somewhere near there)

Unfortunately, I didn’t have enough time to visit Fashion Museum where I could try on Victorian Dresses. However, just wandering around the city was good enough to make me pleased. Clay-ish colored buildings and fancy stores combined, the city was full of vibrant contemporary culture with a rich history and heritage.

The finest attractions here were Bath Abby and Roman Bath. The ticket for Roman Bath was quite expensive (14 pounds) and I only had one hour left. But at the last moment, I decided to get in.

And I think it was the best choice I made on that day.

I could look around the authentic Roman Bath which is the sole one in UK. Using an Korean Version of audio tour guide, the price of which is included in the ticket, I could relish the museum and the hidden stories of Roman Bath. With some authentic relics and so many videos which were made to restore the past, I could fully imagine the time when people actually used it. 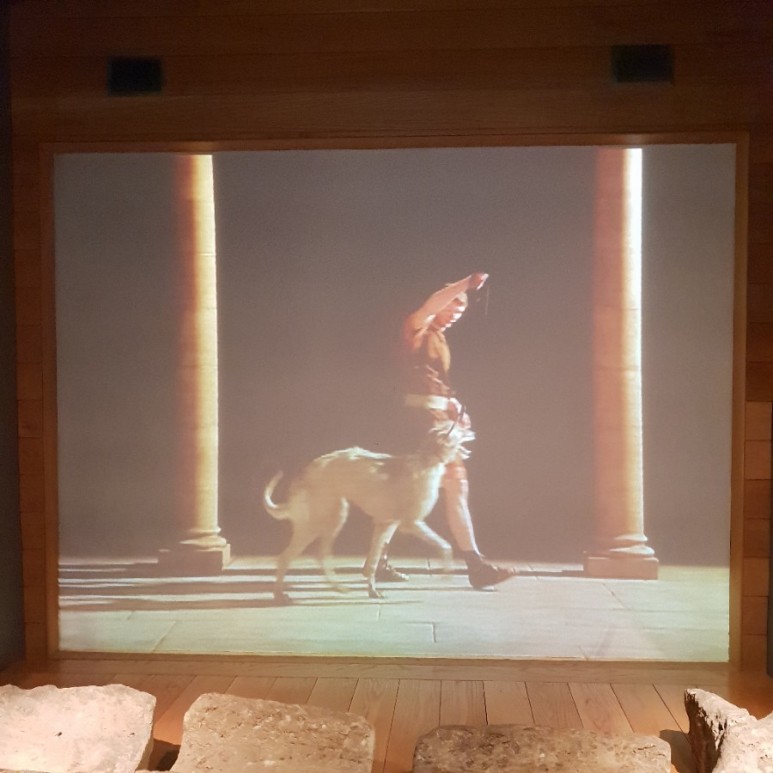 Back on the bus, I slept like a baby. It was a long day, but I would never forget that day!
Hope you guys can enjoy your time in UK, especially with Surrey as well!

By Alex Law   Whether you are coming from just across the channel or the other side of the planet, starting an exchange in a new country can seem daunting. In many ways it will probably remind you of starting school at your home university, especially the nerves and anticipation to see how everything will […]

By David Vine Hello again! It’s me, David, this time from sunny Orlando, Florida. Before my Surrey email account is deactivated (cue the tears) I wanted to leave you with some parting words about leaving school and readjusting back home. As I think back on my time in the UK, and especially my last weeks, one […]

By Ni’ja Bradford One of the things I kept hearing most when asking people whether I should study abroad, “Do it, it’ll change your life.” Pretty bold statement, right? No matter how many blogs I read or how many people I asked some variation of that statement always came up. Safe to say I came […]

By David Vine Now that I’ve planted the travel bug in your brain, I’m sure that’s all you’ve been thinking about since you read my last entry. If it’s not, your time will come I can promise you. The worst part—maybe even the only bad part—about traveling is that it can quickly and very effectively […] 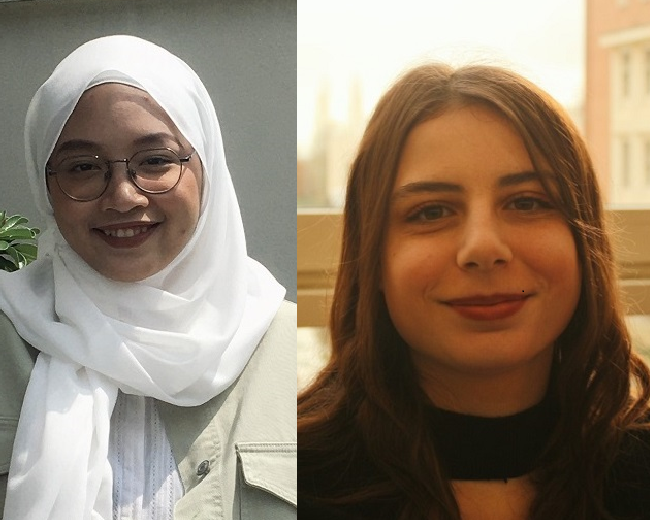 Hi! We are exchange students from Malaysia and Italy. We are on a study exchange at the University of Surrey this semester and hope our blogs will inspire you to take a semester or two out to study at Surrey!