Apa khabar? I hope it is not too late to wish ‘Selamat Tahun Baru Cina’! Hope you guys had a good new year. May the year of the goat be a blessed year for all.

It is the time of the year when the Malaysian society at Surrey gets busy again. We have a number of events lined up for the next 3 weeks. We would be having our Chinese New Year celebration in just 4 more days and it is only 2 weeks till OneWorld Week. Basically OneWorld Week is a yearly event organised by the Student Union which lasts for a whole week. International student societies come up with individual events and performances to showcase their diverse culture. The highlights of the OneWorld Week is the final night which is called IGala. Igala is the night where international students represent their country to perform. May it be singing, dancing, a short play or playing traditional musical instruments. It could be just anything.

Last year, I was forced by some fellow Malaysians to take part in IGala representing the Malaysian society for Indian dance.I had to lead the Indian dance but thankfully, we had another dancer who has some experience in dancing. She helped us choreograph the dance steps. As it was the first time our society performed during Igala, everyone was really excited about it. I would say that we were pretty good. Taking into consideration we only had about 7-8 practice sections and we made use of the resources we had. It was only at the last minute we decided that we were going to perform. Therefore, due to scarcity of time, we did not manage to think about costumes or raise enough money to even borrow them.

However, this year we strive to give a better performance. We have been planning this since the beginning of Christmas break but only putting it in action now. This year again with extra responsibilities I am going to lead the Indian dance. Hopefully we would be fine with the help of YouTube videos to help us choreograph. As I am still new to dancing. We are all really excited about the OneWorld Week. You would be too when you are here!  It is here in Surrey that I discovered my hidden talent. Maybe you would too. So don’t be shy, it is the time for you to shine and get the most out of your university life.  Here are some photos from 2014 OneWorld Week. 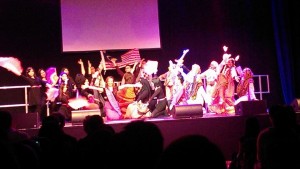 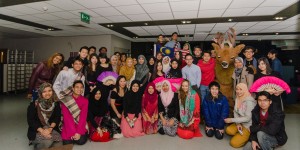 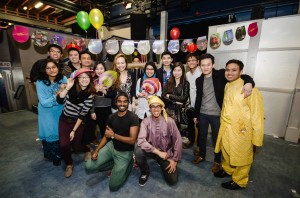 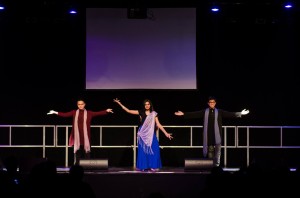 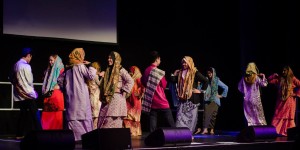 Till the next time,