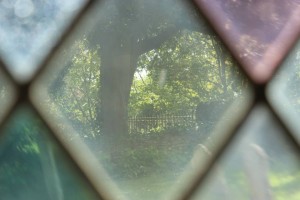 Whilst browsing through the shelves of a small second-hand bookshop in Aberystwyth in1994, I came across a Penguin translation of The Book of Margery Kempe, an apparently autobiographical text written by a fifteenth-century wife and mother living in Bishops (now Kings) Lynn in Norfolk in 1436. Deeming it ideal for the evening course on women’s writing I was teaching at the time to supplement my income as a (very) part-time schoolteacher, the volume intrigued me. There were no women besides Julian of Norwich writing in English during the Middle Ages, right? In fact, women were illiterate, uneducated, downtrodden and had no access to reading and writing, right?

Later, much later, with a PhD on Julian of Norwich and Margery Kempe and a career as an academic medievalist behind me, I am struck by the extent to which such misconceptions and misunderstandings abound, as does the lack of consideration of the extent of medieval women’s contribution to what we call the literary ‘canon’: that is, writings deemed to be ‘important’ and ‘worth reading’ by named authors (Geoffrey Chaucer, for example). This is not to decry the superlative work undertaken during the last century, and into the present one, by increasing numbers of feminist scholars to make visible medieval women writers and their often complex input into literary production (as patrons, compilers, scribes, collaborators, as well as book owners, readers and, very often, writers). Indeed, whilst both Margery Kempe and her contemporary woman author, Julian of Norwich, both claimed to be ‘unlettered’ (that is to say, unable to read or write), the deep levels of learning and widespread knowledge these women show in their writing point towards ‘unlettered’ as being, perhaps, part of their striving for modesty – or even self-protection – within a culture that was more fearful of writing that was not in Latin, than that written by a woman!

Margery Kempe was certainly a woman who needed to devise multiple strategies for self-protection: as a wife of an important merchant and mother of fourteen children, her compulsion to live as a semi-itinerant holy woman went very much against the grain of her society. Her unorthodox travelling on pilgrimages, perpetual pious conversation and practices (loud crying, uncontrollable fainting and thrashing about with her body) led to multiple arrests, threats of rape and other forms of assault in attempts to control her bothersome behaviour. Her protective strategies included allying herself to influential and powerful churchmen; allying herself to politically central members of the nobility; allying herself to Christ, whom she claimed visited her almost every day; and always moving on to escape local dangers.

Clearly, these strategies were effective, since Margery Kempe survived well into what was then deemed to be old age (she died in about 1438 at the age of 65), but not before she had found her own way home from an impulsive trip to Danzig (now Gdansk in Poland, but formally part of northern Germany) to where she had sailed at the age of 60, without money or belongings or the necessary permission from a priest, with her newly widowed daughter-in-law to what was her home town. This was a part of Germany that had a long history of women’s writing as being of central importance: writers such as Gertrude of Helfta, Mechthild of Magdeburg and Mechtild of Hackeborn, who had lived at the nearby nunnery of Helfta nearly a 150 years before, continued to enjoy widespread popularity. Indeed, Mechtild of Hackeborn’s book was likely drawn upon by the Italian ‘canonical’ author, Dante Alighieri in his writing of the famous Divine Comedy. Another canonical Italian author, Giovanni Boccaccio, actually mentions Mechtild by name in his famous Decameron which, in turn, was a major source for Chaucer’s The Canterbury Tales fifty or so years later. Surely Margery Kempe, with her predilection for holy conversations and for visionary encounters with Christ, would have found strong and authoritative role-models in these Helfta writers, especially Mechtild of Hackeborn, whose book recounting her own visions had been translated into English by the time Margery came to travel and was clearly being read by nuns, monks and ordinary people in England during the same period? Indeed, a number of the visions eventually written down by Margery in her book closely resemble some of Mechtild’s, as does the language used to describe them in the English translation.

Margery Kempe travelled back from Danzig to Bishops Lynn alone (finding the occasional – and usually very temporary – travelling companion along the way), journeying along pilgrim and established trade-routes via Magdeburg, Helfta, Erfurt and Aachen, all strong centres of female spirituality and learning in the thirteenth century and centres for the preservation and circulation of women’s writing during Margery’s time. It is, I am sure, not coincidental that, upon her safe arrival back in England, Margery travelled not home to her family but directly to Syon Abbey on the banks of the Thames near London – a nunnery devoted to another of her role-models, Saint Bridget, a visionary women writer who had been sainted in 1391. At this time, Syon’s library contained many copies of Bridget’s writing, as well as that of Mechtild, whose name was frequently used to offer authority to all kinds of writing, prayers included, which bore associations with Syon. However, one of the two surviving copies of Mechtild’s book in English belonged to Cecily Duchess of York and still bears the name – possibly the signature – of her son, the recently found and now re-buried King Richard III, on the inside of its back page.

So, European trade and pilgrimage routes were more than just travel routes for people: they were travel routes for conversations, stories and, crucially, women’s writings, which journeyed across Europe both orally and physically, finding their way into so-called ‘mainstream’ or ‘canonical’ culture and becoming fully integrated into that culture via its influence and appropriation (think again of Dante, Boccaccio and Chaucer). It becomes clear, then, that thinking of medieval women’s writing as part of a different tradition from ‘the (male-authored) canon’ or ignoring its centrality altogether is, to quote the important medievalist, Barbara Newman, something that ‘leaves half the story untold’.