Hello guys, it’s been a while. I’ve been really busy with my final-year project (which I won’t tell you about because you definitely don’t need to start worrying about it before even coming to university) and with various social activities. March is usually a really busy month for activities at Surrey. It’s also the last month before Easter so a lot of stuff happens. Speaking of Easter, this week is the last week before the holiday, which will be 4 weeks (pretty much all of April). I’ll be going back home but I’ll try to blog once or twice while I’m there.

So a little about what’s been happening this month. Two weeks ago, Surrey had its One World Week. This is basically a week full of activities and events showcasing different cultures. The whole thing is organised by the Student’s Union and many societies take part. The flagship event of the week was the One World Gala, where different societies showcased song, dance and other arts from their countries/regions. The Arabic society participated, we did a short Dabkeh dance (I assume most of you know what this is). I took part in that even though I had absolutely zero prior knowledge of dancing. We practiced really hard for a couple of weeks then went out and performed on stage on the day. It was definitely some of the best fun I’d ever had. Sadly I haven’t got any good pictures of it.

The week right after One World Week was Climate Week. This is another week full of events and its main focus is climate change and what we can do about it. Both the university itself and societies (mainly the People & Planet society) contribute to that. I went to a few talks and participated in the NUS Blackout event on the Friday of that week. The NUS is the National Union of Students (sort of a student’s union for the whole country). The Blackout is a yearly event that takes place at a number of universities. What happens is lots of students and a few members of staff volunteer, and we go around university after hours and turn off all electrical equipment that has been left on unnecessarily (computers, lights etc.). After we do that someone takes this data and calculates how much electricity and emissions were saved by turning off all this stuff. It is a relatively small scale event but it’s fun and you feel you’re doing something good, especially if you’re a bit of an environmentalist like me. You also get a free hoodie and free pizza and ice cream after, which is more than enough reason to sign up :p One thing to know about the UK (and the West in general as far as I know) is that unlike us in the Middle East, they really don’t tend to turn things off when they leave. Even if it’s the middle of night and everything’s closed, you’ll still find many places with their lights on (that seriously confused me when I first arrived here in the middle of the night and tried to find someone to ask where the university was).

The last big event in March was Varsity, which happened yesterday. This is an event where another university comes to Surrey with all its sports teams and we compete in a huge number of sports (I think it’s about 40). This year it was Royal Holloway that came to compete with us. It’s really fun to go to the Sports Park to watch some of the games and support our players, especially if the weather is good, which isn’t that unlikely at the end of March. I only watched one game, which was the last game of the day: the men’s basketball. Because Surrey has one of the best sports facilities in the UK – Surrey Sports Park – watching a big game like that almost feels like watching a real professional game. The stands were completely full and the atmosphere was brilliant. It was a very evenly matched game and it went to the very end, but we won by 5 points. If you like sports by the way but have never been to a live event, I definitely recommend doing that when you get here. It’s a completely different experience compared to watching on TV. And of course England is one of the best places to watch live sports, especially football, since they have one of the best leagues in the world.

The last thing I want to tell you is how beautiful spring in Guildford is. The weather becomes mostly great, flowers start blooming all over and taking long walks becomes a very nice thing to do. I’ve always spent the Easter break here, this is the first time I’m going home. Most people do go home usually but if you stay, the nice weather combined with no lectures or deadlines for 4 weeks makes for a really relaxing holiday. So I’ll leave you with a few pictures of Guildford in spring.

One final note: once they push the clocks forward here (which they did last Sunday), the days start getting really long. This will definitely be a new experience for all of you, coming from the Middle East. Even now, in early spring, it’s getting dark at nearly 8pm. In the middle of summer, it almost stays bright till 10pm! 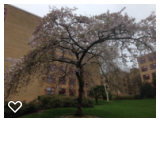 This one is on campus, which definitely becomes a beautiful place in spring 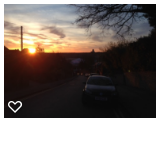 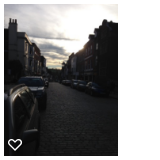 This is a view of Guildford High Street from the top end. The greenery and trees in the background are a great place for a walk at this time of year 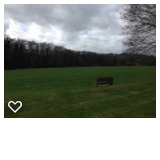 This is one of the many parks around Guildford 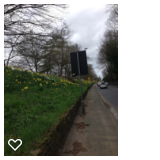 This one just shows you some daffodils (the yellow flowers) which really blossom in spring. They’re more or less the most abundant ones, at least in Guildford 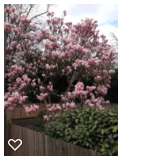 And lastly, this is just a nice blooming tree, the second most common colour you see after the yellow daffodils

Things to do in Guildford – Part II

This is Seema! | How I got to Surrey