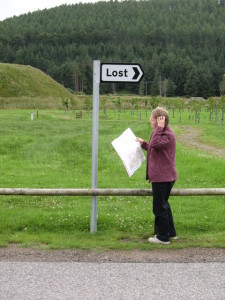 I’ll spare you the joke that prompted the title of this post, but is a thought that has come to mind often when thinking about a disfunctional organisation that seems to stumble from one problem to another, seemingly without a plan in mind. Much as it might be good for my academic career to have the EU come crashing down, I’m not at all sure that such an outcome would be the best one for Europe or the world. To use a hackneyed phrase, if the EU didn’t exist, then you’d have to invent it.

To be clear, this isn’t the same as saying that the bicycle theory of integration is correct: the European cyclist has been brought to a standstill often enough for us to see that isn’t the case. Likewise, the resilience of the system in the face of all that has been thrown at it suggests that there is some deeper value in pursuing close cooperation between member states.

In short, the EU might be in a mess, but we still need it to provide the outputs it does.

The mess comes in a number of different parts, that we might usefully separate out from each other.

The first is perhaps the most critical, namely the collapse in useful outputs. The eurozone crisis continues to erode the  value of membership for both poor and rich member states. The failure to find substantial common ground over Russia, Syria, ISIS, Libya, the WTO agenda or climate change might be less critical, but given that all of these are trans-national in impact, it is unsurprising that many wonder what the EU is good for, if not these kinds of things. Even internal regulation finds itself more and more pushing up against politically-sensitive questions of sovereignty, as with free movement or tax regimes.

Alongside this is the continued failure to generate affective belonging. The penetration of European identity into national identities remains relatively shallow, just as the sites for expressing such European-ness remain relatively rare.

Finally, and cross-cutting the other two, the organisational structure of the Union causes problems of its own. Its nature as a power-diffuser makes it hard to push through reform, just as it makes it hard to incorporate bottom-up input: as Andy Carling notes, the European Citizens’ Initiative looks to have died on its feet, for all its good intentions and support.

All doom and gloom?

This is a very negative and pessimistic reading of the situation and one that involves joining together some dots that don’t really belong together.

If we look at the latest Eurobarometer data, public support for the EU and its works continues to improve from its tough after the darkest days of the eurozone crisis. Likewise, the data reminds us that trust and support in all public institutions is experiencing a secular decline, so the EU is not alone in suffering. Consequently, if we are to find solutions, then we need to look beyond just the EU too.

By coincidence, I’ve just finished reading Francis’ Fukuyama’s Political Order and Political Decay. While Fukuyama doesn’t seem to understand the EU very well, he does offer some interesting ideas about the factors that underpin effective political organisation. In particular, he points to the need for the existence of a functioning state, the rule of law and systems of accountability to be in operation for political order to be possible.

For the EU, the picture looks mixed, at best. The entire system is founded on the rule of law: indeed, one could argue it is more law than anything else, with the use of supremacy and direct effect. But the state-like capacity is very limited, given the continued foundation in international treaties and the unwillingness of member states to cede further responsibilities or resources to the European level (think Eurobonds, to take just one very pressing example). Similarly, while there is much more accountability than in other International Organisations, the Union still fails to provide the level of popular involvement or responsiveness of any of its member states, again because those states do not want to reinforce the authority of the EU.

It’s all a bit EL James, in that states chose to tie their hands, but retain ultimate control about how they are tied and about what they will not accept.

Unlike James, the states still need to work together to provide the policy outputs that they cannot reasonably or sensibly produce by themselves. Thus they find themselves locked into a system that produces not just legislation, but also problems.

So what’s the way forward? If we assume that we can’t take the advice we started off with, and that we have to start from here, three basic options present themselves.

The first is to concede that the system doesn’t work and that there has to be some kind of retreat. That doesn’t have to mean a collapse, but it does imply giving up much of the effort that has gone into affective identity-building, reducing back to a core set of functions around the single market, with member states going in different directions on other policy areas as they see fit. There would be a lose to accountability, as more technocratic approaches took over, but this might be offset by a reduced concern about the Union as a threat to state function and identity. In other words, it would be back to the days of the EEC.

The second is to say that the system doesn’t work and that it needs to be pushed further. More functions would move up to the European level, which would gain in legitimacy, transparency and accountability as it became something much more like a state. This is the USA model, with a more obviously federal structure being exerted over time.

The third option is to be much modest and look for incremental solutions. If we take the view that the first two options are politically unacceptable, then we try to build localised solutions for localised problems: we solve the eurozone with eurozone reform, rather than wholesale EU reform, runs the argument. This does get around the collective action problem (to a degree), but it means that the systemic issues remain unaddressed. Let’s call this one ‘business-as-usual’.

As you can see, none of the options looks particularly inviting or satisfactory.

But a key part of this is the level of public debate. In short, there isn’t really any. Even in the UK, the European issue hasn’t been very important so far in the general election campaign and it is unlikely to become any more visible.

This matters for a number of reasons. Most importantly, democracies rely on popular participation for their functioning and their legitimacy. But just as importantly, people have ideas and find consensuses.

Currently, the debate on the future of the EU is held between a small set of interested parties: politicians, think tanks, academics, journalists (sometimes). Many of those claim to speak for ‘the people’, but we might wonder at that. Each time I speak to non-specialist audiences about European integration, it is evident that the knowledge gap remains very marked.

Popular engagement of a different kind is needed. In all the calls for referenda on membership, there is still an assumption that others know better and that people should follow their cues. But in an age where the capacity to solicit and collect popular contributions is greater than ever before – see the LSE’s UK Constitution project for a great contemporary example – we might do well to explore different avenues of participation and consideration of the issues at hand.

None of this would be easy, and it certainly wouldn’t solve all of the EU’s woes, but it would mark a way forward that was democratic and constructive and allowed for different agendas to come forward.

We’re in it together: the tangled web of EU politics

That was the debate that wasn’t…