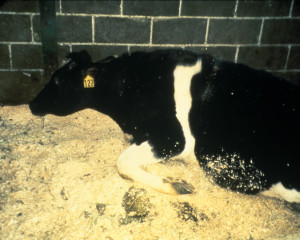 So here we are, phase two of Dave’s renegotiation-and-referendum gambit. The preliminaries have been dealt with and now we have the groups likely to form the official campaigns launched.

I’ve talked elsewhere about the group formation and the issues associated with that, and that’s certainly been much of the focus of attention so far in the media.

However, less discussed has been the relative quality of the arguments advanced by the different sides, a difference that reflects the intrinsic imbalance between the two. More particularly, one side sounds a lot more comfortable than the other.

To listen, and then read, the official launch of Stronger In/Britain Stronger In Europe/BSE (sic) on Monday, plus the attendant media coverage, was a rather painful exercise, as public figure followed public figure with a stilted combination of facts that might not stack up, dark mutterings about the risks and appeals to common sense.

Certainly, neither side is presenting itself as arbiters in a national conversation about what membership might be, or what the UK’s role in the world is (both lots just say the world’s our oyster if we only care to lift up our eyes). While I know I’m predisposed to being pessimistic about that happening, there’s little to inspire me to say that we’re witnessing a bright bold new phase in our relations with continental Europe.

But this is an aside to the point outlined above, namely that the Remain campaign has yet to find its voice and its argument in this debate.

The Leavers have had the inestimable advantage of building from critiques of European integration that have been extensively road-tested over the past two decades or more. That we’re even having a referendum is testament to the power of the arguments about democracy and popular will that sceptics and opponents of the EU have been instrumental in advancing down the years. As the agenda-setters and the frame-setters of the debate in the UK, they have been able to draw on a deep well of practice and contextual understanding.

By contrast, the Remainers have tended to be reactive, trying bat away the challenges, defuse the myths and generally make the issue go away. Precisely because they hold the status quo position, there has been no incentive to go out and make their own case, especially when there’s no immediate up-side in sight: the public is at best indifferent, at worst sceptical; the media isn’t really interested; politicians can see easier ways to win (re-)election.

The upshot is that the arguments they make look rather raw. The determined focus on ‘stronger’ and on ‘Europe’ (rather than ‘the EU’) has the feel of a strategy driven by focus groups, rather than anything that has been used in vivo. Jon Worth makes the good point that it sounds deeply disingenuous as a message and is simply grist to the Leavers’ mill. Moreover, such a monolithic approach is going to be deeply exposed to the rich and varied tapestry of the coalition of Leavers.

If the Remainers are to progress, then they have to build in both depth and width of approach.

The width aspect is the easier of the two, for it requires only that more voices come through to articulate their motivations for membership. Certainly that will mean hearing from some people who one might personally prefer to be quiet – a problem that sceptics have long endured – but the global benefit is clear: an image that this isn’t just the opinion of a bunch of oddballs (defined however you wish), but a widespread part of public opinion. In short, reversing the sceptics’ approach since Maastricht.

The depth issue is more tricky, for it can only come with engagement with the other side. Only by testing in the field can the arguments and points that stick be identified, honed and deployed more widely. In particular, the interaction of different messages – patriotic, economic, emotional, social, political, etc. – is a delicate one that needs to be modulated for different audiences. If that modulation can be coupled to the broadening of the campaign, then it is likely to be more effective.

In short, we need this campaign to become more like the debate I outlined at the start: if we don’t know where we’re going, how can we decide how best to get there?

A bit of problem for #SayNoEUTour?