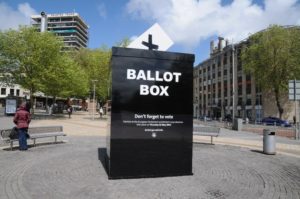 Yesterday’s announcement of the official campaign groups for the British referendum on EU membership came a day earlier than expected: it’s been just about the only date that hasn’t been known from a long time out. That surprise timing reflects both the sensitivity of the issue and the delicate politics of any action by those involved.

The decision itself was the one that had been longer expected. Only one group submitted to be the Remain group and was approved in that role: Britain Stronger In has long been the sole focus of pro-membership activism. On the Leave side, there were competing submissions, but Vote Leave was the one that was selected. There was nothing in the decision that would particularly surprise those involved, whatever their hopes might have been.

Britain Stronger In was founded with a very clear mission to be a cross-party platform for the campaign, one of the areas that the Electoral Commission considered in its submission. But it was also a function of the way in which David Cameron had to come to the referendum, via the renegotiation that concluded in February. This required that he not be actively involved in the Remain campaign prior to that point – which in turn meant forming a group of figures from across the political spectrum, together with business leaders and others, was a necessary holding position.

By contrast, Leave never had an anticipation of Cameron coming to their side, so there was much more scope to lay down the markers needed to secure the designation. However, Vote Leave has always been in the stronger position on this, with its initial leadership and directors being drawn from a mix of parties, as well as non-party political individuals. By contrast, Leave.EU was seen to be very close to one party, UKIP, largely by dint of the centrality of their donor, Arron Banks, in the funding of the group. Even though UKIP itself was never fully aligned with Leave.EU – witness their MP Douglas Carswell’s decision to be part of Vote Leave – it became easy for Vote Leave to play up this weakness in their case.

In recent months, Leave.EU has tried hard to get around this, most obviously by being closely involved in the establishment of another group, Grassroots Out, which has had a very active campaign of public events and local canvassing. While that has been more successful in gaining support from different party political and business figures and while Leave.EU has easily the largest network of campaigners, that has not been enough to convince the Electoral Commission of its merits (Grassroots Out being the group that actually submitted a bid, rather than Leave.EU).

The reaction to the decision was predictable, in that both Leave.EU and the Trade Unionist and Socialist Coalition (which had also submitted for the Leave bid) decried the decision and Banks spoken forcibly about seeking a judicial review of the decision. We will find out shortly whether that will actually happen, but the extent of the Electoral Commission’s explanation of its decision (a 90 page main document) makes it hard to argue that this was a ‘political stitch-up’, to use Banks’ words. Moreover, such a review might end up postponing the referendum until the autumn, which might not necessarily be in Leave’s favour: Remain are these less prepared camp, so more time means more scope to up their game in both their reach and their messaging.

At the same time, Banks does make a valid point when he accuses Vote Leave of looking a bit too much like the Establishment choice. All of the most pugnacious characters in Leave have been aligned so far with Leave.EU or Grassroots Out: Nigel Farage, George Galloway and the rest. Boris Johnson might be the blue-eyed boy of the camp, but he’s not their pit-bull. This decision might mean that some of the mobilisation secured by Leave.EU so far is lost as the public focus swings more to Vote Leave.

Compounding that potential problem will be the question of what role immigration now plays in the debate. While Farage and others have been very happy to link it into the EU debate, Vote Leave has been much more reticent, not least because of the need to keep politically moderate politicians on board. Now having the designation is likely to make this even more the case, as more people come to the group, which means that one of the most effective lines of argument might be closed down.

Of course, once the dust has settled on this decision, the crucial test will be how well both groups can perform in the period up to 23 June. Their designation means that they gain access to both broadcast media and to peoples’ homes, with their pamphlets. As the furore over last week’s announcement by the government to circulate another, pro-membership leaflet has shown, these are a vital means of bringing key ideas and arguments to people who might otherwise not see or hear much.

As this referendum moves into its last, official phase we will finally see how far either side can make a connection with the electorate, both for the vote itself and for whatever future relationship the UK might have with the EU.

This was originally posted on the ‘UK in a Changing Europe’ programme’s website.