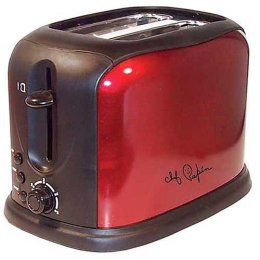 Insert metaphor about how toasters can kill if you’re not careful, apply to referendums

One of the most interesting aspects of the EU referendum campaign so far has been the extent to which things haven’t changed.

Six weeks into the official period, we still have polling that gives no clear advantage to either side, nor even an indication that attitudes have changed at all: the don’t knows still make a solid 10-15% and have done for months. As we’ve been reporting on our social media monitoring, there’s no big explosion of public interest that can be detected.

All the lines of attack taken by either side have been ones that were long apparent and all have been countered (broadly speaking) almost immediately.

There’s been no big shock (unless you though Boris Johnson was actually doing the donuts himself), either within the UK or outside.

In short, things looks very much like they did: close.

Which makes this week’s sounds from the Remain camp all the more perplexing.

To read the Telegraph, following a poll that showed a big lead for Remain, was to read a worldview that said ‘job done’: the swing had come in, the messages had got through and now it was time to just cross ‘t’s and dot ‘i’s.

Regardless of what politics might be going on behind this, this looks at best irresponsible and at worse, damaging.

If last year’s General Election taught us anything, it’s that polling has a problem and for all the remedial work done by the industry since, they still have a problem, as evidenced by the continued divergence of telephone and online polling results. If even if they didn’t have a problem, then to take one of two polls as hard and fast evidence for a swing is bad practice (as Tuesday’s ICM poll neatly demonstrated).

If that’s irresponsible, then it’s equally important to stress the scope for damage to Remain’s case.

One of the more robust findings we have to date is the ‘enthusiasm gap‘ (Leavers are noticeably more committed to their cause than Remainers, as so more likely to turn out). Remain’s big challenge has always been to convince people that they need to get excited enough about the (roughly) status quo option to go and vote. As one Remain campaigner put it to me last week, “what do we want? the same” isn’t a great rallying cry.

In such a situation, one way to get the vote out is precisely to focus on the closeness of the campaign: Austria’s Presidential elections has provided a nice demonstration that one’s vote does actually count for a lot. But if Remain try to play up a swing (whether or not it exists), then the urgency and importance of voting drops, to Leave’s benefit. With all modelling suggesting that turnout is the crucial factor, any message that plays down the importance of mobilisation is going to hurt Remain.

To be clear, there’s no suggestion that the Telegraph (or any of the other outlets that ran with the story) are trying to work to engineer a Leave vote. Instead the issue is one that has been endemic in other referendums on European issues.

Where governments have lost such votes, in every case one of the key factors has been complacency. In the case of treaty ratifications, that has been driven by the weight of other member states’ ratifications and by the impression that the government’s hard bargaining on the text will be enough to carry the day. In the case of joining policy areas, the difficulty of the government reaching agreement to get to a vote in the first place does the same.

Here we have something a bit different. The government clearly didn’t expect to be holding this vote and it has recognised that the ‘new settlement’ agreed by Cameron in March isn’t enough to make the case, so it hasn’t gone in with its eyes shut. However, the capacity to bring many big guns to bear – international leaders, all but one party leader, most economists – and the subsequent command of the rational agenda has lent the impression that things must come right. Tony Blair is the purest expression of this sentiment to date.

This is very much to miss the dynamics of what is happening. As Janan Ganesh wrote yesterday, the EU ‘debate’ looks and feels a lot like the elite talking with itself, rather than actually engaging the wider public. With old notions of deference long gone and the lure of populism hanging nearby, it seems all too possible to envisage a situation where the referendum is determined more by the alienation of the public from the political sphere than by any substantive issue.

I’ve framed this mainly as an issue for Remain – which it is – but it’s also something that Leave have to address too: if they win, then some of them will be stepping into the corridors of power very soon and they will have to make good on their promises if they are not to generate another cycle of disillusionment and disengagement.

The fight for this referendum is still very much on, but so too is the ability of politicians and other elites to speak for the people: ultimately, that matters more than any outcome on 23 June. And that’s why we have to recognise that this matters not just in-of-itself, but also as a marker of our democratic lives.