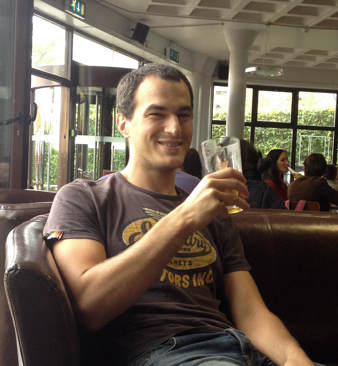 Yesterday I did something I’ve only done a handful of times before – I watched my PhD student undergo his viva voce examination.  For him it’s the culmination of nearly three years of work, and is part of the slightly curious system by which PhDs are awarded.  He spent his three years working with me and his other supervisor, exploring a new approach to calculating nuclear fission, he wrote it all up in a thesis of 180 pages, and then he submitted it.  The final stage, which took place yesterday, is that two examiners, who have read the thesis, grill the student about it.  It’s a strange kind of exam – in which the person being examined knows more about the details of what is being examined than the examiners, though the examiners will likely know more contextual stuff.

I’m happy to say that Phil — my student — did very well indeed, and the examiner was very impressed with his thesis.  Happy for him, but less so for me, is that Phil has a job using fluid dynamics in looking into fire safety for buildings, rather than staying in nuclear physics.  It also means that I’m looking for a new PhD student.  If you have a good undergraduate degree, and fancy following in Phil’s footsteps, please get in touch!

Posted on
September 27, 2014
Posted by
Paul Stevenson
Posted in
Uncategorized

The quest for longitude, coming to Guildford on 14th May

Institute of Physics talk from Clare Burrage at Surrey