Discover more about what it's like to be a postgraduate student at Surrey.

Ever wondered how the university campaign films are made? This blog takes a behind the scenes look at the postgraduate campaign film.

We started the day with filming in the biosciences lab with postgraduate student Claire. Having to put on bright yellow laboratory coats to enter the lab, the film crew set up a collection of lights and their camera (which was a Canon C300 Mii with Samyang Cine-Lens’, a.k.a an amazing camera). The lovely lab technician, Stacy, set up the beakers and test tubes with various coloured liquids, all with the help of food colouring to avoid harmful substances being used. Bunsen burners were also set up and then became the question of ‘how close can Dean with the camera get to the flames?’ Luckily no cameras were melted or eyebrows burnt in the making of this campaign film.

The film crew got some great shots of Claire as she used the equipment in the lab. 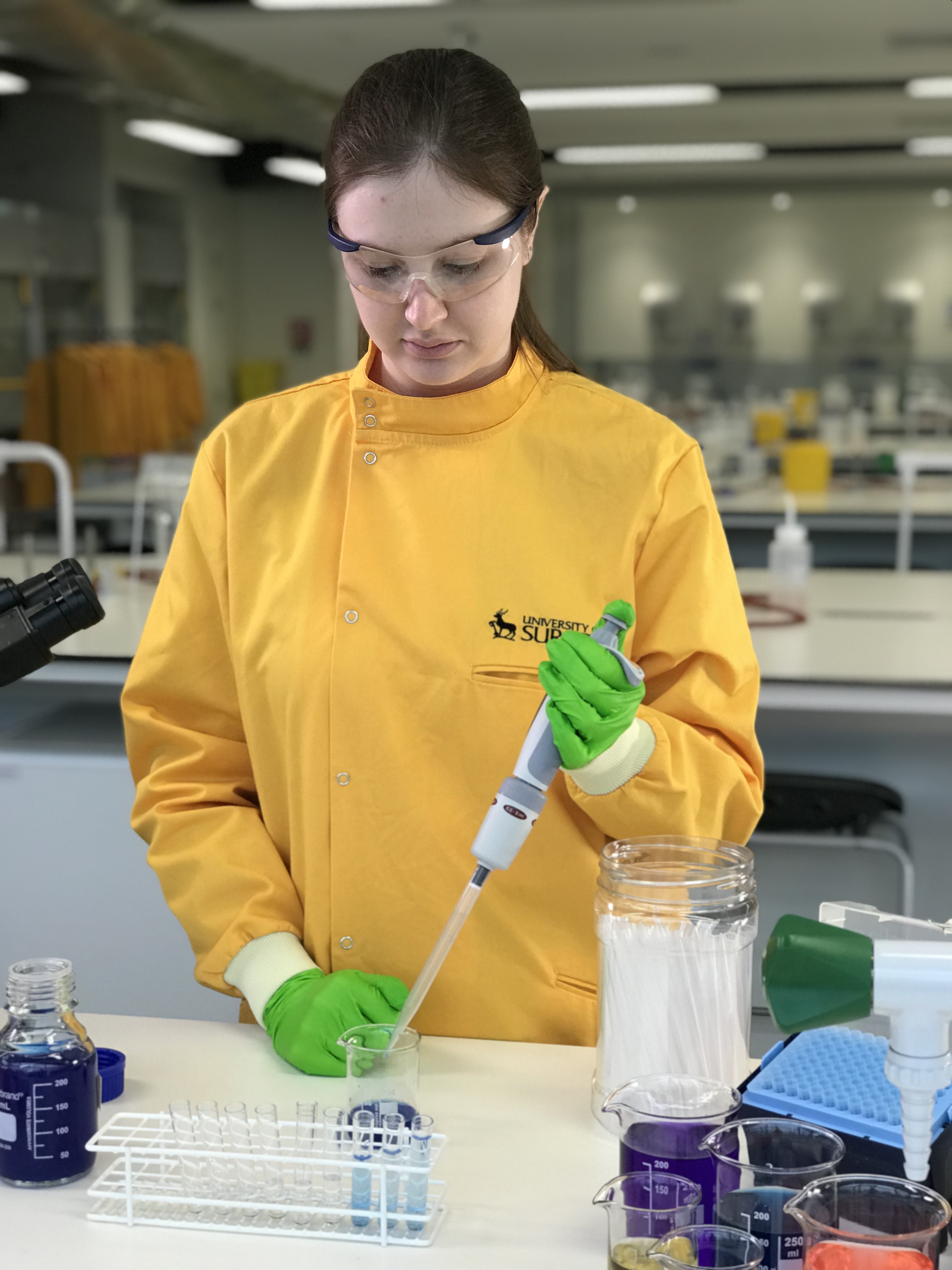 Moving over to the library with all the postgraduate students being filmed for a group shot. As the crew set up their equipment, the students chatted about their courses and how they’re getting on with workloads. Even with the range of subjects represented, students found that they are all in the same boat juggling projects and workloads.

The students continued their conversations when the crew were filming as there will be a voice-over which will overlay the video shots. These are recorded next with each student having the opportunity to explain why they picked the University of Surrey and their courses. The students talk about a range of different reasons, some picking the postgraduate course for the industry links, or the facilities on offer. Others chose to come to Surrey for the flexibility of modules and learning about their passion. They spoke about the help their lecturers offer them throughout the course and how they feel supported. 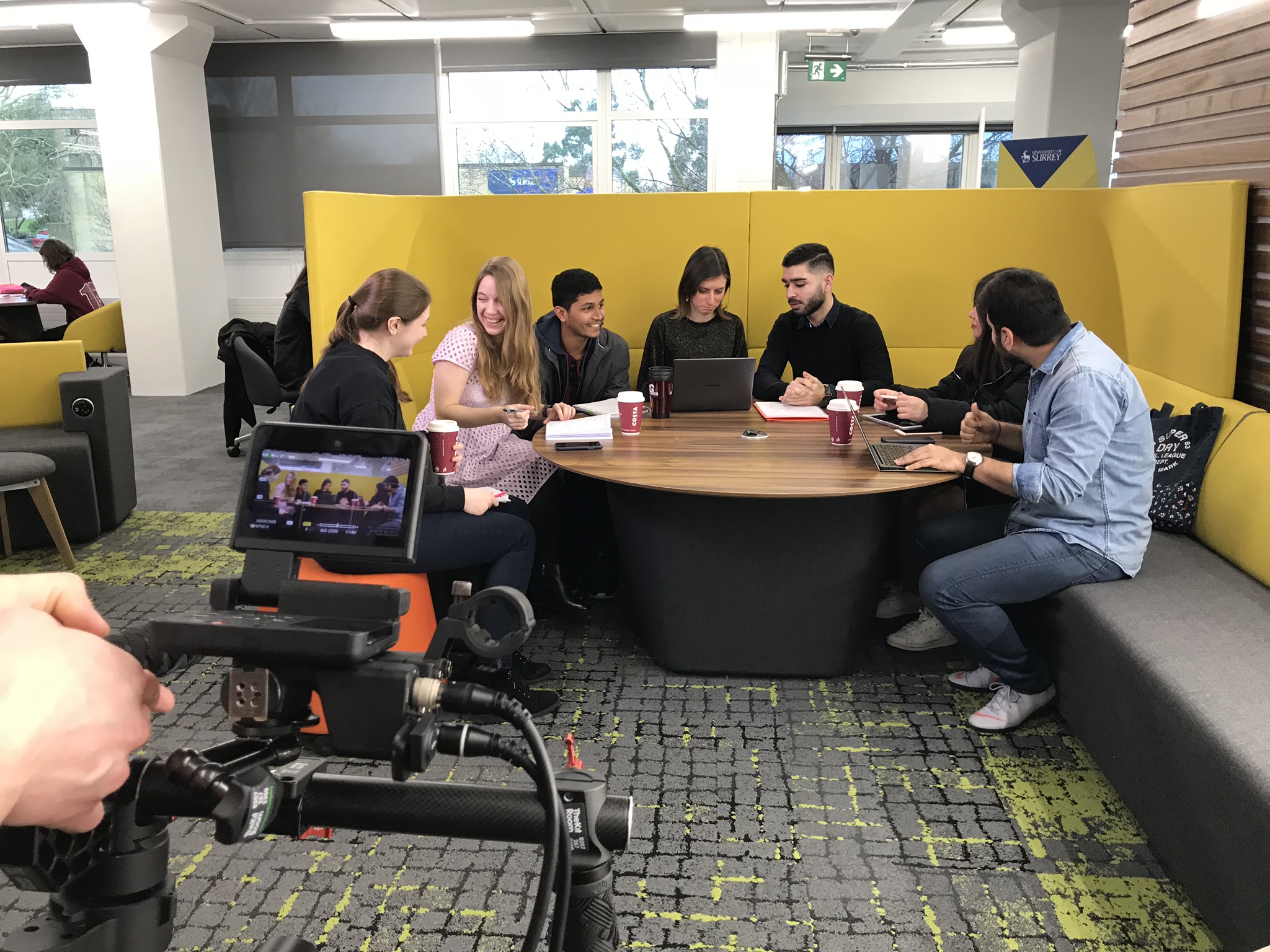 After hauling all the film equipment to the 5th floor of the library, filming continued with a smaller group of students. Using the rolling bookcases as a way to introduce the shot, bookcases were rolled backwards and forwards multiple times to see which gap would be best for shooting. The crew have to run through the shots with the camera over and over, to make sure the spacing and movement works on screen. This means, the students have to repeatedly do the movement to check timings and space. The actual process that the crew go through to get the right shots, is a lot more detailed than expected. It’s really interesting to watch how the film comes together. 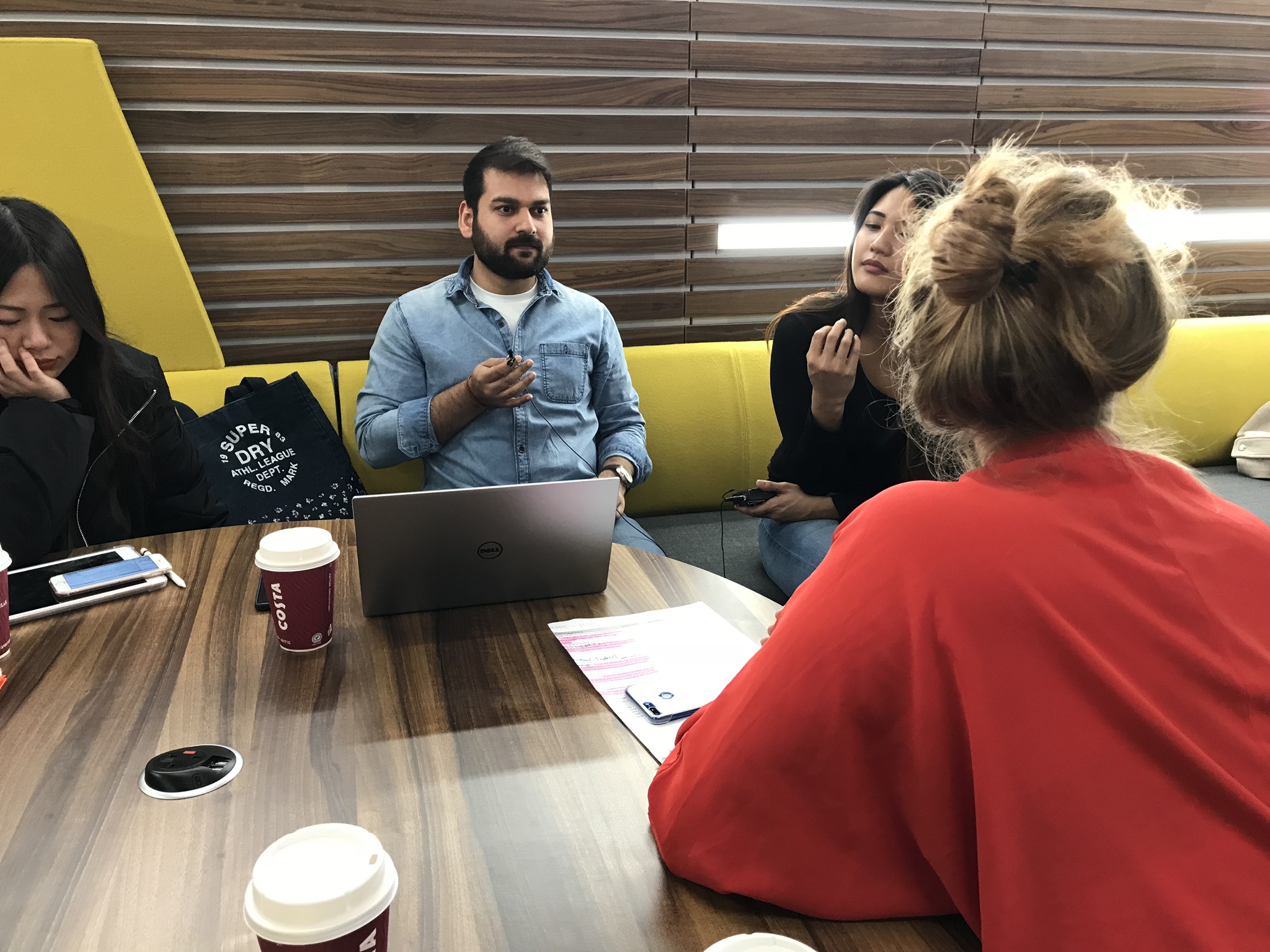 We’ve moved and now in the Centre for Vision, Speech and Signal Processing (CVSSP) where Karthik stands in the giant dome structure. Making use of the low lighting and some blue LEDS, the film crew have made the space look futuristic. By filming at a low angle the framing works well in the dome. One of the best parts of the day has been seeing various parts of campus I didn’t know existed or weren’t aware of what happened in the buildings. The CVSSP has so much amazing research going on and are making the most of the excellent facilities we have. 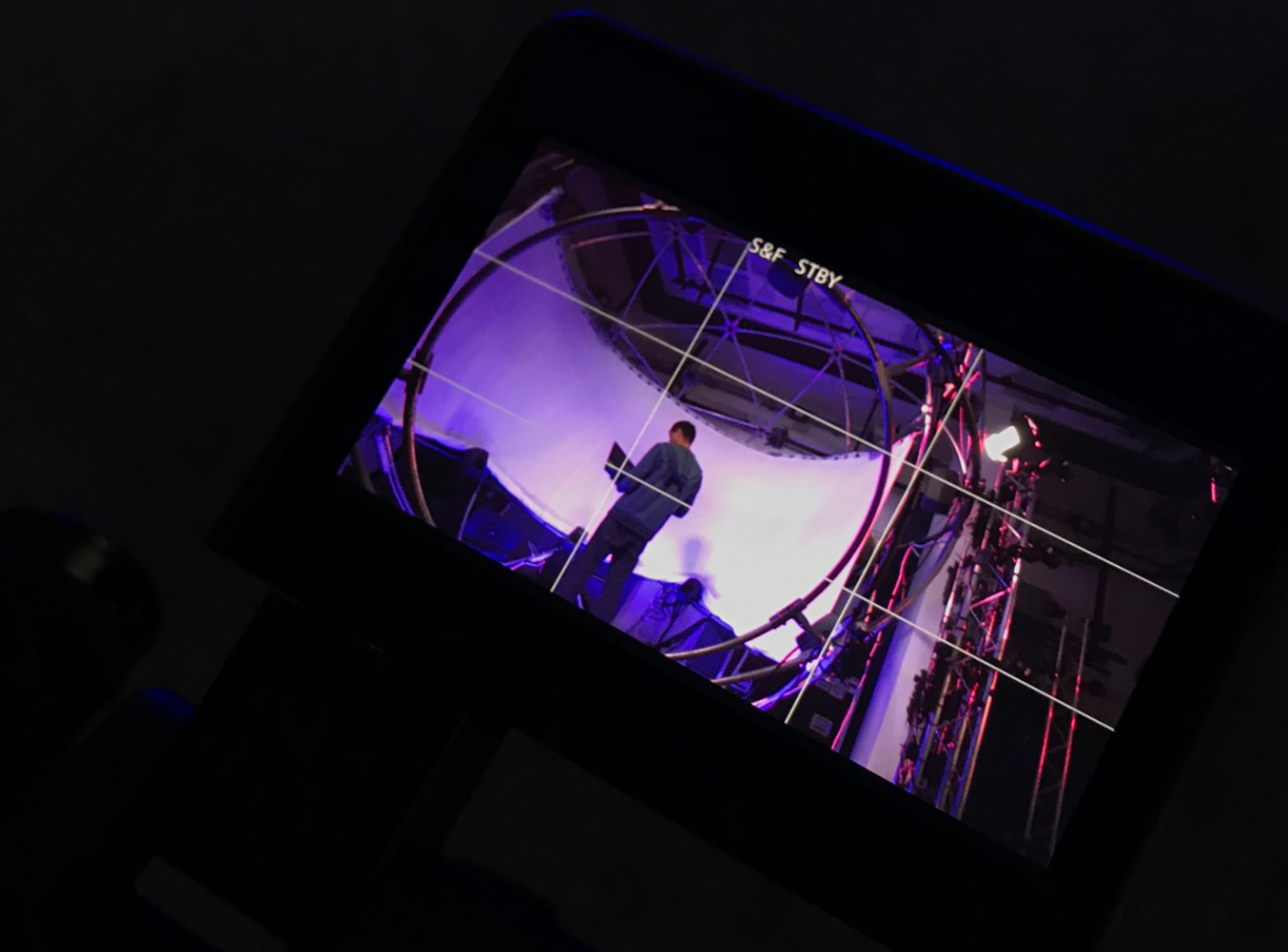 The Sports Park is the final destination for the day to get the last shots. Using the rock climbing walls at Surrey Sports Park, the crew filmed in 120 frames per second which meant when Julia clapped her hands together with the rock chalk, the slow motion looks really cool. Finishing off at the sports park, I feel I’ve been all over campus today, seeing both the academic and social side of facilities.

Going behind the scenes of the filming, has opened my eyes to the time and energy that goes into making a film which in the end will only be a minute or two long. It’s been an interesting and long day, but I can’t wait to see the finished product!

Posted on
March 14, 2019
Posted by
Chloe
Posted in
Uncategorized

Using your time at Surrey to build your career