Hi everyone! In this post I wanted to make you aware of a language program called the Global Graduate Award here at Surrey. GGA offers 11 different languages at different stages including Spanish, French and Italian but also Japanese, Arabic and Russian, you can have a look yourself on this website: http://www.surrey.ac.uk/school-english-languages/study/global-graduate-award

The classes start in October every year, are free for students and run over two semesters with two hours per weekly session. You do have extra exams and coursework for your language, but in my opinion it’s just such a good opportunity and totally worth it! So I chose to do French in my second year, because I never learned it in school and I have been really enjoying it so far. Knowing multiple languages is so valuable and I’m already looking forward to going to France again and actually being able to speak to people! Having studied Latin and Spanish before really helps and I don’t have to spend too much of my time revising for it. However, I think learning a completely different language like Japanese would be amazing too!

Also, I went to London this last weekend for an event called the Annual London Photohunt organised by the National University Photographic Societies. I was in a team with 4 other students from different places around England and we had different areas and specific locations in London we had to find and themes we could submit photos for after the event! All in all it was a super fun day, I got to explore London a bit more and met people from other universities, which essentially is the purpose of the event! This is just one example of the many society-run events happening here at Surrey 🙂

This is a shot I got of St Paul’s – London is such a beautiful city! 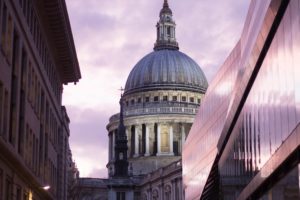 Trip to the Cotswolds