Russell taught some aspects of the sub-discipline as part of an undergraduate course. In 1979, the Department of Psychology was invited to host the appointment of the world’s first Professor of Leadership Studies.  While this was undoubtedly a significant appointment, it would be difficult to claim or indeed find evidence that this was as a catalyst for the development of either courses or research in leadership studies or organisational psychology more generally. John Adair had served in the Scots Guards in Egypt, and then became the only national serviceman to serve in the Arab Legion, where he became Adjutant of a Bedouin regiment.  John joined the Department having been an adviser in leadership training at the Royal Military Academy Sandhurst, and then Associate Director of The Industrial Society.

But occupational psychology only became a mainstream subject within the department in the early 80’s. In 1981, the Conservative Government decided to reduce public expenditure in both university budgets and student intake. This had a significant impact on Surrey as it suffered one of the highest reductions in government funding in the country, and “it soon became clear that the UGC had been highly selective in its cuts and that the former Colleges of Advanced Technology were to suffer far more than the traditional universities.”(Pick, 2002, 72) The University’s response to the reduction in government funding – approximately 25% in its annual recurrent grant over three years – was to close three Departments rather than ‘spread the pain’, as it was felt that the latter ‘solution’ would not be sufficient. The three Departments selected were Philosophy, Human Biology, and Home Economics. Dr Peter Wood was a member of staff in Home Economics, and in order to keep redundancies to a minimum, Peter transferred to the Department of Psychology where he could bring his excellent teaching skills and research background to augment the breadth of psychological expertise. Peter Wood was appointed as a Lecturer in Psychology and a Chartered Occupational Psychologist. For many years Peter taught a final year module in occupational and organisational Psychology, and also contributed module on Ergonomics for the MSc in Environmental Psychology. The MSc in Occupational and Organizational Psychology course began in 1995 when Peter, along with Dr Lynne Millward, developed the MSc Occupational and Organisational Psychology as part of the large scale programme modular Master’s courses (which included the counselling, health, social, MSc courses) developed by Glynis Breakwell while she was Head of Department.

Peter became its first Director for the initial intake in September 1995. Peter had graduated from Manchester University and received his PhD from the Loughborough University where he spent a large part of his early career in the Department of Ergonomics, and then the Department of Social Sciences undertaking research in vehicle ergonomics, consumer safety and stress behaviour. He also spent three years working for the Ford Motor Company researching vehicle safety systems.  At Surrey, he became the first Director of the MSc in Occupational and Organisational Psychology with research interests in shift work, organisational commitment and occupational stress. Peter retired in September 1999.

Other staff members who taught on the course were Dr Chris Jackson and, for a short time, Peter Hair.  Caroline Bailey replaced Chris Jackson, and Professor Fred Zijlstra was appointed to lead the Work and Organizational Research Group.  Whilst this group was productive, it was the MSc course that was widely known.  This was further enhanced as Lynne Millward, who had first been appointed to the department by Glynis Breakwell as her research fellow, took over as Course Director. 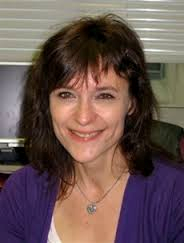 Lynne also took responsibility as Course Director for the undergraduate psychology degree injecting new energy into the course and steering it through a major restructuring, exactly the same qualities she brought to the MSc course. Lynne produced a body of research on, among other things the nature of the ‘psychological contract’ at work and returning to work after childbirth. Lynne sadly died of cancer in 2012, and this had a huge effect on the Department. In the brief obituary Chris Fife-Schaw wrote for The Psychologist, he captured well the sense of loss experienced by everyone: “it is for her relationship with colleagues and students that she will be most remembered. She was extremely generous with her time and support and prioritised the students making sure that they were able to grow and develop and that they had a good experience of university. Lynne was a great colleague who committed herself fully to everything she did and could be called upon to do anything. She was also great fun, enthusiastic about life and had an energy that was infectious.” (Fife-Schaw, 2012)

Subsequently Adrian Banks made a major contribution to developing the course. Fred Ziljstra left the Department to move back to the Netherlands where he became Professor of Work and Organisational Psychology in the Department of Work and Social Psychology, University of Maastricht. The dynamic Almuth McDowall replaced Fred Zijlstra, strengthening links to the BPS’s Division of Occupational Psychology of which she was Chair during her time as Course Director.  Impossible as it was to replace Lynne Millward, in appointing Rachel Avery the Department benefitted from another exceptional lecturer and academic who further enhanced the course and continued our reputation for teaching.  As occupational psychology courses across the UK increasingly moved into Business Schools, the Surrey course retained its identity as psychologists and emphasised the importance of teaching psychological theory to inform workplace applications until its closure in 2015.