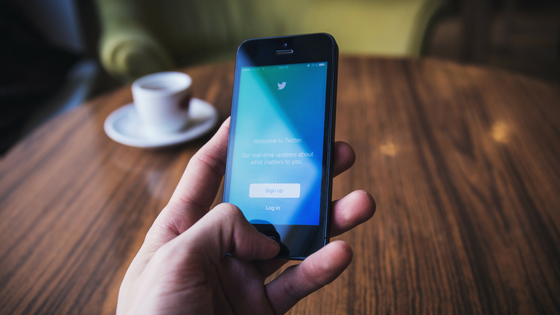 In this Digital Age, events aren’t just experienced in the venue they’re held in, nor just by those in attendance – half the action takes place online, more specifically on Twitter.

Events are particularly important in the Higher Education sector, and if you’re part of the team hosting the event, then you should really be live-tweeting. It can help you raise brand awareness, increase engagement, and draw attention to the event/campaign as it happens.

With that in mind, here are some tips on how to live-tweet during your event:

Events move very quickly on social media, so make sure you’re prepared as can be to ensure you don’t fall behind. Do your research – make sure you know the names of all the speakers and their Twitter handles (if applicable).

If you can, also try and anticipate what sorts of discussions and questions attendees will bring up and have your answers/responses ready.

On a more practical level, get a copy of the event schedule beforehand so you can plan out where and when you’ll be covering certain things. If there’s WiFi at the venue, make sure you’re connected before things kick off (and make sure the phone you’re using is charged!). Also try and scope out a decent seat for any speeches you’ll be attending in order to get good photos and videos.

Again, if you’re organising the event then decide on a hashtag during the planning stages and publicise this hashtag beforehand so that attendees know to use it. A decent event hashtag should be relatively short and easy to remember.

Once things get rolling, include the hashtag in all of your tweets (it’s surprisingly easy to forget this, it can be useful to have the hashtag copied to your clipboard so you can paste it straight in to each tweet rather than writing it out each time).

You should also monitor the hashtag during the event – if you use Hootsuite, then you could set up a stream specifically for it, though it’s still easy to keep an eye on it through Twitter – just search the hashtag.

When you see people using the hashtag, engage with them! Whether it’s retweeting posts or getting involved in the discussion, attendees (and even those not in attendance – more on this later) are much more likely to use the hashtag and live-tweet themselves if they see that you’re engaged.

Keep it varied – but be selective

Your posts can get pretty dull during an event if you’re just tweeting quotes of speakers – it’s best to mix things up. Chances are, quotes from speakers will make up the bulk of your tweets – that’s the nature of events – so change up the format. Maybe pose a question to your audience based on something that’s said, or go one further and create a Twitter poll about it.

"This whole placement experience has helped me overcome a lot of personal barriers and develop a more flexible way of thinking." #SurreyAmbition https://t.co/3OwWrDZ0Q3

Also, with regards to tweeting quotes and soundbites, don’t feel as though you need to include every single thing in every speech – you’ll quickly find out that it’s impossible to keep up. Instead, keep an ear out for particularly interesting parts and tweet those quotes. Space the tweets out so they don’t clog up people’s timelines as well.

As you’ll no doubt know by now, photos and videos attract more engagement than anything else on social media, so it’s important to use them during events.

Just like with quotes, you should only use the absolute best photos and videos you get – it’s about quality over quantity.

*actual journey might take a bit longer than this! 😂 pic.twitter.com/IGSZZpy7U0

A lot of events have a similar format – a speaker on stage talking to a seated audience. It’s difficult to get a variety of different photos and videos of that, so if it’s possible then try and get different angles and get creative with it.

Consider those not in attendance as well

Chances are, the majority of your followers won’t actually be at the event you’re live-tweeting from, so remember to keep your tweets as relevant to them as possible.

Provide context when you’re introducing a speaker – who are they? What will they be speaking about? How are you linked to them?

It can also be useful to provide links to more information when certain topics are being spoken about.

Once an event ends, it’s good practice to signpost that with a final tweet – usually thanking the speakers and attendees, maybe asking for a bit of feedback accompanied by a photo or video.

One of the many benefits of live-tweeting an event means that you’ll have plenty of content to share afterward. A handy way of doing that is to create a Twitter Moment, like we did for our mental health event with Ruby Wax last year: